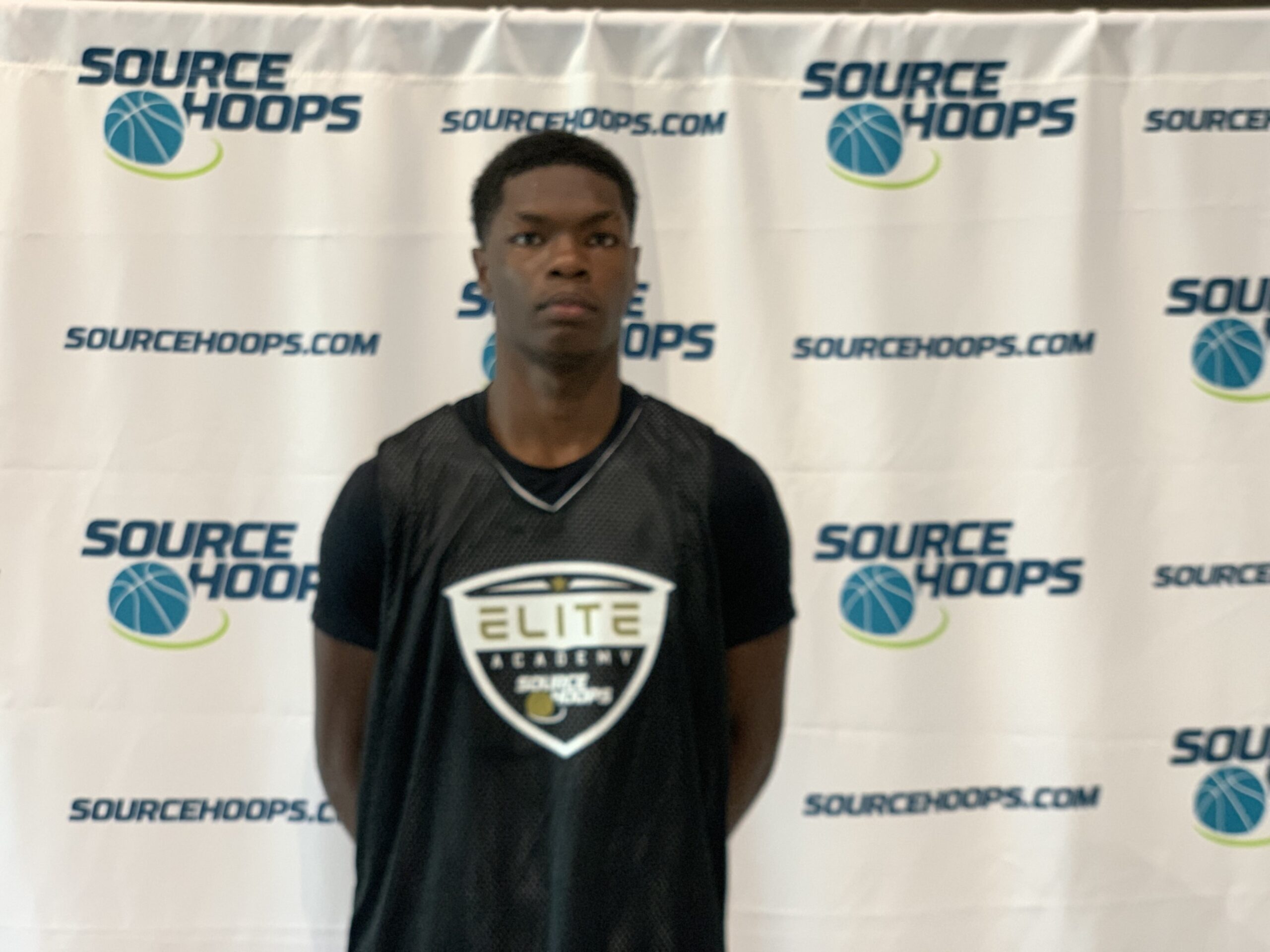 There was a lot of underclass talent running up and down the floor at The First Academy Fieldhouse as our Freshmen & Sophomore Elite Academy took play this past Saturday.  Throughout the week we will highlight those players that show great promise.

James Bass, Kissimmee Central Pointe Christian: A 6’10 sophomore, Bass proved to be a high major prospect with size, length and athleticism.  He scored well around the basket, actively rebounded the ball at both ends of the court, and was solid in his role as a rim protector.  Bass moves well up and down the court in transition and will only get better as his body matures and strengthens.

Chris Washington, The Villages Charter: A 6’8 freshman, Washington already has a high national reputation in the Class of 2026.  He has both the physical tools and overall skill level to be a high-major recruit sooner rather than later.  Washington has deep and reliable range on his perimeter shot, can put the ball on the floor, and makes good shot vs. pass decisions on the move.  He finishes well above the rim and is quick off the floor for boards and blocks.  He will naturally fill out and gain strength over the next couple of years, which will only make him that much better.

Travell Gallon, Tallahassee Rickards: A 6’5 sophomore, Gallon is a very good athlete that plays hard at both ends of the floor.  He rebounds well, can drive the ball and score in the half-court, and doesn’t shy away from contact.  Gallon has good mechanics on his shot and it will gain greater consistency in the future.  He is also an active defender that capably guards multiple positions.

B.J. Plummer, Tallahassee Rickards: A 6’3 sophomore, Plummer is long, athletic, and looks (and plays) taller than his listed height.  His perimeter shot is a bit unorthodox but it goes in.  Plummer surprised a bit as a capable passer, finding open cutters from the perimeter and when driving the ball to the basket.  An active rebounder on both ends, his long arms and quick leap allow him to get to missed shots before taller opponents.

Donovan Williams, Orlando The First Academy: A 6’3 freshman, played up with Team Breakdown 16u squad this past season.  He is a high-end athlete that rebounds, runs, and finishes above the rim.  Williams consistently attacks the basket off the bounce and is tough to contain when he gets a head of steam.  He handles the ball reasonably well and his perimeter shooting will only improve over the next few years.  Williams covers a lot of ground quickly on the defensive end, generating easy points for him or his teammates.

Luke Mayberry, Orlando The First Academy: A 5’11 freshman, Mayberry is the son of a coach and plays like it.  He handles the ball well, sees the court and delivers the ball at the right time to the right place.  Mayberry shot the ball well from the perimeter in the games we watched and he also was alert to attack the basket when driving lanes opened up.  A savvy defender, he is quick to disrupt the passing lanes or double-team the ball to force turnovers.

Ladainian Brooks (pictured), Fort Lauderdale Elite Academy: The 6’6 sophomore was pretty much a revelation on Saturday.  Brooks excelled at attacking and finishing at the basket as he has wiggle to his dribble, gets past defenders with long strides, absorbs contact and finishes with either hand.  A high-level athlete with length, he is a grab & go rebounder that is fast up the floor with the ball.  He always seemed to be pursuing missed shots at either end of the floor and played with a great deal of energy.

Sam Shoptaw, Lowndes HS (GA): Coming from the south end of the Peach State, Shoptaw proved to be a solid point guard.  A vocal leader, he runs the team as a pass-first point guard but he can score both at the rim and from the perimeter.  Shoptaw handled the ball well against quick & aggressive defenders, getting into the paint and making good shot vs pass decisions as the defense came to help.

Julian Declou, Oviedo Hagerty: A 6’3 freshman, Declou will having some slimming down to do but he has a great feel for the game and is highly productive.  He has a big frame and knows how to use it, overpowering defenders on drives and using it to make space to get off shots.  Declou has good court vision and is a solid passer, doing a good job of getting the ball to open cutters or up the floor to teammates ahead of the defense in transition.  He has a respectable outside shot and plays with a great deal of confidence.