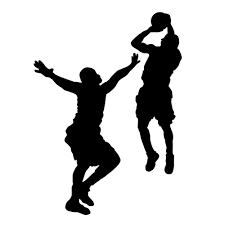 Based on the quality of play, the future looks quite bright for Florida basketball over the next couple of years.  There were several standouts at the Best of the Best Elite Florida Showcase on Sunday at The Big House in Tavares and we highlight many of them in this article.

Ari Smith, Stuart Martin County: A 6’0 freshman, we appreciated Smith’s cerebral approach in an environment that can sometime be chaotic.  He never tried to do too much and stuck with what he does well, which is knock down shots from mid-range, take care of the basketball, and make good decisions with it.  Smith surprised a bit with his ability to finish over the rim as well as get more than his rightful share of rebounds at both ends of the court.

A.J. Cummings, Jacksonville Bishop Snyder: A 6’2 freshman, Cummings has a pretty perimeter shot that goes in with a higher level of frequency than most players at this stage in their development.  He has a scorer’s mentality but will get the ball to an open teammate should the defense collapse on him.  Cummings plays with a high confidence level and puts in great effort at both ends of the floor. He showed great potential for both now and in the future.

Brandon Brazell, Stuart Martin County: A 6’5 freshman, Brazell is long, athletic, and very bouncy.  He displayed a nice touch from fifteen feet and in, but most of his damage came in transition, finishing lobs at the basket, and putting back missed shots.  Brazell is very quick off the floor to grab rebounds as well as to challenge shots around the basket.  He plays with a great deal of tenacity on both ends and looks to make an imprint on the game at every opportunity.

Maddox Palmer, Ponte Vedra Beachside: The 6’4 freshman will most likely be the focal point at the brand-new high school in North Florida.  Palmer shoots, passes, and handles the basketball very well and because of his high skill level he can play any position on the floor.  He has an understanding and feel for the game that most players don’t develop until well into their high school career.  A sneaky athlete, Palmer will finish with authority over the rim if not challenged.

A.J. Ambrose, Fort Lauderdale St. Thomas Aquinas: A 5’9 freshman, it may be tempting to overlook him because of his size but don’t make that mistake.  Ambrose gets to the rim and completes a lot of shots at the basket in a crowd with either hand and on either side of the rim.  Quick with the ball, he gets where he needs to go on the court.  Ambrose has good court vision and places the ball where teammates can best use it.  A pass-first but not pass-only point guard, he will drop in threes if the defense plays off.

Kayden Johnson, Stuart Martin County: A recent arrival from Delaware, the 6’3 freshman proved to be an excellent combination of strength and athleticism.  He shot the ball respectably from the perimeter, drove the ball hard to the basket, finishing through contact, and had a couple of nice passes for assists.  Johnson has a nose for the ball coming off the offensive glass and can be a grab-and-go rebounder on defense.  He has a great deal of upside.

Nick Florea, Weston South Broward: A 6’0 freshman, Florea shot the ball well, both off the catch and the dribble, from both sides of the arc.  He also proved to be a crafty ball-handler and passer, making good pass vs. shot decisions in transition and in the half-court set.  Florea puts in a great effort on the defensive end of the floor, showing quick feet, fast hands, and a knack for anticipating the movement of the basketball.  He appears to be comfortable and productive at either guard spot.

Joseph Gayle, Fort Pierce Central: The 6’3 sophomore is a high-level athlete.  While Gayle has decent skills, he doesn’t’ really have a defined position; he just goes out and gets things done at both ends of the floor.  He owned the offensive glass on Sunday.  Gayle also finishes with a flourish in transition and after one or two-dribble drives from the perimeter.  He did connect on the lone perimeter shot we saw him try, but otherwise he was taking out his frustrations on the rim.

Trace Westercamp, St. John’s Creekside: The 6’7 freshman was the tallest player in the division but in spite of his youth and size, he moves pretty well up, down, and around the court.  Westercamp showed off a nifty lefty stroke that stretches the floor.  He will be more effective around the basket as his body matures and gains strength.  Westercamp doesn’t shy away from competing physically inside against bigger and stronger players.  It will be interesting to watch his development over the next four years.