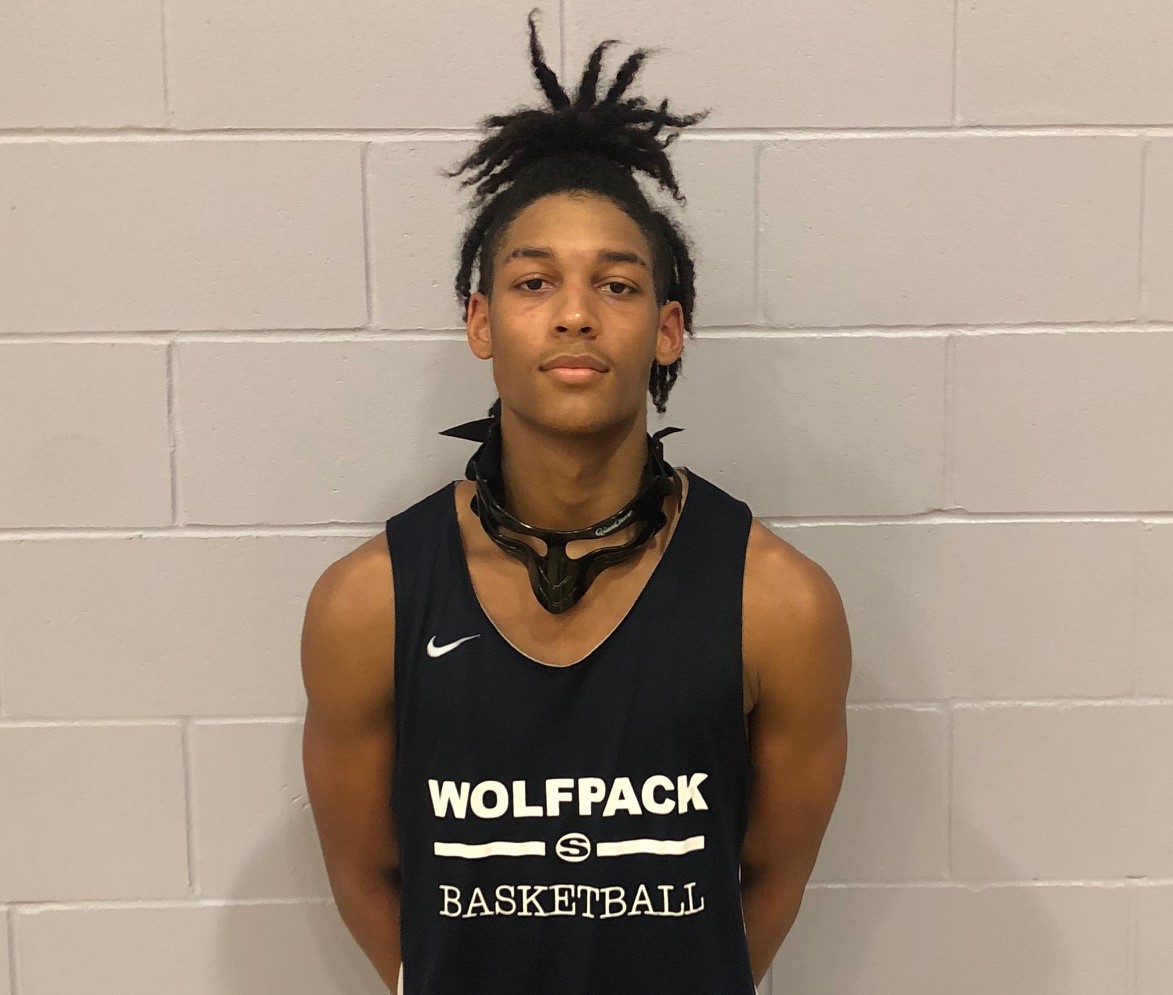 Jimel Cofer, Miami Schoolhouse Prep (pictured above): The 6’4 junior guard was easily one of the most impressive players in the event.  With a quick first step and crafty dribble moves, Cofer easily gets to the basket against nearly any type of defense.  The lefty finishes well with either hand in traffic and earns a lot of trips to the foul line in the process.  Cofer has a respectable perimeter shot but is more scorer than shooter.  His length and lateral quickness makes him a versatile defender.

Martin Mercedes, Lauderdale Lakes Boyd Anderson: the 5’10 senior can be summed up in one word: Fearless.  He takes and makes big shots, challenges opponents at both ends, and isn’t afraid to play physical. Mercedes is fast with the ball in transition and once he gets going downhill to the rim he rarely gets contained.  He is a clever finisher at the basket in a crowd and knows when to take the shot and when to kick the ball out to open teammates for a better one.  Mercedes perimeter shooting is respectable and his floater and mid-range game in the lane are effective.  Defensively he will wear the opponent out with his quick feet, active hands, and take-no-prisoners attitude.

Micah Octave, Boca Raton Grandview Prep: The 6’3 junior was part of an “assembled” team that helped fill out the event and was tossed into the fire against a talented Northeast squad.  As we’ve noted in the past, Octave is impressive in his ability to find ways to slither thru the defense to score at the rim, whether in transition or against a set defense.  We were encouraged with his making of an early three-pointer but that still is a skill that needs to be worked on.  Octave has great instincts on the defensive end, especially when it comes to anticipating passes into or near his area.  He gets a lot of his points on steals and transition opportunities the he creates himself.

Cameron Johnson, Miami Norland: The 6’2 sophomore certainly looks like the next D-I prospect to come out of the prestigious Viking program.  He has good court awareness and a solid grasp of basketball fundamentals.  Johnson impressed with his drives, especially along the baseline, and skill in scoring despite a tough angle at the basket.  A tenacious offensive rebounder, Johnson continuously moves toward the ball and fights thru block-outs.  He is more effective as a catch-and-shoot perimeter scorer than one that can manufacturer his own shot, but that should come with time and work.  Like all Norland players, if the effort isn’t there on the defensive end, the playing time on the court won’t be there either.  Johnson play a lot.

Jordan Shorter, Fort Lauderdale HS: The 6’5 junior showed flashes on Saturday that he can be as good as he wants to be.  With his size and strength, he simply over-powers most defenders in going to the basket.  However, he also is a good and willing passer when on the move and routinely gives up the ball for better shots by teammates.  Shorter earns a lot of trips to the free throw line and fortunately he converts at a high rate.  He is a decent perimeter shooter, both from mid-range and behind the three-point line.  Shorter is a good rebounder and can grab the ball and push it up the floor on his own in transition.