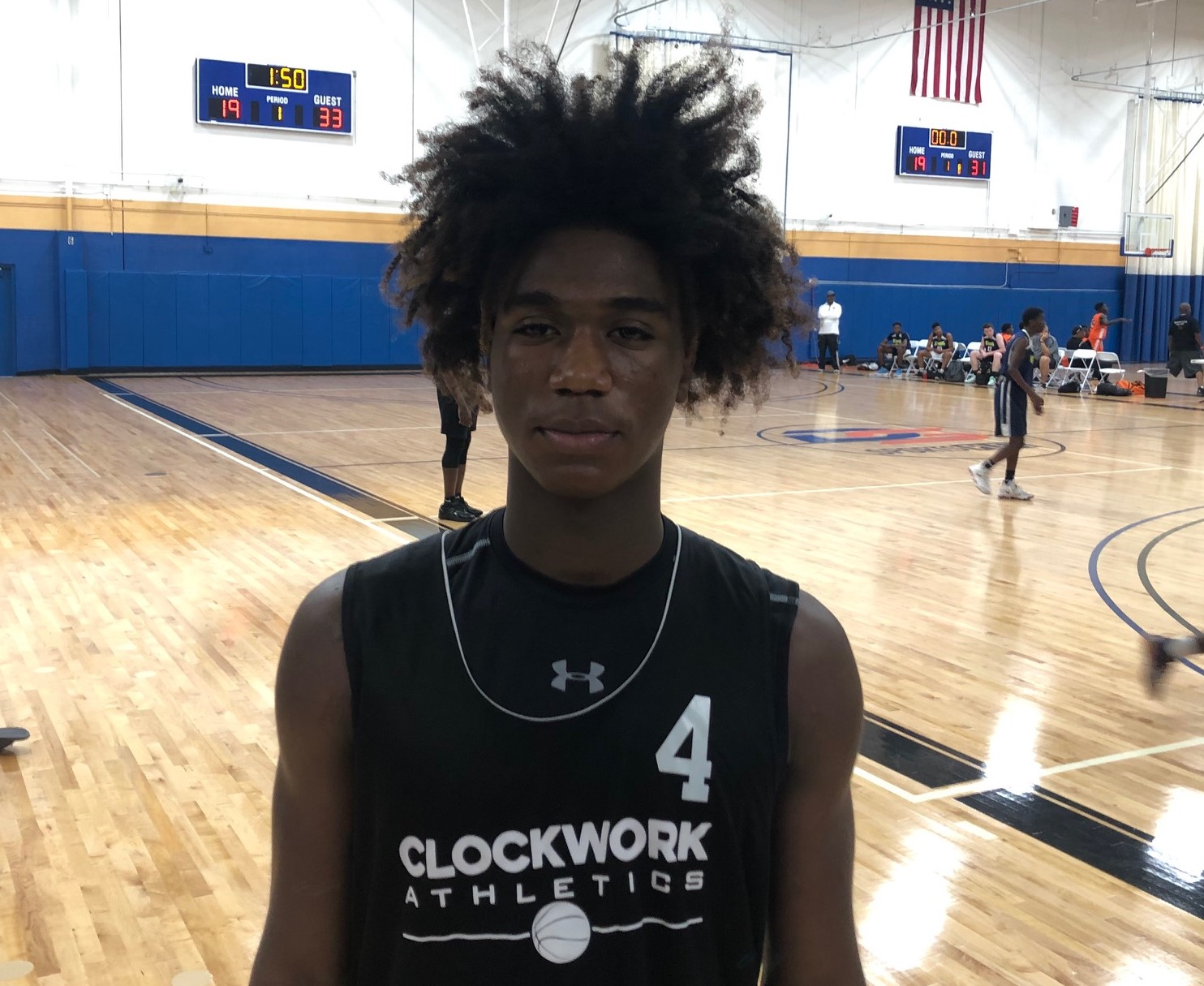 Marvel Allen, Wellington: The 6’4 freshman already has a year of varsity basketball experience under his belt, having played at The Benjamin School as an eighth grader.  Now at Wellington, he looks like he could rise to the level of Trent Frazier as one of the best to ever come out of the program.  While Allen looked good scoring from the perimeter, finishing 3-5 from beyond the arc in the game we watched, his calling card is his aggressiveness and ability to get to and finish at the rim.  He seeks contact and relishes the opportunity to get to the foul line.  He rebounds well from the backcourt and is just as aggressive on the defensive end.

Osiman Garcia, Miami Riviera Prep: The 6’7 sophomore makes a living operating inside the arc.  He has a strong frame, good footwork in the post, and soft touch around the basket.  Garcia is also a good passer out of the low post areas to cutters or teammates spotting up for perimeter shots.  He can attack the paint with drives from the high post and short corners.  An above-average athlete, he controls his rebounding area, gets up and down the floor well in transition, and does what he can to protect the basket.

Rashad Pharms, Miami Carol City: The 6’5 junior is coming along nicely in moving from undersized interior performer to a perimeter player with good size and skill for the two or the three spot.  His ball-handling in the open floor and on one- to two-dribble straight-line drives was acceptable, though he still needs to work on his off-hand and ability to change directions.  Pharms shot the ball respectably from the perimeter on Saturday.  Still, he makes the biggest impact when able to get ahead of the field and attempt to score at the basket or pursuing put backs on the offensive glass.  Defensively, he’s strong enough to defend bigger players and long and quick enough to challenge smaller opponents on the perimeter.

Jermaine Dyges, Oakland Park Northeast: The 6’3 senior is a likely “X-Factor” for the squad this coming season.  While some other, more known teammates will receive the bulk of the defense’s attention, Dyges will have an opportunity to do what he did Saturday: knock down open shots from the perimeter, play the role of secondary ball-handler vs. pressure, attack a rotating defense and find teammates for good looks at the basket, and pursue long rebounds as well as 50/50 balls.  Dyges has the skill level to do a little bit of everything and will get noticed as a guy that does the necessary things to win games.

Ricky Mercado, Miami Doral: The 5’11 senior guard has a lot thrust upon him as the initiator of the rapid ball-movement Firebird offense.  A lot of different sets are called from the bench and Mercado seemed fully capable of moving his teammates to the right spots.  Many times on Saturday, Mercado found himself open for shots on the perimeter and he consistently knocked them down.  He’ll push the pace and force tempo when the opportunity presents itself, and while he isn’t one to “shake and bake” and get to the basket to score, Mercado is solid with the ball and looks to get and keep his teammates involved.  He is also a solid defender, with quick feet and active hands when guarding he ball and being in position to help when on the weak side.