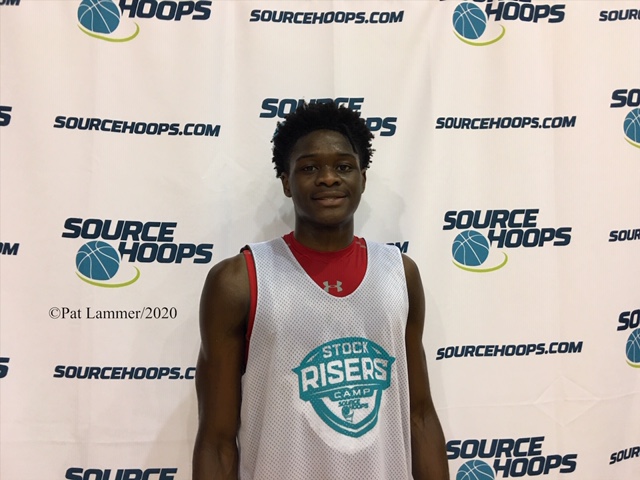 The Wildcats, out of the Big 12 Conference, offered Cardet a scholarship on Friday. Cardet plays for the same travel basketball program, Team Breakdown, that K-State 2020 signee Selton Miguel played with.

The scholarship offer is the third this week for Cardet, following calls from Iona and Maryland. The consensus 4-star and top-100 prospect also holds prior offers from Alabama, Dayton, Florida, Iowa State, Miami and USC.

“Kansas State, they were the latest school to offer him,” Northeast coach Zach Gillion said Friday. “The first one [this week] was Maryland. Maryland has been in contact with me and Wes for the past like two weeks just to see would Maryland be an interesting spot for him. I told them that Maryland is a prestigious basketball school. Definitely, definitely. And also I have a brother that stays in Maryland. They called, we got on a Zoom call with the head coach and they offered him. And then Iona had been in contact with us also and they offered him.”

Maryland head coach Mark Turgeon told Gillion he likes Cardet as a point guard on the next level. Kansas State plays more of a position-less system, while “Iona wants to be the Gonzaga of the East,” Gillion said.

Cardet led a young Northeast squad to a 21-7 mark in 2019-20. He posted a double-double (19 points/10 rebounds) in the Hurricanes’ final game when Northeast was eliminated by Pembroke Pines Charter in Class 5A regional semifinals. Three of Northeast’s seven losses came vs. California programs over the holidays and the Hurricanes went 2-2 vs. 5A state finalist Pines Charter.

Just what makes Cardet stand out in college coaches’ eyes as one of the top guards in the South?

“Also, Wes is a legit 200 pounds. So he is bigger than those guys but still agile. They like his size and skill in combination.”

Cardet came back strong in his junior season in 2019-2020 after battling through tendinitis his sophomore year and the following summer.

It was serious enough that a doctor recommended surgery. But the family decided against going under the knife.

“He played through it. Wes played 17-and-under [travel basketball on the Under Armour circuit] — while the rest of those guys were playing 16-and-under — with tendinitis and he couldn’t explode off his left foot. And he still did good.”

The Northeast High standout began to feel better this past year and he regained the athleticism he showed in prior years. Cardet was named second-team All-State in Class 5A.

However, don’t look for Cardet to make a college choice anytime soon.

“He’s going to commit late, so he’s not even close,” Gillion said Friday.