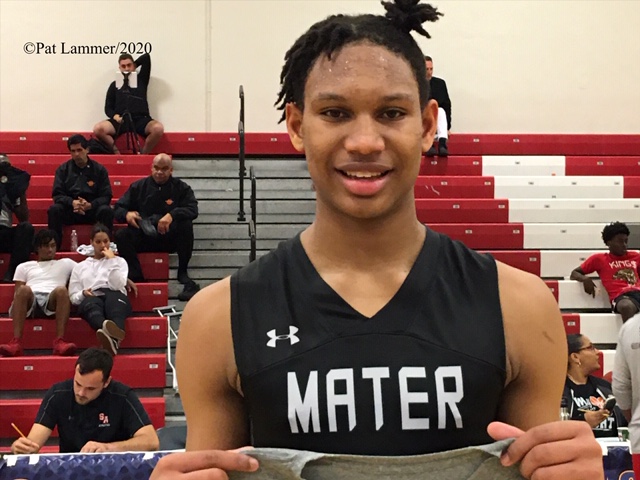 We finished 14-2 with our first round picks as both Lakeland and St. Petersburg won on the road.  Those games were close, as Lakeland won by just three over neighboring George Jenkins while St. Pete defeated district rival Seminole by a pair.  There were some notable close calls Thursday night.  At East Lake, Lehigh was up two with just a couple of seconds left when Dionte Blatch caught an inbounds pass and drained a three pointer with three Lehigh players surrounding him.  Another near miss was Lake City Columbia squeaking by Tallahassee Chiles by just two points.

Numbers of Note: At-Large teams finished 6-10, not a bad win rate for road teams.  Higher rated teams were 11-5 while those higher rated teams that had to play on the road were a very respectable 5-2.

Best Matchup: Both Tallahassee Lincoln at Lake City Columbia and South Miami at Hialeah Mater Academy are district rematches.  For variety, we’ll go with Punta Gorda Charlotte at Tarpon Springs East Lake.  East Lake had a big scare put into them by Lehigh.  Will that give them a sense of urgency or give Charlotte a dose of confidence?

Best Chance for an Upset: Not sure there is one in this classification.  Hillsborough/Lakeland and Fort Myers/St. Petersburg are games where the teams are one power rating spot away from each other.  We just don’t get the feeling that Martin County and Winter Haven can go into the houses of Dillard and Bartow respectively and pull off the upset.

Even we were surprised to go 15-1 in the state’s largest school classification.  A lone blemish was Wellington’s two point loss on the road, which was a bit of a surprise.  A couple of games appear to have been nail-biters.  Oak Ridge pulled their game out in overtime against Lake Nona.  It would appear that Miami Senior, a team that finished fourth in their district, is peaking at the right time.

Best Matchup: Coral Gables at Miramar is one of three top ten team matchups Tuesday night.  We just feel like a Broward vs. Dade clash in hoops is always good.

Best Chance for an Upset: As well as Miami High has been playing, why not a chance to take the show on the road and prove they can play just as well outside “The Asylum”?