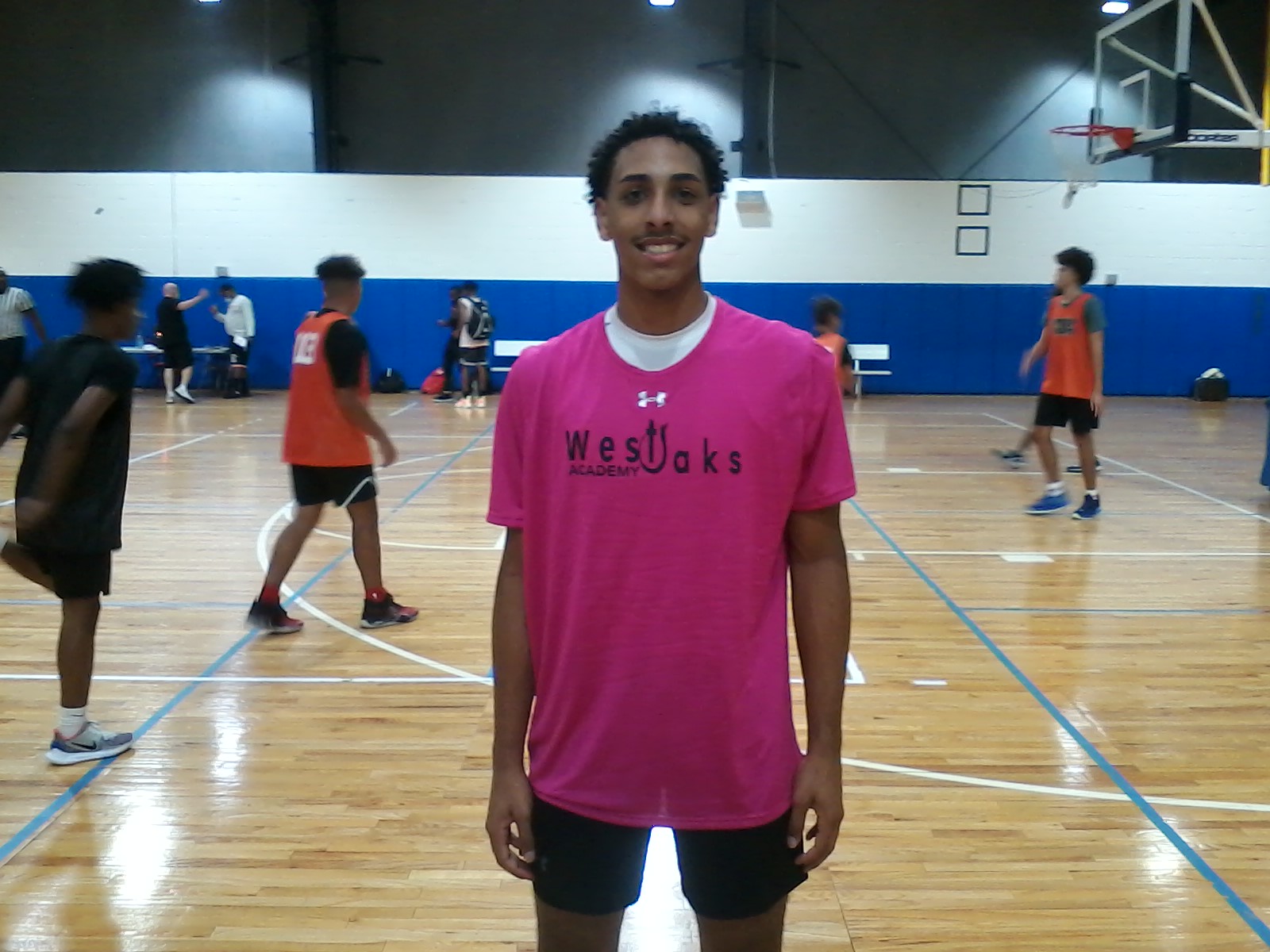 We took in the Prep Hoops 250 Expo this past Saturday at the Orlando Sports Complex.  Participants had three games in which to make an impact on scouts and college coaches that attended either in person or via BallerTV.com.  Below are just a few of the notables from our time in the gym.

Jahsean Corbett, Orlando West Oaks Academy: The 6’6 senior was arguably the superior scorer of the event.  Corbett proved to be an excellent ball-handler, driver, and finisher as he consistently scored in a crowd at or near the basket.  He also unleashed an accurate three point shot, most notably off a step-back dribble to give him space.  Corbett grabbed defensive rebounds and pushed the ball up the court and generally made good decisions in transition.  Defensively he was active and anticipated the passing lanes well.

Jaylin Bain, Fort Lauderdale HS: A 6’0 senior, he proved to be very quick with the basketball.  Bain showed off excellent change of direction moves, exploding out of the dribble to head to the hoop.  He attacked and scored at the basket with either hand.  Bain also showed some perimeter scoring skills, effectively using a step-back dribble to create room to get off his jump shot.  His speed and quickness made things happen at both ends of the floor.

Jaylen Smith, Orlando Edgewater: Just a sophomore, the 5’11 Smith was very quick with the ball on Saturday.  He shot the ball well from beyond the arc, especially off the dribble.  Smith used quick hands on the defensive end to come up with several steals and scores.  When he drove the ball into the lane, Smith, more often than not, earned a trip to the free throw line, where he converted his shots at a high rate.

Henry Hurst, Tarpon Springs East Lake: We highlighted the 6’0 junior last week but Hurst proved that his play at the Best of the Best event was no fluke.  A strong guard that had no issues warding off defenders with his frame, Hurst was most effective with his accurate three-point shot.  He also was active on the glass and quick to loose balls on the perimeter.

Ashton Lovette, Gainesville St. Francis: The 6’4 junior proved adept at playing either guard spot at the event.  A solid ball-handler, he read the floor well and made good decisions on the move.  Off the ball, he showed he can make shots from the perimeter and help get the ball up the floor against pressure.  Lovette has a sturdy frame, rebounds well at both ends, and doesn’t mind playing physically.

Brice Sensabaugh, Orlando Lake Highland Prep: The 6’6 junior opened up the day with a steal and a three on the first possession of his team’s first game and didn’t let up.  He either over-powered defenders on the way to the basket to score thru contact or drilled threes, both off the catch or dribble, if given just the smallest amount of space.  Sensabaugh also found ways to score by putting back misses or getting up the floor in transition.  To put it simply: he is a tough-to-stop scorer.

Jaylen Wharton, Plant City Durant: The 6’8 junior is a long combo forward.  He’s thin but is quick off the floor to snare rebounds at both ends.  Wharton uses his length to challenge shots in the lane and near the rim.  Most of his offense comes in the form of transition baskets, offensive rebounds, and short drives from inside the arc.

Quinnton Jackson, Jacksonville Paxon: A 5’11 senior, Jackson proved to be quick with the ball and persistent in pushing the pace all game long.  He looked to distribute the basketball, made good decisions on the move, and shot the ball well on both sides of the three point line.  With quick hands and feet, he did a solid job of staying in front of opposing ball-handlers.