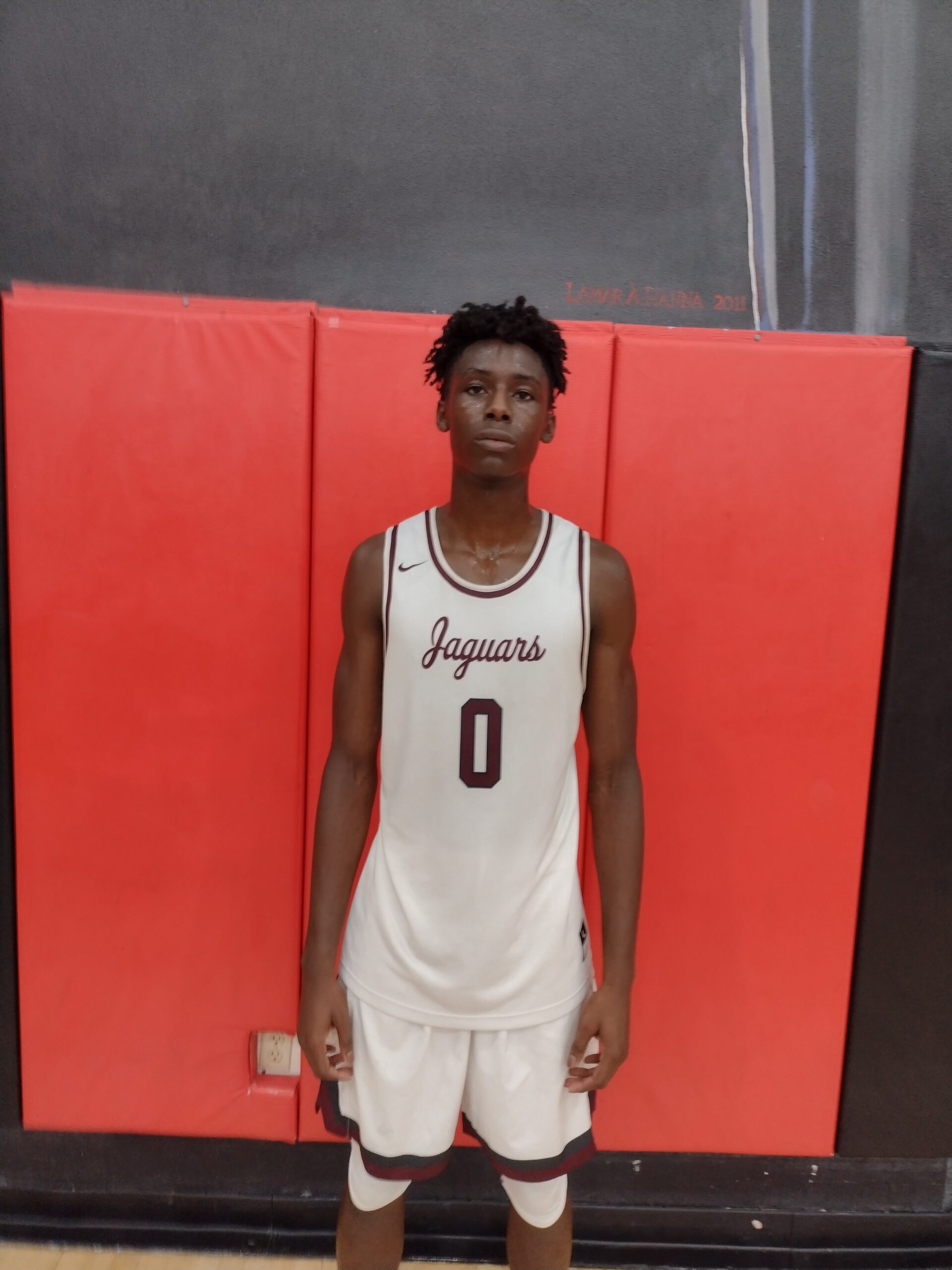 Several players impressed at the Kreul Showcase this past Saturday at Monarch High School in Coconut Creek.

Anthony Floyd, Hallandale: The 5’10 senior has always been an impressive scorer, especially from deep.  On Saturday, he showed more of his offensive arsenal via scoring creatively in traffic at the basket.  He did a good job a fighting through physical defense and delivered some eye-opening assists.

Ian Smikle, Riviera Beach Suncoast: The 6’8 junior has a good combination of a solid frame and better-than-average athleticism.  He controls the glass and the paint on defense.  Smikle is tough to cover in the mid-post area with his ability to spin and bounce off defenders to score at the basket or get to the foul line.  He pursues offensive rebounds out of his area and comes up with more than his fair share.

Justin Snell, Fort Lauderdale Stranahan: The 6’2 sophomore is athletic and flourishes off the dribble as he scores very well on the break and when getting downhill to the basket.  Snell creates contact and gets to the foul line quite often, knocking the freebees down at a decent rate.  He is an adequate passer that will get better as his game progresses.  Defensively, Snell is alert to help on drives and can be disruptive in the passing lanes.

Josh Vedrine, Fort Lauderdale Stranahan: The 6’4 senior is an explosive athlete both vertically and horizontally.  He has a quick first step to the basket and will finish with a flourish if given the opportunity.  Vedrine was 3-6 from behind the arc in the game and shows good mechanics on his shot.  He rebounds well for his size, is especially sneaky on the offensive glass, and his length and quickness allow him to be a versatile defender.

Mason Brown, Palm Beach Gardens Dwyer: The 6’6 senior is a good athlete with a solid frame that is effective in attacking the basket from inside the arc.  His long strides get him to the rim with only a dribble or two and he has the strength to finish through contact.  Brown is quick to the ball coming off the offensive glass.  A streaky shooter, Brown makes just enough shots from the perimeter to force the defense to play him straight up and not just for the drive.  He showed an ability to defend both in the post and on the perimeter.

Elijah Duval, Stuart Martin County: The 6’2 junior is strong, skilled, and tough with the basketball.  He is a good passer on the move and often passed up makable shots to get the ball to a teammate that had a better one.  Though his jumper has been a bit suspect in the past, it appeared to be just fine on Saturday as we had him going 3-5 from beyond the arc.  Duval knows how to use his strength to overpower defenders and score at the basket.  Defensively he is solid and is quick to turn steals into scores.

Isaiah Joseph, Fort Lauderdale Boyd Anderson: The 6’3 senior is quite thin but isn’t bothered by physical play.  He impressed with his ability to score on drives as well as making pull-up jumpers from mid-range.  Joseph got to the line often and made the majority of his foul shots.  He is an active defender and his length and quickness get him a lot of tips, deflections, and steals.

Calvin Sirmans, Lake Worth: The 5’9 senior struggled a bit with his perimeter shot but that didn’t diminish his impact on the game.  Unfazed by defensive pressure, Sirmans is crafty in getting into the paint to either score himself or set up a teammate for an easy basket.  A tough on-ball defender, he has a knack for anticipating the dribbler’s rhythm and then reaching in for a strip steal or deflection.

Marvin Golf, Lake Worth: The 6’5 senior should be nicknamed “Getta” or “Whatever”.  Golf seemingly gets a bucket, a rebound, a defensive stop, or a steal at just the right time in a game.  Essentially, whatever the team needs at the time, he seems to be able to get.  He could be a tad more aggressive on the offensive end as he has shown an ability to score in drives as well as make shots inside the arc.  Golf is also a good ball-handler and passer.

Hedrens Bartelus, Lake Worth: The 6’5 junior is an active and explosive athlete.  He is a very good offensive rebounder due to his quickness off the floor and ability to anticipate where the ball will come off the rim.  Bartelus has developed a reliable elbow jumper which keeps the defense from playing off of him.  He plays hard and with passion at both ends of the floor.  Bartelus is one of those “glue” guys that every coach loves to have and hates to play against.

Jeremy Eleze, Pembroke Pines Charter: The 6’7 junior may have been the best long-term prospect in the event, and that’s quite a compliment.  He’s got a lot of length and high-level athleticism.  A skilled attacker of the basket off the bounce, Eleze also has a reliable perimeter shot should the defense play too far off.  Defensively he can guard any position.  He is an early candidate for break-out player of the season.

Adrian Shackleton, Pembroke Pines Charter: The 6’3 junior is a good-looking point guard prospect in terms of size and feel for the game.  He has a solid handle, good court vision, and makes good shot vs. pass decisions on the move at high speed.  Shackleton has a slightly unorthodox perimeter shot but it goes down at a reliable rate.  He appears to be a solid free throw shooter.  Defensively, he knows how to use his size and strength to keep opponents out of the lane.