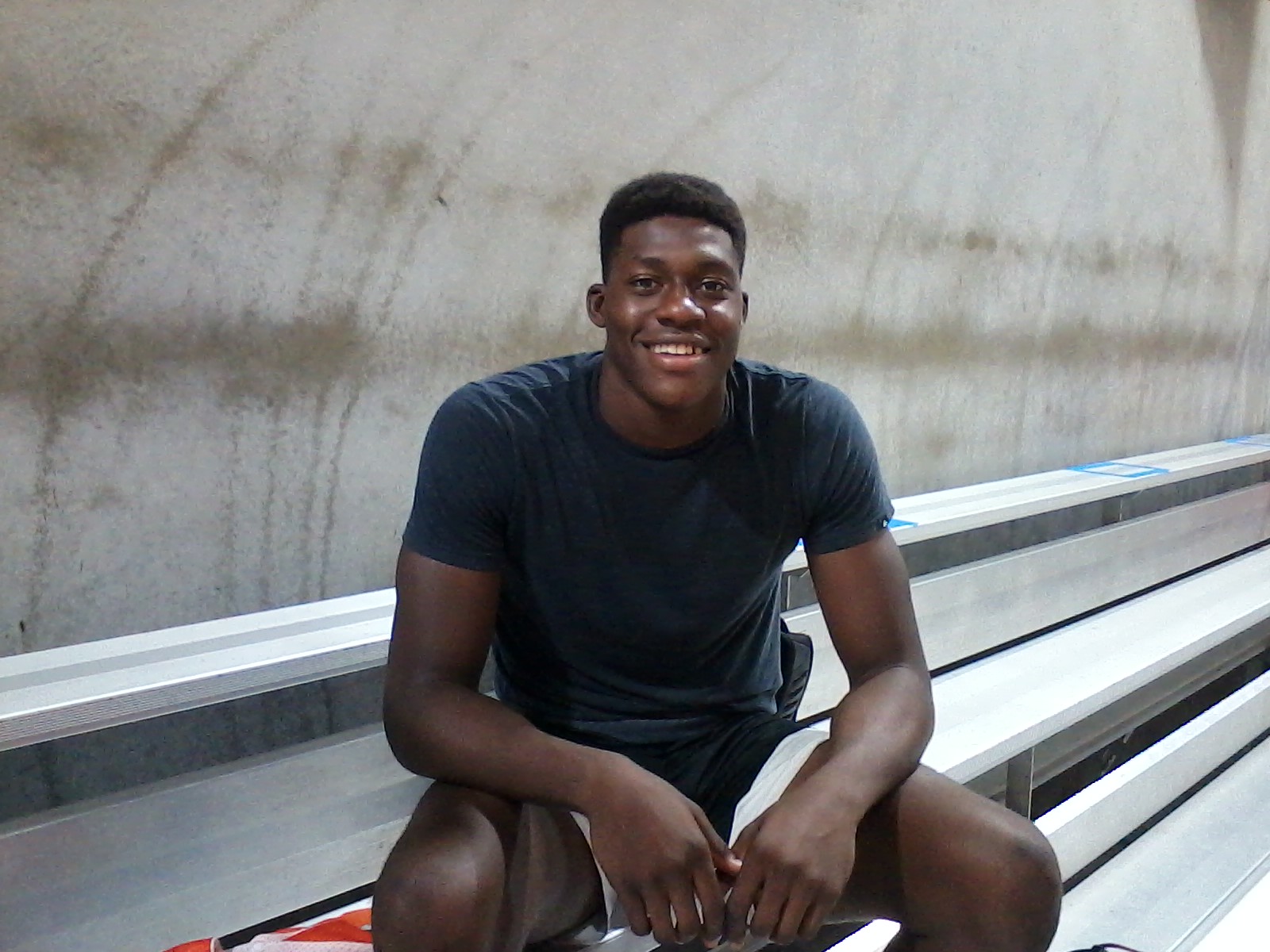 Gabriel Hernandez, Doral Academy: The 5’10 sophomore is a point guard with promise.  The lefty has range past the arc on his jump shot.  He is solid with the basketball in his hands, looks to get the ball inside whenever possible, and generally makes good shot vs. pass decisions.  Hernandez is also an active defender that moves his foot quickly and closes out on shooters under control.

Paxton Kafka, Cardinal Gibbons: A 6’5 senior, Kafka has a nice stroke from the perimeter and can knock down that shot off the catch or the dribble.  A better-than expected athlete, he gets on the glass at both ends and runs the floor for scores.  If overplayed for his jumper, Kafka will put the ball on the deck and attack the basket, generally with good results.

Ryan Sanchez, Mater Academy: The 5’10 senior does all the things that coaches want from their point guard.  He’s very quick, gets into the lane, scores in traffic, and makes enough perimeter shots to keep the defense honest.  Sanchez also does a good job of recognizing and getting the ball to open shooters when driving to the basket.  His best attributes are his show-no-mercy on-ball defense and well as leadership at both ends of the floor.

Matthew Robinson, Western: The 6’3 senior acquitted himself well on Monday.  He showed us a bit more on the offensive end than he did at the Kreul almost a month ago.  He shot the ball well from the perimeter, many of those coming from college three-point distance.  Robinson is a high-level athlete that finishes above the rim in transition.  He rebounds, runs the floor, and defends multiple positions.

Khamaury McMillan, Miramar: The 6’1 senior is a bit suspect as a perimeter shooter but he can certainly slice through defenses to score at the basket.  He is a high-level ball-handler and makes good shot vs. pass decisions when attacking the rim.  Defensively, McMillan has very quick feet, active hands, and a nose for the ball in the passing lanes.  He is also quick to grab long rebounds and push the ball up the floor.

James Henderson, Westminster Christian: The 6’8 senior is an avid rim protector and vocal presence on the defensive end.  He does a good job of calling out screens and moving his feet quickly to keep up with smaller players in ball-screen action.  Henderson scores with some basic moves inside but right now his defense is ahead of his offense.  Most likely, patience will be rewarded later in his college career as his offensive game continues to develop.

Amen Thompson, Pine Crest: A 6’6 junior, when he plays alongside twin brother Ausar, it is like he sees what his brother sees at the same time and makes the right play according to the situation.  Thompson has a good feel for the game, is a willing distributor of the basketball and doesn’t shy away from rebounding or playing defense.  His jump shot continues to improve in terms of consistency but he is at his best when he attacks the rim.  A high-level run/jump athlete with length, he has great body control around the basket and the ability to play a variety of positions.