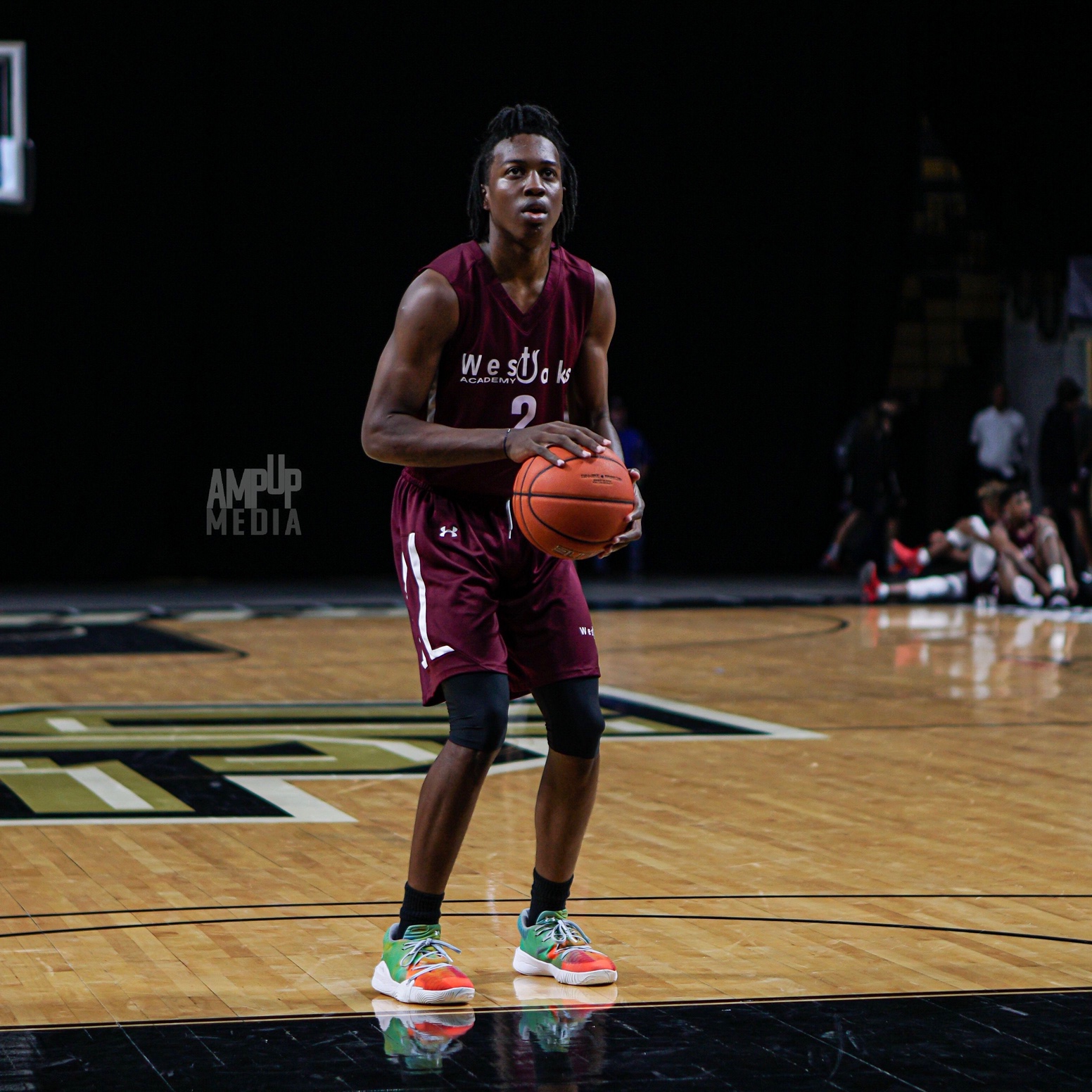 Tristan Gross, Clearwater Calvary Christian: The 6’1 freshman played beyond his years on Saturday.  Against a very athletic Orlando Jones squad, he was solid with the basketball, got to the rim and scored, and knocked down open looks from the perimeter.  No doubt he will get stronger and more athletic as he physically matures.  Gross already has a high basketball IQ and understands how to play with pace and poise against defensive pressure.  It will be interesting to see how he plays and who he plays with on the grassroots circuit in the spring.

Emmanuel Sharp, Tampa Blake: The 6’4 sophomore is a scoring wizard.  He has deep range on his shot, knocks them down coming of ball-screens or creating his own space with the dribble, and knows how to use his body to get to the basket and score.  If you think he gets a lot of shots and points because his dad is the coach, you could not be more wrong.  Sharp is a vastly under-rated distributor of the ball and often catches his teammates unaware with a deft pass.  Should he chisel his body and the result is an upgrade in speed and quickness, Sharp could become a more-than-solid point guard at the collegiate level.

Johni Broome, Tampa Catholic: A 6’9 senior, Broome is supposedly heading to Morehouse State for his college playing career.  They will be getting a good one. He terrorized a smaller Windermere squad this past weekend, putting up a double-double in points and rebounds while also swatting away three shot attempts.  The lefty has a deft touch around the rim as well as solid footwork.  While not a great run/jump athlete, he times his leap well and gets to boards and blocks with great effectiveness.  No doubt at the collegiate level he will get a chance to develop some face-up skills to become an even more difficult matchup.

Brandon Sanders, South Miami:  Okay.  We’ll be blunt; Sanders would probably have difficulty scoring in an empty gym.  He also seems a bit lost at times in terms of offensive and defensive assignments.  That being said, the 6’10 senior has an influence in the game while on the court.  Sanders is fast up and down the floor in transition and will often finish the break well ahead of his opponent.  He is most effective on the offensive end when finishing off a lob or converting an offensive rebound.  It is at the defensive end that he makes the most impact with his quick leap to block shots and ability to persuade opponents to think twice about entering the lane.  His presence allows his athletic South Miami teammates to put a great deal of pressure on the ball.  Sanders’ best basketball is ahead of him, though it may not come for another few  years.

A.J. Staton-McCray, Orlando West Oaks Academy: The 6’5 senior guard often sets the tone for his Flames teammates.  He’s an effective two-way player, often taking on the assignment of defending the opponent’s best player while being a reliable option on the offensive end with his ability to score from varying distances and angles.  A very good athlete, Staton has been known to chase down a player and block his layup attempt after a turnover or long rebound.  He seems to make the biggest plays when the moment calls for it.

Jose Luis-Benitez, Miami Schoolhouse Prep: Solid.  It may not sound like high praise but it is when discussing the 6’1 senior.  He’ll defer to his teammates but when the chips are down, he’s got a killer mentality and a short memory.  Benitez will stick a dagger from deep or slice thru the defense for a score at the rim at just the right moment to seize momentum of the game.  He’s a solid distributor, on-ball defender, and extension of the coach on the floor.  Benitez should certainly get a chance to play at the collegiate level.

Kordell Brown, Ocoee: Playing hard is a skill which Brown has mastered.  In an age of position-less basketball, Brown fits that prototype.  The 6’6 senior is long, athletic, defends with passion, and is active on the glass at both ends of the floor.  Most of his points have come in the paint when we’ve watched him play but that has been more of the flow of the game rather than by design.  He handles the ball well enough out on the perimeter and generally makes good decisions with it.  Even if he doesn’t show mastery of a perimeter shot this season, his competitive nature and fierce play on the floor will no doubt have a collegiate-level coach take a flyer on him.

Rodrick Henry, Orlando Oakridge: The 6’6 junior does a world of under-the-radar things for the Pioneers to help them win.  He holds down the interior, challenges all opponents that enter the lane, and is quick off his feet to secure rebounds.  Henry has become a matchup problem for opponents in that he is usually guarded by a bigger player, allowing him to take the defender away from the basket and then go by him to the rack.  If a smaller player is on him, Henry to can take him inside and score over him.  On an athletic Oakridge roster, Henry is one of the better ones.  A former football quarterback, Henry has good court vision and is a decent ball-handler and passer.