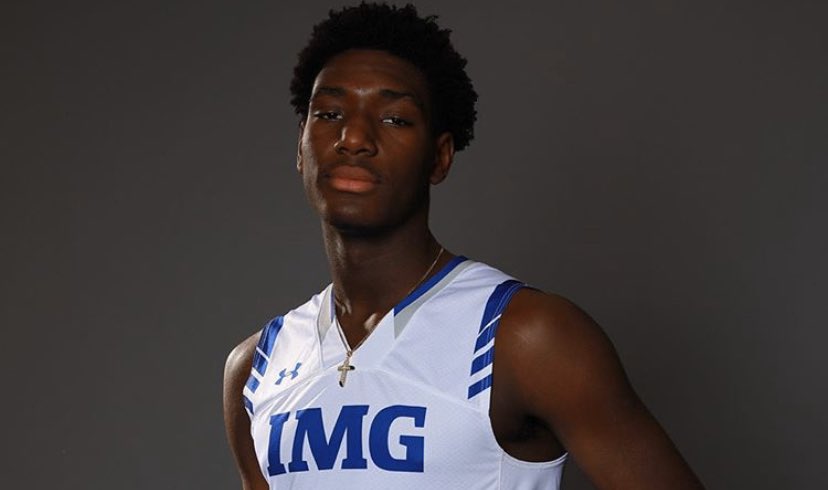 Isaiah Adams, Jacksonville Paxon: The 6’6 senior and UCF signee dropped 34 points in Thursday’s opener and continued his stellar play throughout the three-day event.  Adams is long, athletic, skilled, and smart.  Thursday night, he showed off a much-improved perimeter shot, knocking down four shots out of seven attempts from beyond the arc.  Adams’ drives are quick and usually finish well above the rim.  His length and lateral quickness allow him to defend all five positions on the floor.  Adams is a solid passer and ball-handler on the break, in the post, and on the perimeter.

Eric Dailey, Bradenton IMG: The 6’7 sophomore has the skills and size to make him a highly versatile player.  He played well at multiple positions when we watched him Thursday.  He knocked down perimeter shots and finished strong when going to the basket.  Dailey was solid on the glass at both ends of the court, a more-than-capable passer along the perimeter and very active on the defensive end.

Dionte Blanch, Tarpon Springs East Lake: The 6’3 senior and Murray State signee plays with confidence and controls the game.  He scores in any way imaginable and is highly efficient.  Not only is Blanch a talented scorer but also an unselfish set-up guy for his teammates.  He’s strong and plays physical at both ends of the floor.  No doubt he elevated his candidacy for “Mr. Basketball” at the event.

Jordan Hillmon, Tarpon Springs East Lake: While the 5’9 senior may lack ideal size, he has ideal talent when it comes to shooting the basketball.  He went 7-9 from deep in the team’s opening game, including five in succession.  Hilmon proved capable of making shots both off the catch and off the dribble.  His release is quick so the defense can’t give him much space.  He’s got a football player’s frame and plays with strength and physicality on the defensive end.

Dean Gabrelcik, Tarpon Springs East Lake: The 6’4 junior is the ultimate glue guy and does a lot of small things that lead to wins.  He excels at finding openings and knocking down shots from all three levels.  He’s a solid secondary ball-handler and passer when facing pressure or running a half-court offense.  Gabrelcik is a better-than-expected athlete and rebounds well against bigger opponents.

Marcus Niblack, Wildwood: The 6’3 senior is a crafty ball-handler, creative scorer, and competent distributor.  He has deep range on his perimeter shot and when overplayed for that he can attack the rim and finish in traffic with uncanny body control and touch.  Niblack is adept at grabbing long rebounds and pushing the pace.  He’s also an aggressive defender with quick hands and anticipatory instincts.

Joe Poyser, Wildwood: The 6’5 junior quickly caught our attention Thursday night.  He’s active, athletic, and plays with great energy all game long.  He makes all the hustle plays – blocks, rebounds, runs the floor for scores, and wins more than his share of 50/50 ball contests.  While he didn’t show a lot of skill, he was definitely comfortable with his role and appears to be basketball savvy.

Josh Berenbaum, Clearwater Calvary Christian: The 6’8 senior has signed with the UNF Ospreys and should be a good four year player for them.  He can step out and make shots along the perimeter but did nearly all of his damage on Thursday in the paint.  Berenbaum has a soft touch around the rim and isn’t afraid to get physical with defenders.  He’s an active rebounder at both ends of the court and a good positional defender.

The Sanford Seminole team: No one player stood out from the rest, but as a group these guys are a joy to watch.  They play at 100% every possession on both ends of the floor.  Offensively they are going to push the pace and attack the basket as often as possible.  On the defensive end, they have an exhaustive supply of traps, double-teams, and ball-pressure that eventually wears the opponent into submission.  This is not a team that opponents will want to see come playoff time.