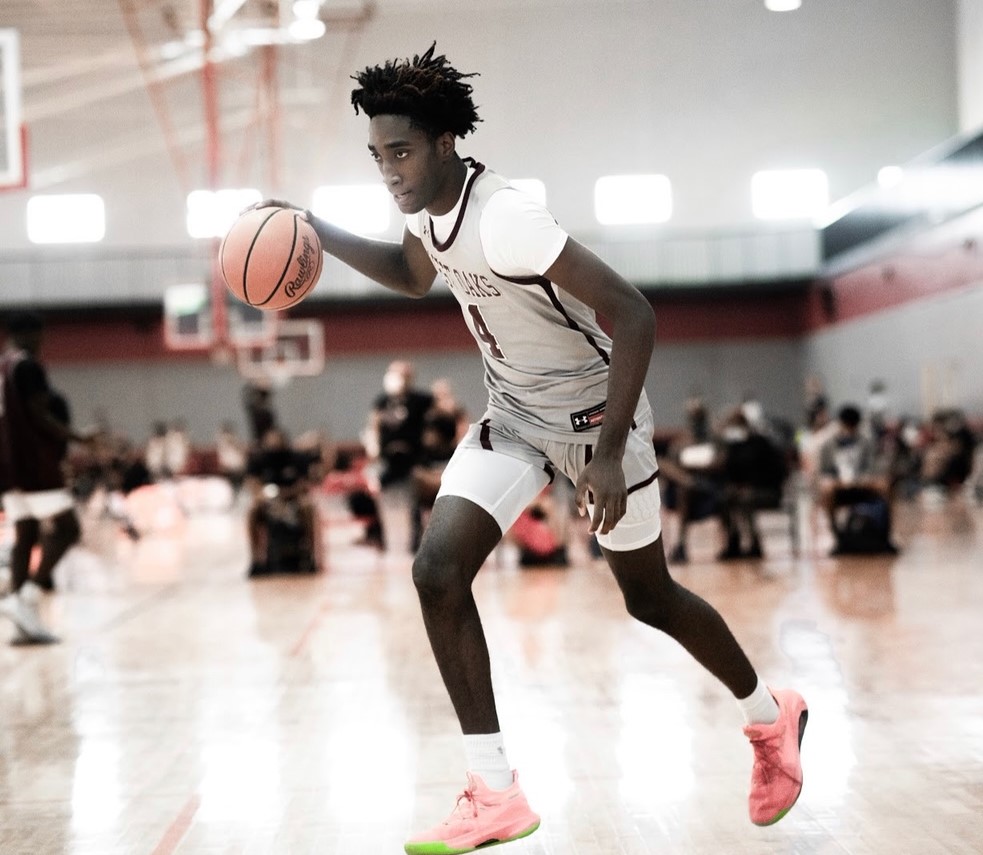 Taye Donald, Potter’s House: The 6’0 senior made an impression with his ability to get to and score at the basket.  His jumper has good mechanics but he was just 1-4 from beyond the arc.  Donald also proved to be a willing passer and a player that rebounds well for his size.

Christopher Richardson, Potter’s House: The 7’0 junior had a solid performance with 16 points, nine rebounds, and numerous shot changes.  He moves okay up and down the floor, pursues missed shots, and doesn’t shy away from the physical aspects of the game.  Richardson will only get better in the future.

Matthew Bewley, West Oaks: The 6’9 sophomore has high levels of athleticism and skill.  He came up big on Saturday when he slammed home an offensive rebound then dropped in a three on the next West Oaks possession to ice the game for his team.  There is always a floating question as to who is the best player regardless of class in the state.  Bewley is in that conversation.

Ryan Bewley, West Oaks.  While the 6’9 sophomore may be a bit behind twin brother Matthew when it comes to national rankings, there is not doubt that Ryan has plenty of game.  On Saturday he was very active on the offensive glass and used his length, speed, and quickness to come up with several steals and deflections.  There is no doubt that his recruitment will be a high-majors only affair.

Julien Lorca, Schoolhouse Prep: This was our first look at the 6’9 junior and he showed a great deal of promise.  He has good size, a solid frame, and while not overly athletic, Lorca is good enough to keep up with all but the speediest of bigs, many of whom would not be able to handle his strength.  A rugged rebounder, Lorca has some basic post moves that allow him to score if not played too physically.

Keniel Viruet and Gregory Limage, Downey Christian: A pair of 6’4 juniors, their games are very similar.  The things that stand out for Viruet and Limage is their respective basketball IQs and ability to play the game under control and make things happen in the subtlest of ways.  Both have good court vision, solid handles, good passing instincts and the ability to score from the perimeter or at the basket.

Arturo Dean, Calusa Prep: “Blur” aptly describes the 6’0 senior.  Combining speed, quickness, and superior ball-handling skills, Dean gets to the basket with ease.  He can score creatively in a crowd but also kick the ball out to teammates for quality shots.  His perimeter shooting is streaky but must be respected.  Defensively, he anticipates well, has quick hands and feet, and can be disruptive when guarding the ball when the mood strikes.

Aubi Gateretes and Jabari Williams, Calusa Prep: Another pair of teammates with similar games, the 6’9 seniors have the size and athleticism that college coaches covet.  While neither one is likely to lead a team in scoring, both Gateretes and Williams can put the ball in the basket via lobs, putbacks, and lightly-challenged post moves.  Each is an instinctive rebounder, shot blocker, and physical defender.  Gateretes and Williams are just beginning to scratch the surface of their potential.

Kendrick Green, Central Pointe: The 6’0 senior is arguably undervalued as a college prospect.  He is a pass-first point guard that can score and also puts in effort on the defensive end.  Green handles pressure well, understands when to push and when to pull back the pace, and always looks to get his teammates quality shots.

David Hermes, Central Pointe: The 6’8 senior seemingly had his way inside on Saturday.  He posted up strong, dropped in some fluid jump hooks, and connected from the foul line when given the opportunity.  A native of Denmark, he is also a rugged rebounder and physical post defender.

Ramses Melendez, Central Pointe: We’ve covered the 6’6 senior a bunch during his high school career but Saturday he showed us some athleticism we don’t believe we have seen before.  He exploded off the floor for a two-hand jam in transition, his head even with the rim in the first half.  In the second, it was a one-hand throwdown with such ferocity that those of us on media row were left speechless.

Dallas Jones, The Rock School: A 6’4 sophomore, Jones came off the bench and made an immediate impact.  He finished with eighteen points and they came in a variety of ways: putbacks, three-balls, drives to the rim, and a couple of “and one” opportunities.  Jones is certainly a player to keep an eye the next couple of years.

James Johns, The Rock School: A 6’5 sophomore, he provided a real scoring punch for the Lions on Saturday.  Going 2-3 from distance, he displayed a smooth stroke.  Johns also is a competent ball-handler and gets to a lot of rebounds despite a thin frame.  He’s long and covers a lot of ground quickly on the defensive end.

Bryce Johnson, Oldsmar Christian: The 6’3 senior got off to a fast start and never looked back on Saturday.  He showcased some explosive finishing ability in transition and combined it with consistent perimeter shooting to make onlookers sit up and take notice.  Johnson is not afraid to challenge defenders at the basket and usually finds creative ways to finish in traffic and draw fouls.  He hits his free throws at a solid rate and can defend different positions on the floor.