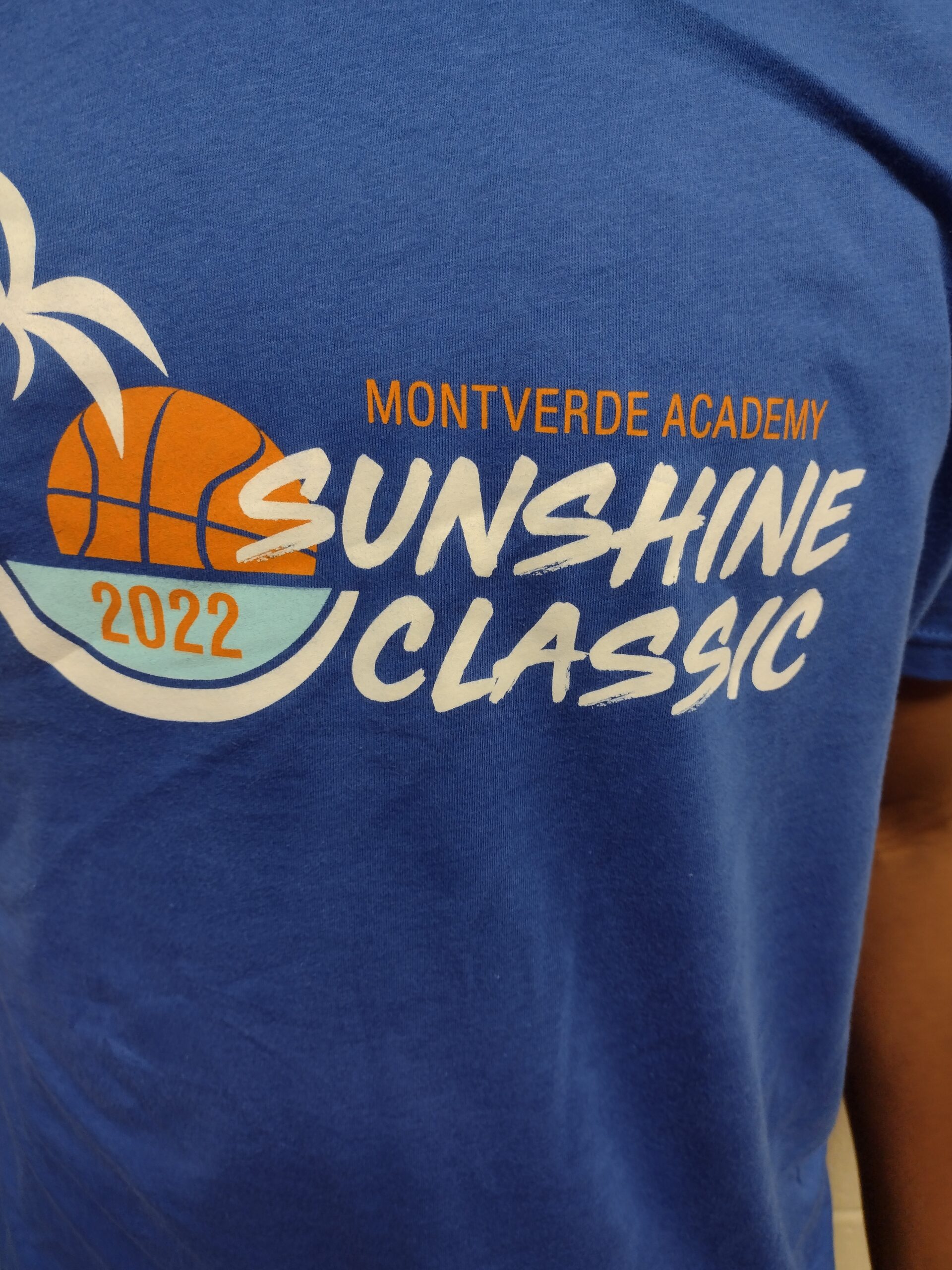 The National Interscholastic Basketball Conference (NIBC) made a stop at Montverde Academy for a three-day set of games under the banner of The Sunshine Classic.  We took in the first day of the event which was televised on ESPNU.  The first game featured host school Montverde Academy taking on in-state nemesis IMG Academy out of Bradenton.

It didn’t take long for the Eagles of Montverde Academy to erase the bad taste of a loss to AZ Compass Prep last weekend in Utah.  Liam McNeeley, a 6’8 junior, scored off the opening tip in the first three seconds of the game.  That was just the beginning of a 14-0 blast by the Eagles to start the first period.  While the Ascenders of IMG struggled with five missed shots and a pair of turnovers, Montverde got six points from 6’8 uber-sophomore Cooper Flagg, and four points each from 6’9 senior Kwame Evans and 6’9 junior Asa Newell.  IMG finally broke through with a bucket inside from 6’2 senior Jacoi Hutchinson. The teams then traded baskets and Montverde was up 18-4 with 3:35 to go in the quarter.  The Eagles weren’t done as Newell dropped in a three and Flagg put back a miss to put Montverde up by nineteen, 23-4.  IMG got one of two free throws from Amier Ali, a 6’8 junior that played last season at Montverde but on the next possession for Montverde, McNeeley got fouled on a three-point attempt.  He connected on all three to make the score 26-5.  Both teams then went dry until a steal and score by IMG’s 6’4 senior Blue Cain with forty seconds left in the quarter made the score 26-7, which is where it stood after the first eight minutes.

As white-hot as Montverde came out in the first quarter, the Eagles come out on the far end of that spectrum in the second period.  Their first several possessions resulted in four missed shots and a pair of turnovers.  IMG scored on two of its first three possessions, a put-back by Cain and a long two from Ali to make the score 26-11.  Then the Ascenders went into an offensive funk of their own and neither team scored for a bit.  Montverde finally got some points on the board with one of two free throws by Flagg and then a long two from 6’0 senior Dravyn Gibbs-Clayton to put Montverde back up by nineteen, 30-11, with just under five minutes to go in the quarter.  IMG then reeled off seven straight points as 6’5 senior Jaime Kaiser hit a three, 6’10 senior Jayden Hastings put back a miss and 6’7 junior Bryson Tucker scored in transition.  It sure looked like IMG was threatening as the margin was now only twelve, 30-18, with just under two and a half minutes left.  Montverde snuffed that threat with five points from Newell which included a ferocious dunk and a transition bucket from Evans.  The lead was back to nineteen for the Eagles until IMG hit a long two before the break to make the half-time score 37-20 in favor of Montverde Academy.

In the third quarter, the team’s traded scores for the first few possessions and with just under six minutes to play Montverde’s margin was fifteen at 42-27.  At that point, Montverde ripped off an 11-0 run as Evans hit a three then scored inside and Flagg dropped in a three as did McNeeley.  Now the score was nearly doubled-up with Monteverde leading 53-27 with 2:23 left in the third.  Ali of IMG stopped the bleeding for a moment with a three, but McNeeley then connected on another three for the Eagles.  IMG hit three of four free throws on their next two possessions, but a transition basket by Flagg ended the scoring for the quarter and Montverde was up by twenty-five, 58-33.

The fourth quarter was anticlimactic but there were a few highlight moments.  Sean Stewart, a 6’8 senior, had a baseline drive, slam, and converted three-point play that was Sports Center Top Ten worthy.  Ali of IMG got loose in transition and threw down a thunderous dunk.  With the Eagles up big, the student section was calling for 6’2 freshman Dhani Miller to make an appearance.  He did and with sixteen seconds left got to the line for a one-and-one opportunity.  He made both, sending the Eagle student section into a frenzy.  Montverde’s largest lead was thirty, 76-46, before IMG closed the gap to make the final score 80-55.

The Eagles put five players in double-figures.  Newell led the team with 19 points.  Both McNeeley and Flagg added 14 points and Evans finished with 12 points.  Flagg also stuffed the stat sheet with 11 rebounds, 4 assists, 5 blocks, and 3 steals, all team highs.

IMG was led by Ali with 12 points while Kaiser tallied 11 points.