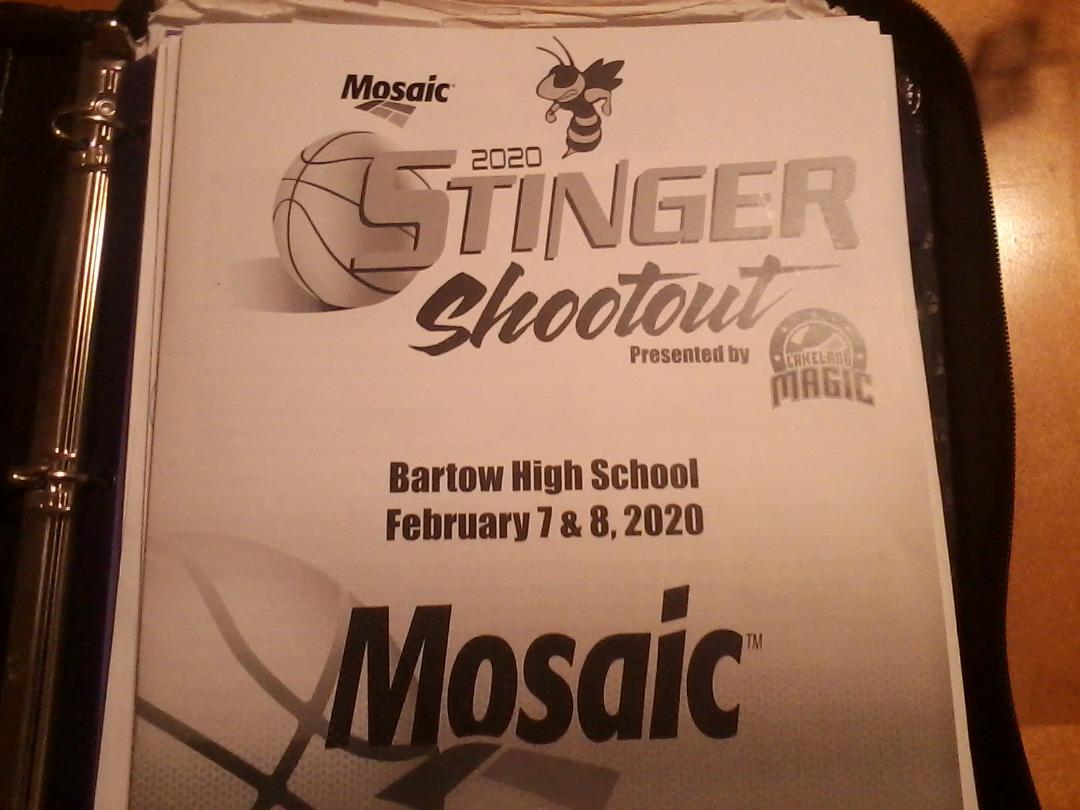 A featured game Friday night at The Mosaic Shootout, the host Bartow Yellow Jackets took on the Norland Vikings out of Miami.  A pair of programs with multiple championships for each, this matchup is as much about championship culture, effort and toughness as it is about talent or Xs and Os.

Bartow’s record may not be awe-inspiring but the young Jackets seemingly get better each time out.  That was the case early in the contest was they got out to a 7-2 lead midway thru the first quarter.  The tide shifted at that point.  Norland was able to get some runouts on turnovers or missed shots and quickly closed the gap.  By the end of the first period, Bartow’s lead was down to a point, 13-12.

The visiting Vikings tied the game at 17-17 two minutes into the second quarter.  At that point, Norland went on a 9-0 run and with 3:21 left until the break, the Vikings were up 26-17.  Bartow called a timeout at that point and it seemed to help.  The Yellow Jackets ripped off a run of their own, 6-0, to finish out the half down just three, 26-23.

Norland was quick out of the gate in the third quarter.  The Vikings led by six, 33-27, and Bartow called a timeout with 4:20 remaining.  It didn’t help as hoped.  Norland extended their lead into double-digits with two minutes remaining and at the end of the third quarter, led by a dozen, 39-27.

Bartow unleashed a half-court trap to open the final period of play and immediately got results.  The Vikings struggled with turnovers and a few five-second calls and Bartow slowly worked themselves back into the contest.  With four minutes to play, Bartow was down seven, 46-39, and seemed to have seized momentum.  At that point, Norland decided to run some clock, spreading the floor and hoping to take advantage of over-aggressiveness on the part of Bartow.  The Yellow Jackets got to within five, but time was running out and they had to foul to stop the clock and get the ball back.  Norland responded by connecting on six straight free throws to ice the game.  The Vikings won by eight, 52-44.

Bartow was led by Jaiden Wynn as their only double-figure scorer with 18 points.

We came away very impressed with the rapid improvement of Allen for Norland, who was named his team’s Player of the Game.  A lengthy 6’6 sophomore, Allen showcased his boundless potential by scoring from all three levels, grabbing rebounds at both ends and using his physical gifts to great advantage on the defensive end.  He plays with great effort and as his ball-handling and decision-making improve, so to will his ability to impact the game even more than he already does.

Wynn was named Player of the Game for Bartow and is a very intriguing prospect.  A long 6’6 senior, he is explosive off the floor.  Wynn is quick to rebounds at both ends, impacts the game as a shot blocker and rim defender, along with being a reliable threat to make shots out to mid-range.  At this point, he is a bit thin for the “four” spot and not yet skilled enough to play on the perimeter full-time but he has a very high ceiling and is very productive regardless of any current limitations.