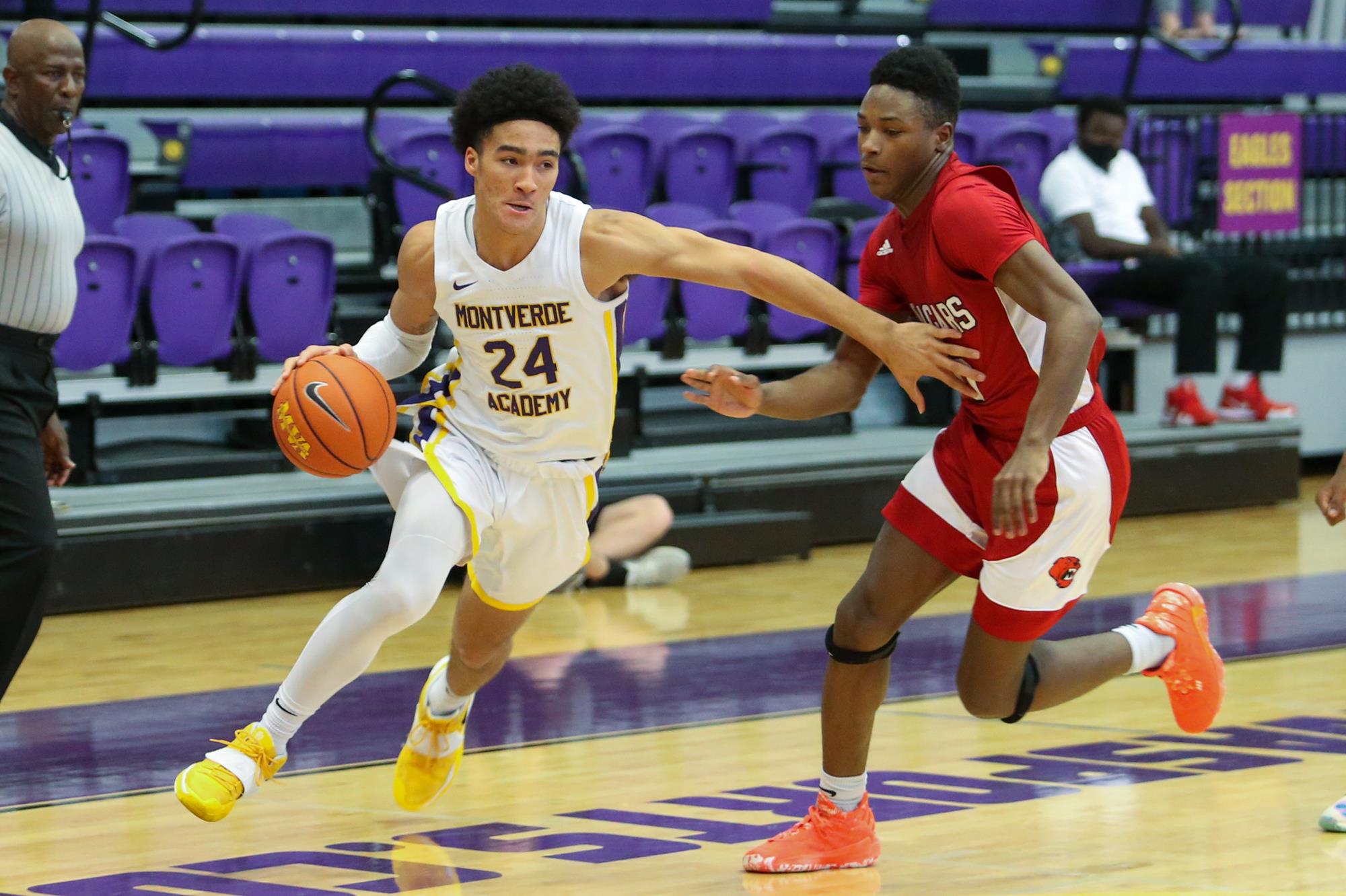 The host Eagles take on the Cavemen of American Fork Utah in the second semi-final of the day.  Because the Montverde Academy Invitational Tournament is a six-team affair in 2022, American Fork was one of two teams (Calvary Christian the other) to get a bye into the semi-finals.  Dariq Whitehead, a McDonald’s Game selection and the catalyst for national #4 Montverde suffered an ankle injury early in yesterday’s contest against Dallas Kimble and is a game time decision for the Eagles.

It was decided that Whitehead would miss this one.  Also, Kentucky recruit Skyy Clark was now in the lineup for Montverde after missing the first half of the season with a knee issue.  Finally, Vince Iwuchuckwu, a 7’0 Southern Cal commit who had started all season long, decided to transfer during the Christmas break.  So with no Iwuchuckwu, no Whitehead, and Clark playing for the first time, it was pretty much a different Montverde team than we had seen last month at the City of Palms.

Pretty quickly, it was clear that the host Eagles were going to have little trouble with the Cavemen.  The visitors from Utah were within two at 7-5 with just under five minutes to play in the first quarter but Montverde closed out the quarter with a 14-4 run to lead 21-9.

The second quarter was more than decisive for Monteverde and they went into the break up 47-22.  The Eagles led by thirty-three, 68-35, at the end of the third and it seemed a running clock was inevitable.  However, Montverde put in its bench for the duration of the fourth quarter while American Fork stuck with its starters.  This allowed American Fork to go on a run to make the final score of 87-63 a bit more respectable than it really was.