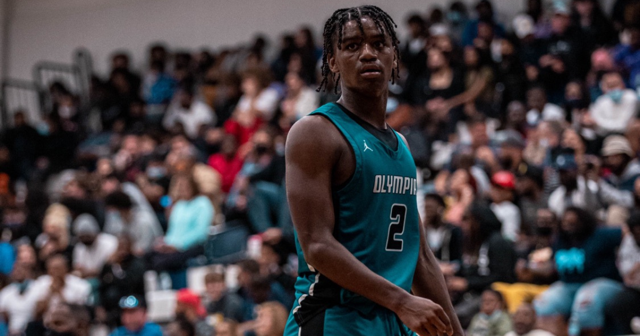 Here is a look at some of our favorite fives in a variety of categories from over the holidays.

Evan Ipsaro, 6’1 SR, Covington (KY) Catholic – The Miami of Ohio signee can run the show from the point or put up big numbers off the ball.

Nasir Mohammed, 6’1 SR, Brooklyn (NY) Xaverian – Very tough to stop in that he can get to the basket and score in the blink of an eye or rise up on either side of the arc and drain jumpers with consistency, even with a hand in his face.

Kohen Rowbatham, 6’1 JR, New Orleans (LA) Northshore – Plays with a swagger and confidence that elevates his team.  He is another player with a lot of tricks in the bag.

Alfonzo Ross, 6’0 SR, Savannah (GA) Woodville-Tompkins – Uses his deep range from the perimeter to set up scoring forays to the rim.

These guys showed range and consistency from way downtown.

Justin Kruszewski, 6’1 SR, Tarpon Springs (FL) East Lake – Hit 7 of 15 from three on second day of Sun Bash, each one seemingly deeper than the last.

These players can not only score from all three levels but have a deep bag of tricks to dip into to get the ball up and into the basket.

Jizzle James, 6’3 SR, Orlando (FL) Olympia – The Cincinnati signee creates space with his strong frame and is able to score through contact in traffic.

Anthony Robinson, 6’3 SR, Tallahassee (FL) FSU School – The Missouri signee is quick to the rim and has a reliable pull-up game.

Reed Shepperd, 6’3 SR, North Laurel (KY) HS – Future Kentucky Wildcat was tough to contain, whether driving to the rim, coming off ball-screens, or running defenders off screens to get free for quick catch-and-shoot buckets.

Karter Knox, 6’5 JR, Tampa (FL) Catholic – Has that won’t-be-denied mentality with the ball in his hands.

Jared McCain, 6’3 SR, Corona (CA) Centennial – The Duke signee had games of 29, 24, and 27 points against high-level competition at the City of Palms.

Five Guys with Swag Who Are Worth the Price of Admission

Go see these guys play and do it more than once.

Daniel MacGregor, 6’0 JR, Clearwater (FL) Calvary Christian – Plays with a chip on his shoulder but it doesn’t weigh him down.  Makes a lot of shots that make you wonder how he got the shot off, let alone make it.

Rahmir Barno, 6’1 SR, Philadelphia (PA) Imhotep Charter – The Most Valuable Player at the City of Palms Classic, time after time he got big buckets at crucial moments on the big stage.

Tyler Jackson, 6’1 SO, Baltimore (MD) St. Frances – A coming out party for Jackson in the Signature Series at the City of Palms.

Versatility is their calling card.  If you need it, whatever it is, they will get it.

Devin Royal, 6’7 SR, Pickerington (OH) Central – Scores the ball inside and out, is a grab-and-go rebounder, and a surprisingly good passer.

Stephon Castle, 6’6 SR, Conover (GA) Newton – The UConn signee had a triple-double in his first game at the City of Palms.  Just wind him up, let Castle do his thing, and the results are almost always positive.

Kris Parker, 6’6 SR, Quincy (FL) Crossroad Academy – While more known for his scoring, he is a good passer on the move and rebounds well in a crowd.

Jamie Phillips, 6’4 JR, Winter Haven (FL) HS – Physically he may look like a football player, but the point-forward runs the show for the Kingdom of the Sun champs.

Justin Edwards, 6’7 SR, Philadelphia (PA) Imhotep Charter – The Kentucky signee can and will play anywhere on the court.  The lefty scores the ball well out to the arc but also makes good shot vs. pass decision on the move.

I want these five guys around me when walking through the roughest parts of any city in America.

Todd Jones, 6’7 JR, New Orleans (LA) Isidore Newman – Whether in or out of his area, every rebound seemed to belong to Jones.

Tahir Bibbs, 6’5 JR, Riverview (FL) Bell Creek Academy – Big body and knows how to use it but also has a soft touch around the rim.

Jaylen Washington, 5’10 JR, Dallas (TX) Lake Highland – Consider him undersized at your own peril.  Routinely challenges bigs inside and comes out on top far more often than not.