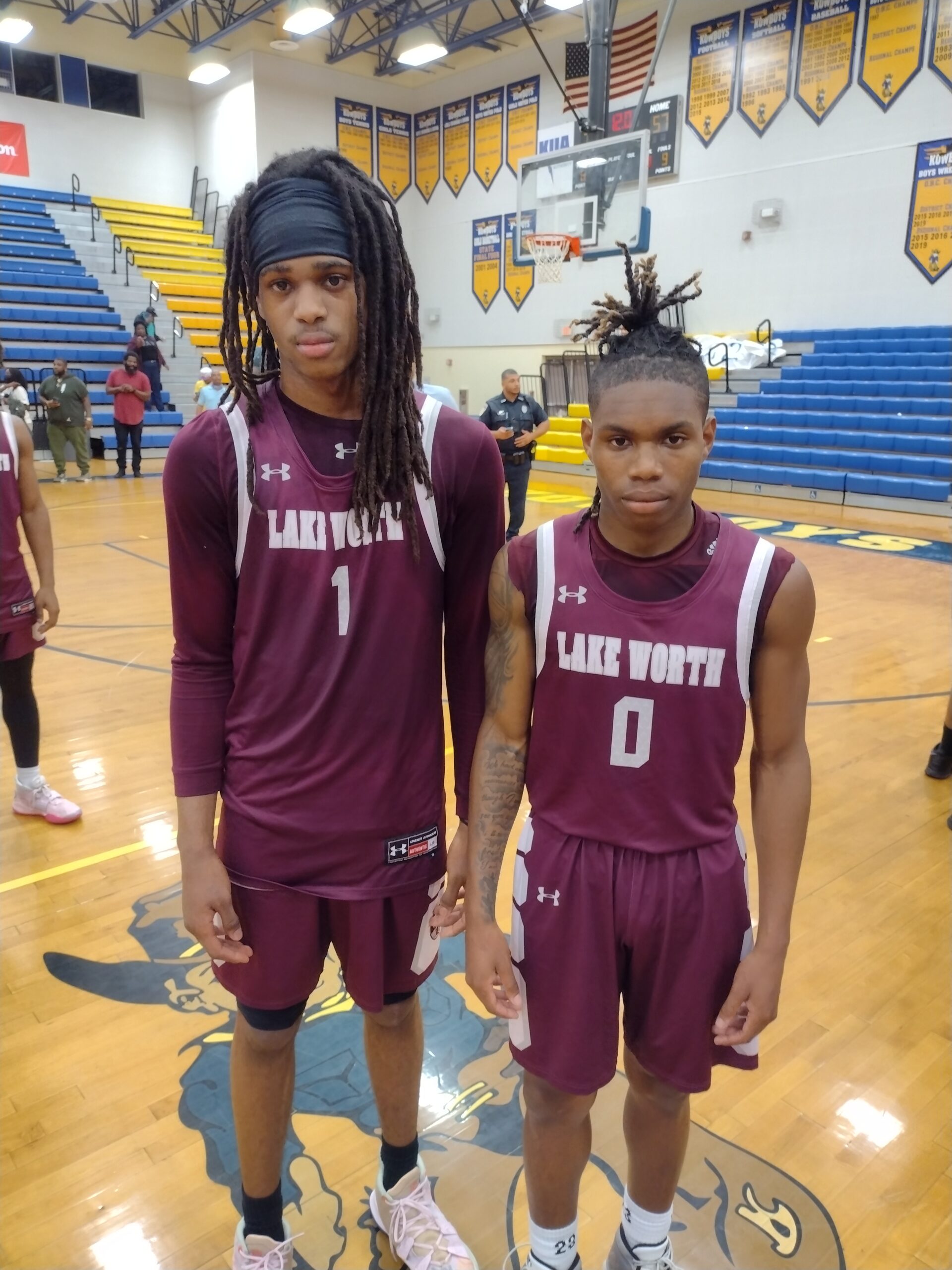 Not every event we took in over this holiday season named an all-tournament or all-event team.  We felt some players needed some much deserved recognition, so here you you.

MOP: Cameron Carr, 6’5 SR, Branson (MO) Link Academy – The Tennessee commit was the only player to score double-figures in both games for the Signature Series champs.

Tyler Jackson, 6’2 SO, Baltimore (MD) St. Frances – Dynamic scorer with two game outputs of 26 points against Link Academy in Game One and 27 points vs. The Patrick School in Game Two.

Kameren Wright, 6’5 JR, Gainesville (FL) The Rock School – Put up solid numbers against high-level competition.  Had 11 points against The Patrick School in the first round and 16 against Link Academy in the title game.

Jaiden Glover, 6’5 SR, Elizabeth (NJ) The Patrick School – Lit up the scoreboard to the tune of 19 points against The Rock School which included 5 for 11 from three-point range and 25 against St. Frances, dropping in 4 for 9 from behind the arc.

All-City of Palms Sunshine Series Team and MOP (our opinion)

Chris Arias, 6’6 JR, Jacksonville (FL) Providence School – His ability to both score and get his teammates good looks help to elevate Providence to the title.

Alex Lloyd, 6’4 SO, Fort Lauderdale (FL) Westminster Academy – Dynamic young player put up 16 points in narrow loss to IMG Blue in first round then had 26 against The Villages.

Sam Walters, 6’9 SR, The Villages (FL) Charter – The Alabama signee bounced back from a sub-par effort in the first round against Providence to put up 22 points against Westminster Academy.

Nasir Muhammad, 6’1 SR, Brooklyn (NY) Xaverian – May have been event’s leading scorer with outputs of 24 points, 33 points, and 23 points over the course of three games.

Anthony Robinson, 6’3 SR, Tallahassee (FL) FSU School – The Missouri commit led team to 3-0 record and was impressive with both his scoring and distribution skills.

Florida Get Down – Gainesville All-Event Team and MOP (our opinion)

Calvin Sirmans, 5’9 SR, Lake Worth (FL) HS – Another consistent producer for Lake Worth.  Sirmans is a terror at both ends of the floor.

Caleb Sanders, 6’5 JR, Riverview (FL) Bell Creek Academy – The big-bodied junior went for double-figures in both contests in leading BCA to a 2-0 record for the event.

A.J. Rodriguez, 6’5 SR, New Rochelle (NY) Iona Prep – A smooth wing that scores in a variety of ways, he led the Gaels to a 2-0 record while escaping the frigid north for New Year’s.

Joel Harrison, 6’2 SR, Oldsmar (FL) Christian – Greatly elevated his game, averaging over 20ppg and leading the team to a 1-1 record, that loss being in OT.

Alfonzo Ross, 6’0 SR, Savannah (GA) Woodville-Tompkins – Ross simply finds ways to put the ball in the basket.  He had 30 on Day One and 29 on Day Two.

Kris Parker, 6’6 SR, Quincy (FL) Crossroad Academy – A high-level D-I recruit, Parker can play any position on the floor.  He had 20+ in both games at The Get Down.

Jacob Sterck, 6’4 SR, Gainesville (FL) Buchholz – The team had a rough go of it, but Sterck proved to be a tough customer, leading the team in scoring.