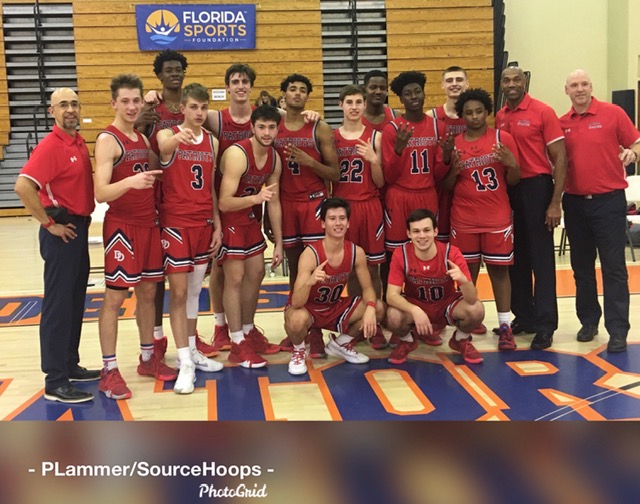 Threadgill poured in 32 points — 19 in the second half — to earn MVP honors. Appalachian State 6-10 signee C.J. Huntley (14 points) and senior guard Will Coble (17 points) also made all-tournament from Davidson Day.

The Patriots are very fundamentally sound. They pass the ball well on offense until they get open shots and compete on every shot on defense.

Davidson Day head coach Ron Johnson earned his 500th career victory during the tournament. The milestone came with a victory over Mater Lakes.

Johnson played his college ball in South Florida at Barry University and was also the head coach at Benjamin School in Palm Beach County from 1998-2003.

Benjamin won a state title under Johnson in 2001.

WAITING TO BE CLEARED

I caught up with former Westminster Academy star Chase Johnston.

Johnston, who signed with IPFW out of high school, has transferred to Stetson due to family reasons. He said he is waiting to be cleared but is practicing with the team.

Johnston helped lead WA to three consecutive state titles (2017-19). He was one of the top 3-point shooters in the South the past two seasons.

Dwyer High sealed the victory for Palm Beach County on Monday night with a 53-37 W over North Broward Prep.

2021 forward MK Ashmore did not play for North Broward Prep because of a respiratory infection.