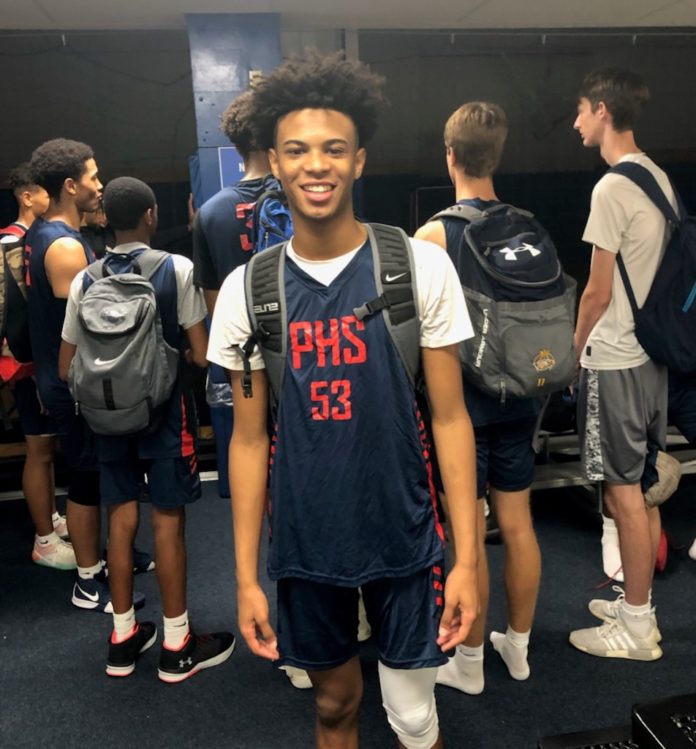 Marvel Allen, Team Breakdown: As an 8th grader last year, the 6’2 Allen was already a varsity starter at Palm Beach Gardens Benjamin and averaged double-figures.  He’s playing up the majority of the time on the 17U level, so clearly he is a talent.  He certainly fits the Breakdown mold of an aggressive guard at both ends of the floor.  Allen made a statement with fourteen points against Team Parsons, showing the ability to get to the basket and finish thru contact as well as make open shots from the perimeter.  His active hands, quick feet, and take-no-prisoners attitude on the defensive end serves him well against older, more experienced opponents.

Yussif Basa-Ama, Team Parsons: The 6’10 rising senior seemingly gets better every time we watch him play.  He scores well on either side of the basket and now he has added a driving game from the high post and short corner areas of the floor.  Yussif has also gotten stronger, completing quite a few “and one” opportunities throughout the course of two games on Saturday.  He gets extra points during most contests as he is an active rebounder at the offensive end.  Defensively, he shines as a rim protector as well as a “big” that can step out on ball-screens and move his feet to keep up with smaller defenders.

Corey Sawyer Jr, PHS (featured picture): The 6’4 rising senior was one of the bigger surprises of the Showdown.  The long and lanky Sawyer was a double-digit scorer throughout the event.  His effective shooting range extends past the three point arc but he also finishes well in transition.  A good ball-handler and passer out on the perimeter, Sawyer slid over to run the offense at various times over the course of the weekend and didn’t seem out of place.  Still, his best value comes from playing off the ball and being used as a primary scorer.  Sawyer uses his length to quickly get to lazy passes in his defensive area.

David Perez, Triple Threat: The 6’2 rising senior uses his strength to get to the basket and score.  He is crafty in finding ways to get his shot off in traffic and made some extremely tough shots this past weekend.  Perez is a solid ball-handler, but more of a straight-line driver to the basket as opposed to a player that “shakes and bakes” on his way to the hoop.  He has good form on his shot and made a couple of perimeter jumpers this past weekend but he used that weapon sparingly. 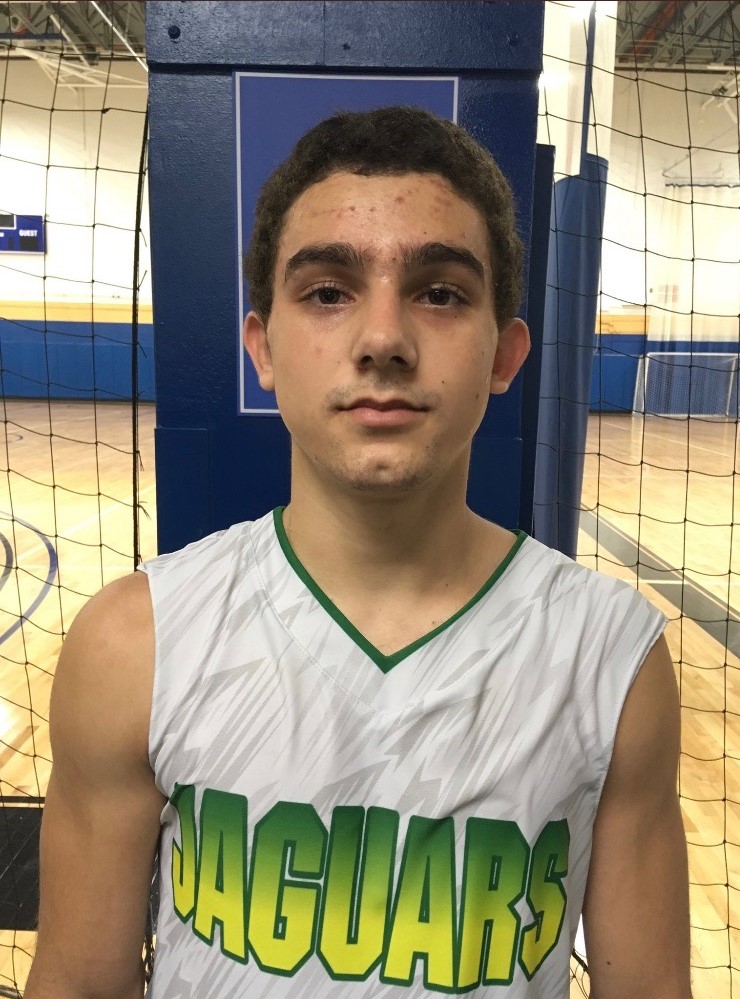 Kyle Feldman, Jupiter Jaguars: The 5’10 rising senior was a key catalyst in the Jags run to second place in the recent AAU 17U Nationals.  He continued to be a productive player at the Showdown.  He surprised many defenders with a quick first step and a propensity for getting into the lane and scoring with floaters or creative shots in traffic.  Feldman looks to not just draw a foul on his forays to the hoop but focuses on making the bucket and if the call comes he is very accurate from the charity stripe.  He’s also a solid passer of the basketball when on the move and more than once got the ball to a teammate for an easy score when it didn’t look possible.  Feldman plays with a chip on his shoulder and gives every ounce of effort he can when on the court.

Caleb Muller, South Florida Kings Gold: The 6’4 rising senior doesn’t look the part; he’s skinny, not overly athletic, and doesn’t come at you with swagger and attitude.  However, he gets the job done.  Muller rang up games of 17, 16, and 32 points over the course of the weekend.  He wasn’t all about waiting to catch the ball and shoot threes either.  Yeah, he drained a couple of those but he is quick to get ahead of the defense in transition, finds ways to rebound the ball against bigger and stronger foes, especially on the offensive end, and moves smartly without the ball into gaps in the defense, quickly getting up and knocking down shots before the defense adjusts.

Ryan Bewley, Team Breakdown: The 6’8 rising freshman doesn’t play like it.  Like all youngsters who have had the early advantage of physical superiority early on in their athletic lives, Ryan can certainly use some skill improvement.  That should come in the normal course of the next four years.  Though playing up several levels on the 17U circuit, Ryan competes well thanks to his advanced coordination and athleticism.  He’s quick off the floor to rebound and changes ends swiftly in transition.  Ryan make the most of his opportunities around the basket and doesn’t shy away from playing physically on either end.  He and twin brother Matthew (mentioned in an earlier post) have stellar futures.