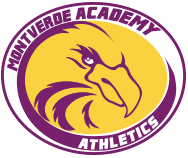 A pair of independent powers took the court at Montverde Academy last night as the Calvary Christian Eagles of Fort Lauderdale flew into Montverde to take on the #2 nationally ranked Eagles.  After winning a pair of state titles in the FHSAA (one in 3A, one in 4A) the last two years, Calvary decided to take on a more rigorous game and travel schedule with its program.  There is not better measuring stick when assessing your program on a national level than to take on the reigning GEICO National Champions.

Both teams came into the contest missing an important piece.  For Montverde, 6’4 senior and Georgetown signee Marvel Allen has been bothered by an ankle injury all year and most likely won’t be back until the GEICO Nationals, if at all.  For Calvary, 6’6 senior Carl Cheranfant, a Memphis signee, was injured in the team’s game this past Saturday against IMG and had his left foot in a boot.  According to coaches, the initial X-Rays were negative and an additional set will be taken later this week. For now, the boot is more of a precaution and they expect Cheranfant to return.

The contest opened with a dunk by Montverde’s K.J. Evans off the opening tap.  Calvary came right back with a three from 6’2 senior Jaylen Curry.  The back and forth would continue for the first four minutes of the quarter as the score stood at 8-8.  At that point, Montverde took over, using a 7-2 run to go up 15-10 with 3:16 left in the quarter and forcing a Calvary timeout.  The teams played pretty much even the rest of the period and after one Montverde led 20-14.

The next three quarters was a showcase of dominating basketball at both ends of the floor for Montverde.  That six point first quarter lead grew to nineteen (40-21) at the half, ballooned to thirty-one (65-34) after three quarters and ultimately ended with a final margin of forty-six points(!), 97-51.  This was Montverde’s 8th win in a row.

For Calvary, Jaylen Curry, a 6’2 senior, led the way with 20 points while 6’5 sophomore Sean Abaev tossed in 12 points.

The casual observer might chalk up Monteverde’s win to superior talent and/or depth.  However, in comparing the team’s play to what we saw in early December, this group of Eagles has improved by leaps and bounds.  They are far more cohesive on the offensive end and connected on the defensive end.

By our unofficial notes, the Eagles had sixteen assists on twenty-eight made baskets that were not off of offensive rebounds.  Not sure how that 57% number translates to a norm, but for a high school team it seems pretty impressive.  Regarding those offensive rebounds, we counted a total of fifteen for the game, ten of which were put back for points.

Defensively, whether in half-court man-to-man or various trapping schemes, the Montverde players knew where to be and when to be there.  Rare was the easy basket for Calvary Christian.

The Eagles of Calvary know that building an independent national power is something that can’t be rushed.  Head Coach Cilk McSweeney and his staff needed four years to build a state champion and believe they are on the right path and have the processes in place to eventually be on par with those teams that play in the NIBC.

Several players made big impressions over the course of the game.

Curtis Givens, Montverde: The 6’2 junior has assumed the point guard role and provides a steady hand.  Though he only went 1-4 from the perimeter, he kept the ball moving on offense and hounded opposing ball-handlers with zeal.  He maybe played half of the contest due to the score but it was clear he is an important piece to the Montverde puzzle.

Jaylen Curry, Calvary: The 6’2 lefty finished with a team-high twenty points and proved to be a legit high D-I recruit.  The senior connected on three-balls off the dribble, has quick and shifty moves to get to the basket, finishes well and makes his foul shots.  Curry is very fast with the ball and makes good decisions with it going at full speed.

Derrick Queen, Montverde: The 6’8 junior controlled the inside at both ends of the court.  He has a variety of scoring tools in the post, seemingly catches every ball that comes his way, and rebounds well at both ends of the floor.  It is almost as if the ball finds Queen more than Queen finds the ball.  He had a number of one-handed rebounds that he shouldn’t have been able to grab.  Queen does a good job of getting the ball to open shooters and cutters out of the post.

Ethan Latham, Calvary: A 6’10 junior, Latham showed a lot of promise for the future.  He is a good athlete for his size, has a solid frame, and moves well up and down the floor.  Latham rebounded well at both ends, showed a soft touch around the basket, and challenged shots inside.

Bryce Heard, Montverde: A 6’5 sophomore, Heard may have only been 1-2 from beyond the arc, his only shots of the game, but his potential to reach the highest level was very apparent.  A very good athlete, he is fast up and down the floor in transition.  We were impressed by his defensive capabilities as well as movement off the ball on offense.  No doubt his contributions to the team will grow as the season wears on.