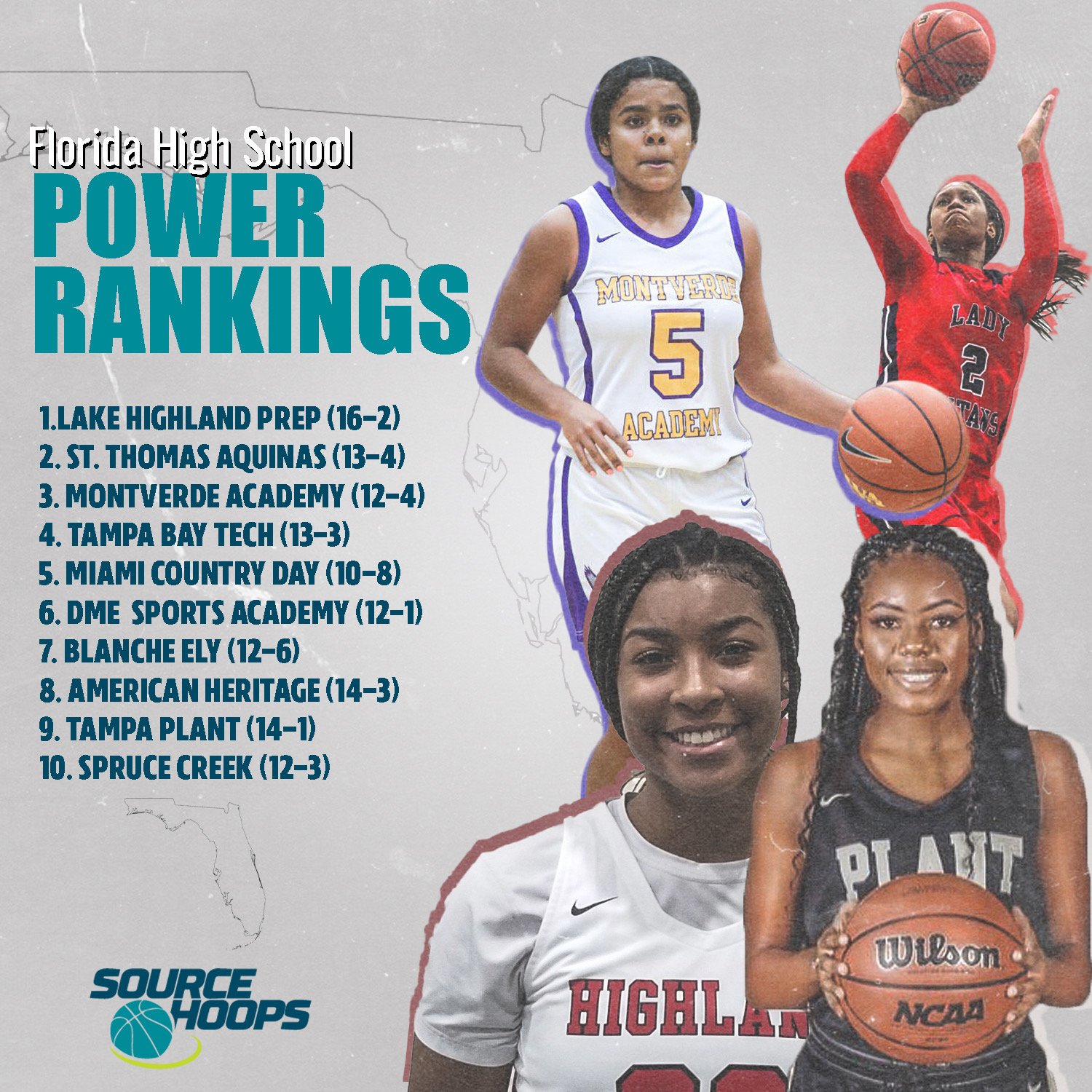 While our primary focus has been on boys’ basketball, we just had to show the girls some love by releasing a Florida High School Girls Basketball Power Rankings as they head down the home stretch of the regular season.  This list includes all teams in Florida regardless of classification or affiliation.

We’ve been tracking games across the state and currently Lake Highland Prep sits at No. 1.  The Highlanders defeated Montverde Academy last week who were poised to be our top team just like their male counterparts.  However, LHP led by veteran Head Coach Al Honor had other plans and dethroned the Lady Eagles.  No. 2 St. Thomas Aquinas went undefeated through a recent three game gauntlet by defeating defending state champions, Dillard, American Heritage and Miami Country Day all in the same week.  Montverde, a talented Tampa Bay Tech team and perennial powerhouse Miami Country Day round out the Top 5.

No. 6 DME Sports Academy has owned their SIAA opponents and defeated Montverde.  A Top 10 battle will take place tomorrow night as No. 7 Blanche Ely takes on No. 8 Plantation American Heritage in Pompano.  Tampa Plant who hasn’t loss to a team in state checks in at No. 9 and Spruce Creek who defeated rival Father Lopez last week finalizes the Top 10.

This will be another action-packed week across the state and the MLK Dream Classic in Tampa will have some highly anticipated match ups which features several teams in our Top 10 this weekend. We can honestly say it’s been “No Ducking Season” in High School girls’ basketball in Florida.

Stay logged to sourcehoops.com as we update the Florida Girls Power Rankings for the rest of the season.