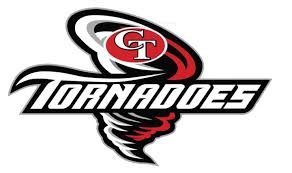 We were all set to attend the Friday session what was to be the Spectrum Sports Shootout but when Bright House got bought out and changed its name to Spectrum, one of the casualties was high school sports other than football.  Regardless of the name of the event, there was still quality basketball to be found.

Both teams came into the contest with only a single blemish on their respective records.  Plant City grabbed the early lead and held it throughout the first quarter until Lakeland tied the score at fourteen with a minute to play in the period.  Plant City carried a three point, 17-14 lead into the second period and proceeded to stretch their lead from there.  Plant City looked in complete control with an eight point lead at the half, 31-23.

Lakeland changed things quickly in the third.  They opened the quarter with a 10-4 run to draw within 35-33 at the 4:30 mark, forcing a Plant City time out.  Lakeland tied the score on their next possession and took a 37-35 lead one minute later.  Lakeland would control the scoreboard until a mid-range jumper from Plant City just before the end of quarter buzzer sounded to tie the game at 45 all.  Lakeland continued their “hot streak” to start the final period, outscoring Plant City 8-2 to lead 53-47 with four minutes left in the contest.  Lakeland was able to maintain that lead for the rest of the period as their defense challenged the Plant City shooters and limited them to one shot and out.  A half-court heave by Plant City just before the final buzzer made the final score Lakeland 65, Plant City 62.

Lakeland received a sterling performance from 6’8 junior Luke Anderson as he scored 25 points and grabbed 13 rebounds.  He got help in the form of 12 points from Chrishawn Butler and 10 points from Dwayne McCabb.

The initial attraction to this contest was watching North Florida recruit Dorian James take on Duncan DeMuth of Seminole who signed with Oklahoma State.  We got something far different.

It looked early only on like the superior size, athleticism, and physical talent of Winter Haven would overwhelm Seminole.  They jumped out to a 10-3 lead quickly.  Seminole got to within one at 14-13 with just under two minutes to play in the quarter but Winter Haven scored the last four points to make it 18-13 heading into the second.  A quick pair of threes from Seminole gave them a one point lead after a minute of play in the period.  Winter Haven would respond to take a 22-21 lead at the four minute mark but Seminole was unfazed.  They continued to run their “Princeton-style” pass and cut offense to get open looks both at the rim or from beyond the arc.  When the half time buzzer sounded, Seminole was back in front by two at 28-26.

The third quarter proved to be Winter Haven’s undoing.  With the score tied at 31 at the six minute mark, Seminole erupted on a 10-2 spurt over the next two minutes to lead by eight.  Though Winter Haven made a run or two in both the third and fourth quarters, Seminole always had an answer, either with a three or a wide-open layup at the end of the Winter Haven press.  Seminole would eventually end this clinic on team basketball with a ten point 68-58 win.

Collin Sowada led Seminole with 19 points and seemed to take delight in making various Winter Haven defenders look silly trying to keep him from getting the ball after cutting off of screens.  Arik Marvin was 5-7 from beyond the arc and finished with 17 points while Parker Conitz was a frequent visitor in the paint and finished with 13 points.

Both squads are in the upper echelon in their respective Hillsborough and Pinellas Counties.  It was just a couple of seasons ago that Largo had reached a state title game.  Wharton is hoping they can make that same journey this season.

Both teams set a good pace in the first four minutes of the contest, with Wharton leading by a point at 10-9.  The defenses then kicked in for both teams and scoring became more difficult the rest of the quarter.  Largo led by just two, 14-12, heading into the second.  Largo would hold serve throughout the quarter and at the half the Packers again led by just two at 27-25.

Largo broke away from Wharton in the third quarter.  By the 2:30 mark of the third, Largo had been on a 9-4 run and seemed in control up seven with the score 36-29, forcing a Wharton timeout.  Whatever was said in the timeout by Wharton head coach Tony Tonnelli was pure genius.  Not only did Wharton finish the third quarter on a 6-0 run to get within 36-35, the run continued well into the fourth.  In all, Wharton laid down a 19-0 streak that put Largo down for the count.  Largo final scored with two free throws at the 3:15 mark of the fourth quarter but by then it was too late.  Wharton would roll to a 60-46 win.

We enjoyed this game as much as any as there were a lot of new faces for us to see.  The teams were very competitive in terms of size and athleticism and that showed on the scoreboard with the game tied a six with three minutes to play in the first.  Strawberry Crest took an 11-8 lead into the second period but after four minutes of play it was Clearwater on top 20-16.  That lead for the host was short lived as Strawberry Crest closed out the period on a 9-2 run to lead 25-22 at the break.

Strawberry Crest would maintain their lead throughout the third period but could never get much separation from Clearwater.  Midway thru the quarter the margin was five but heading into the final period, Strawberry Crest led by only one at 38-37.  Strawberry held a 44-42 lead with 5:24 left to play when Clearwater took a timeout.  Out of that break, Clearwater hit consecutive threes and from that point there was no looking back.  Clearwater led by four with one minute left and held off Strawberry Crest at the foul line, winning 61-55.

Strawberry Crest was led by freshman Charles Crewes with 20 points and got 18 points from 6’6 senior Brandon Hill.

Lakewood came in short-handed as they were without the services of Jalen White due to a cast on his left hand, while Tech came in just short as their main contributors all stood 6’0 or smaller.  That size differential played a key part to Lakewood getting out to a 14-7 lead in the first quarter as 6’9 sophomore Jamille Reynolds tallied nine points in the opening period.  Tampa Bay Tech would get close during the second period and found themselves down only one at the half, 23-22.  There was some “extra-curricular” excitement during the second quarter as a fan sitting on the front row stood in objection to a foul on a Lakewood player.  This caused the referee to suspend play and have the top Clearwater administrator “handle the situation”.  The spectator was allowed to stay until halftime but then was escorted out.

Lakewood expanded their lead in the third quarter as they were up ten at 35-25 midway thru the period.  It helped that they got into the double bonus well before the end of the quarter.  Tampa Bay Tech found an answer, finishing the third quarter with a 13-3 run to tie the game at 38 heading into the final period.  However, that third quarter took a long time to play as TWENTY fouls were called in the period.  It didn’t take long for Tampa Bay Tech to get into the double bonus in the fourth period so now every foul was a two shot foul.  Lakewood grabbed an early lead and never relinquished it.  Up four at 46-42 with 2:49 left to play, they spread the floor to run some clock.  Tampa Bay Tech didn’t foul right away as they are solid in defending the ball in their pressure man-to-man.  Lakewood was able to use their height to their advantage by passing over Tampa Bay Tech on the offensive end and denying them good looks on defense.  Lakewood would hold on to win by the score of 54-49.

Reynolds led Lakewood with 16 points, while both Adrian White and Oteman Delancy each had 12 points.