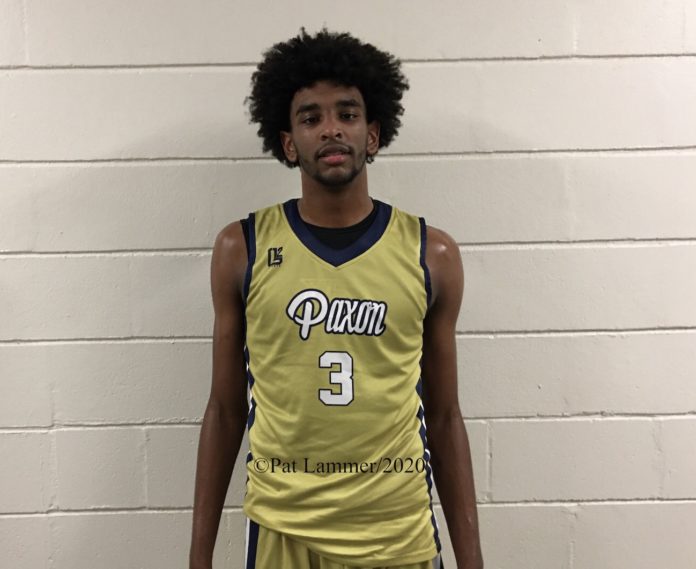 The 6-foot-6 Adams — a UCF signee — was the Class 4A Player of the Year. The Paxon star averaged 24 points, 11 rebounds and 3 blocks in helping the Golden Eagles reach the state tournament as a senior.

Adams & Co. went 25-6 under coach Toby Frazier. The Golden Eagles lost to Stranahan, 59-54, in the state semifinals. Adams earned All-State honors in Lakeland, shooting 10 of 21 from the field during a 29-point, 9-rebound, 3-block performance.

Asked where UCF sees him on the next level, Adams told me: “They want me to come in like right away and be a play-maker like how I am now. Get it off the rebound, like a [No.] 3-4, and push it up the floor and be a play-maker for everybody else, but still able to get my shot. So, just be able to make plays without running the offense.”

Adams said he took a huge step in his progression last summer while playing on the travel circuit with Team Parsons.

“Playing in the summer, and playing against good competition, that helped a lot,” Adams said. “With me being hurt the previous two summers and me coming back and playing this full summer it helped a lot seeing where I am as a player and seeing what I need to work on to get better.”