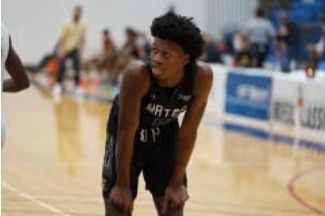 Best Opening Matchup: The Lehigh/Charlotte match-up is the closest on paper.  Charlotte had defeated Lehigh already this season and Charlotte is likely still seething from losing the district final in OT to Fort Myers.  Fleming Island at Forest should also be solid.  Both teams are ranked in the top twenty.

Best Chance for an Upset: There are a few upset opportunities for Thursday.  While Columbia is ranked #15, it still has a long road to Pensacola to play what appears to be a very “hot” Tate squad.  #20 Fleming Island, on the road at #14 Forest is definitely ripe for an upset.  Fleming Island plays the type of game that could give Forest fits should they fall behind.  While neither are ranked, Winter Haven defeating Viera on the road is in the realm of possibility.  Plant City and Doral, both ranked, go on the road to play unranked opponents.  It wouldn’t surprise if the road team won in either instance.

Toughest Region: In Region 2, all eight participants are ranked in the top twenty, five in the top ten.  It starts with #1 Oakridge and settles at #20 Boone.  No matter who comes out of the region, they will have faced a grind that should prepare them well for the final four in Lakeland.

Best Opening Matchup: By the numbers, it should be #10 Durant and #9 Alonso.  Another intriguing game is #21 Wellington on the road at Vero Beach.

Best Chance for an Upset:  Surprisingly, there aren’t that many to choose from.  #4 Olympia has to go on the road to play unranked Orlando University, but is that an upset if the road team wins in that one? We definitely expect Wharton and Wellington to be tough outs on the road.  Other than that, it seems like the home teams should be heavily favored.

Lake Worth over Coral Springs