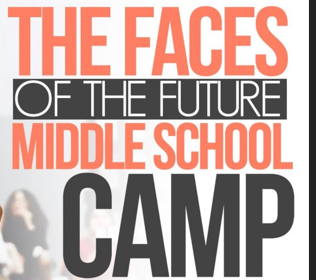 Here are more Class of 2026 standouts from the Faces of the Future Middle School Spotlight.

Amari Cummings: A 5’10 wing out of Jacksonville, Cummings not only shot the ball well from the perimeter, he was also very accurate with in-the-lane floaters.  A good athlete, he chased down rebounds at both ends of the floor.

Evan Roberts: A 5’9 guard from Bradenton, Roberts demonstrated a solid overall skill set.  Athletic, he was both fast and quick with ball, pushing the pace in transition and slicing thru defenses in the half-court.  Not only did he score from all three levels, Roberts made good decisions on the move and got the ball quickly to open teammates for easy shots.

Kadir Rackley: A late edition to the event as his size and hometown are not listed in the provided roster, his play deserves mention.  Rackley was one of the shorter players in attendance for his class, but he was very effective.  He made shots out to the arc with consistency, got by opponents off the dribble but didn’t over-penetrate and found open teammates on the move.  As they say, “it isn’t the size of the dog in the fight but the size of the fight in the dog” and the tough Rackley has plenty of it.

Felipe Quinones: A 6’4 wing out of Orlando, Quinones isn’t flashy but solid in all phases of the game.  He moves well without the ball, scores on drives, and knocks down perimeter shots with good form and mechanics.  Quinones is an active offensive rebounder and is a grab-and-go rebounder on the defensive end.

Justin Bringeham: A 6’2 wing from Orlando, Brigheham found various ways to get to the basket and score.  Whether it was on drives, in transition, or putting back missed shots, he put up points quickly.  Bringeham took few perimeter shots but the ones he did take had solid form and mechanics.  A good athlete with length, Bringeham has a high ceiling.

Larry Miles: A 5’10 guard from Orlando, Miles has speed and quickness to spare.  His perimeter shot is a work in progress but he still scores in bunches.  He gets passed defenders with a quick first step and scores at the basket before the defense can collapse.  Miles also pushes the ball up the floor in transition and with his speed usually gets past a retreating defense.  He isn’t just a scorer as he threw some good passes on the move to notch more than a few assists.

Jamil Rimes: A 6’0 guard from Leesburg, Rimes is a strong-bodied guard that attacks the basket with positive results.  He finishes at the basket in tight spaces with creativity, touch, and body control.  Rimes is an okay perimeter shooter at this point.  Improving that aspect of his game will give him a lot of opportunity to make an impact once he reaches the high school level.

A.J. Cuellar: A 6’0 wing from Kissimmee, Cuellar did a little bit of everything in the game we watched: hit threes, dropped dimes, scored on drives, got on the glass at both and scored in transition.  It is always fun to watch a kid play the game the right way.

Onix Baez: A 5’8 guard from Kissimmee, Baez impressed with his perimeter shot, toughness, and energetic play.  Already a very good three-point shooter, he seemingly understands how to run ball-screens; when to stop and pop, when to take it hard to the basket, or give it to the screener to make a play.  He is constantly in motion on both ends of the floor.