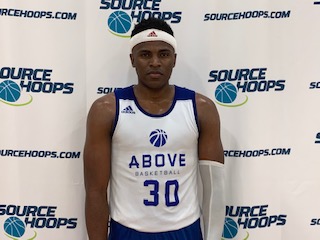 Tucked away in Clay County, Fleming Island has become a solid program that gets little recognition.  A real road block to Lake City Columbia in the same district, don’t be surprised by any post-season success the Eagles might achieve.  Ahman Greenidge, a 6’5 senior, is a strong-bodied player that dominates the glass, powers his way to points, and makes a lot of hustle plays.  Demarion Valmyr, a 6’7 senior, doesn’t look to score much but he controls the backboards and challenges anyone that dares to enter the lane.  Antoine Sandy, a 6’4 senior, does a little bit of everything for the team.  By the time the game is over, he has made his impact all over the box score.  Bennie McDuffie, a 5’7 senior, is very quick with the ball, gets the team to play at a fast tempo, and excels at penetrating the defense and either scoring or getting the ball to teammates for good shots.  Lukas Miles (6’3 senior), Colton Zapp (6’5 senior) and Gavin Goldblatt (5’9 senior) will all find ways to contribute.

Ponte Verdra reached the regional semi-finals last year in 5A.  This year, they move up to 6A as the result of the FHSAA bi-annual re-classification.  The Sharks return three of their top four scorers from a year ago, putting them in a good position to start the 21-22 season.  Luke Pirris, a 6’5 senior, averaged nearly 16ppg last season.  Nathan Bunkosky, a 6’0 junior and 6’3 senior J.T. Kelly are both expected to increase their scoring production into double-digits this year.  Senior Will Henne and Sophomore Ethan Reinheimer, both 6’5, will be counted on to battle inside and grab rebounds.

Fletcher reached the region semis last season and will no doubt miss the scoring of graduated Zyhir Sims. Still, Fletcher returns three of its top five scorers from last season and that experience should be valuable.  Lajae Jones, a 6’6 senior, averaged 16 points and 8 rebounds a game last year.  He showcased his inside/outside skills during the summer.  Javeon Myles, a 6’3 senior, and Marquis Ghee, a 6’5 junior, will both be needed to contribute heavily for the Senators to reach expectations.

Formerly know as Robert E. Lee, a long-due name change took place this summer.  The team reached the region finals, a significant accomplishment after Alex Fudge left to enroll at LSU during the Christmas break.  Yes, the team was senior-heavy last season but Robert Jones and his coaching staff have enough talent in the cupboard to earn this spot.  Domonick Scott, a 6’4 junior and 6’2 junior Antonio Harrison will be given every opportunity to be playmakers.  Na’jai Moody, a 6’4 junior, also has plenty of experience.

The Cardinals have an experienced senior class that looks to make it out of a tough district and region.  Jalen Gilmore, a 6’3 point guard, proved very adept at both facilitating and scoring at various events this summer and fall.  Manok Lual, at 6’9, can play inside or out.  He is long, shoots the ball well from the perimeter, and is a competent shot blocker.  Moise Balunga, a 6’4 wing, is tough to keep from the basket. Nick Lowery, a 6’1 senior, is that all-important “glue guy” that makes plays that don’t often show in the scorebook.  A reliable ball-handler and shooter, he will be the guy Gilmore and Balunga look for when the defense clogs their path to the basket.  Trenton Walker, a 6’4 senior, is another Cardinal that knocks down three-point shots but will also take the ball strong to the basket if overplayed by the defense.

In this day and age of firing up threes at the first opportunity, it is somewhat refreshing to watch this team pound the ball inside and take advantage of their size.  Isaac Edwards (6’6 junior), Jordan Mikell (6’5 junior), Kelvin Johnson (6’5 senior) and Jeremaih Pierce (6’8 junior) all take turns posting up and either scoring around the basket or getting to the foul line.  The first three are capable of driving the ball from inside the three-point line while Edwards was willing and capable of connecting on perimeter shots.  Perimeter support comes from 5’8 junior Jeff Lavender, 5’10 senior Devean Knowles, and 6’1 sophomore Taylor Thompson.  Each contributed to last season’s Class 2A runner-up finish.

Jackson moves up to Class 4A this year but should still be able to compete with the best in the region and the classification.  This group comes at opponents in waves of quick guards backed up by a pair of rim protectors.  A duo of seniors, 6’9 Stephon Payne and 6’8 James Morrow, are effective together on the interior but will also rotate in and out should this team want to play their version of “small ball”.  Morrow has the length, athleticism, and aggression to make him a terror around the basket at both ends of the floor.  Payne offers much the same but he is not yet as polished offensively.  That will come in time.  The rest of the crew are all athletic and fast guys that want to play up-tempo and turn opponents’ mistakes into easy basket.  Kevin Odom, a 5’7 senior, is the leader of that group.  He is expected to be the point of attack on both offense and defense.

The team plays up-tempo and is not afraid of launching shots from well past the three-point line.  Mark Flakus, a 6’2 senior, is already committed to hometown UNF.  He’s a heady player that finds ways to collapse the defense and either get up a good shot for himself or find a teammate that has a better opportunity.  Beza Miller, a 6’0 junior, provides speed and quickness on the perimeter.  He is quick to move the ball to open, spot-up shooters but also gets to the basket quickly when given the opportunity.  Kent “K.J.” Jackson, a 5’11 sophomore, has deep range well past the arc.  His quick release allows him to get off shots even when tightly contested.  Parker Chappell is a 6’3 senior that provides more firepower from the perimeter.  Grady Schwartz, a 6’6 sophomore, and Matthew Hendrickson, a 6’5 senior, provide the necessary inside component to balance out this three-point happy group.  Both are physically strong, play a rugged style, and pursue rebounds with a vengeance.

The Celtics got very good very fast after a flurry of transfers arrived.  Elijah Russell (6’7 Senior), Jeremiah Russell (6’6 senior) and Chris Heard (6’8 senior), all came over from neighboring Forest after a coaching change.  They will join holdover Jerome Mincy, a 6’6 senior who frequently produced double-doubles last season to be one of the better frontcourts in the state.  In the backcourt, 6’3 senior Ashton Lovette and 6’2 junior Greg Maxwell will combine for a potent 1-2 punch.  L.J. Pugh, a 6’1 senior, is a deadly sniper from deep and will help space the floor.

Jalen Gilmore, Jacksonville Bishop Snyder: The 6’3 senior is a confident floor general.  He handles the ball well, has good floor vision, and throws easily catchable passes.  Gilmore’s shot is accurate past the three point line, but he is also a crafty driver that will score in a crowd.

Moises Balunga, Jacksonville Bishop Snyder: The 6’5 senior is strong, athletic and tough to contain when going to the basket, whether in transition or drives from the half-court.  He is also a surprisingly good passer on the move and is quick to kick out or drop off the ball to open teammates should the defense cut him off.  Balunga has an improving perimeter shot, is a tenacious rebounder and disruptive defender.

James Morrow, Jacksonville Jackson: The 6’8 senior seemingly gets better every time he steps on the floor.  Long, athletic, and bouncy, Morrow finishes above the rim on lobs, in transition, and when putting back missed shots.  He runs the floor well, protect the paint, and has a few basic scoring tools when not double-teamed inside.

Ashton Lovette, Ocala Trinity Catholic: The 6’3 senior is a big guard that can play either on or off the ball.  He has a strong, thick frame and overpowers most opponents to get to where he wants to go on the court.  Lovette has a respectable perimeter shot, generally makes good decisions with the ball, and helps out on the glass at both ends of the floor.

Dontrell Jackson, Alachua Santa Fe: The 5’10 junior was a big reason for Santa Fe’s run to Lakeland last year.  He is a clutch performer that makes big shots.  Very quick, he has an “old school” mid-range game and makes his teammates better.

#1 Sophomore: Jaylen Robinson, Jacksonville Providence: Robinson has a solid frame, good athleticism, and a motor that doesn’t stop.  His perimeter shot as well as ball-handling skills have greatly improved.

#1 Freshman: Keron Jackson, Jacksonville Ed White: We got a look at Jackson this summer and he looks to have the combination of size, athleticism, and skill to make an impact from Day One.

Senior Sleeper: Stephon Payne, Jacksonville Jackson: The 6’8 Payne is a bit of a lot bloomer, but he showed a lot of improvement at several events this past fall.  While his skills are still developing at the offensive end, he shows signs of making an impact at the defensive end with his rebounding and shot blocking prowess.