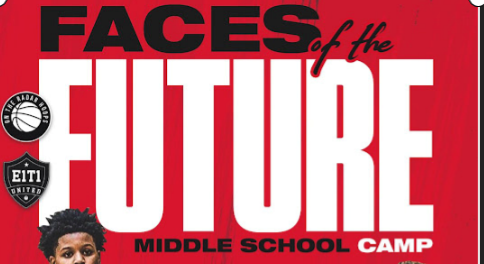 On Saturday, we headed to The Big House in Tavares to take in the Faces of the Future Middle School Spotlight.  By all accounts, Florida high school basketball should continue to have a great deal of talent throughout the state.  We will have a trio of reports from the event and we’ll start it with a look at some of the better performers from the Class of 2026, currently in Eighth Grade.

Chris Washington, Jr.: A 6’6 wing from Tavares, Washington can make a strong case for being considered the top player in his class in Florida and possibly one of the better ones in the country.  He has excellent athleticism and length at this stage, is surprisingly skilled, and is very active at both ends of the floor.  Washington has good ball-handling skills, attacks the basket relentlessly, and finishes with a flourish.  As he gains consistency as a perimeter shooter, Washington will be that much more difficult to defend.

Hurley Brutus: Basketball-wise, Brutus and Washington could be twins.  Brutus may be a barely-there-hair shorter at 6’5 but the Eustis native has all of the same traits.  However, Brutus is a bit more polished on the offensive end when it comes to passing and ball-handling.  His shot is also further along in its accuracy and consistency.  The challenge will be to continue to improve and not just settle for being the best of the bunch right now.  Brutus is another player that will contend for a high ranking in the 2026 Class.

Dhani Miller: The 6’1 guard from Clermont has a smooth style of play that belies his high-level effort.  Miller is a skilled scorer and passer, has a high hoops IQ and plays unselfishly on the offensive end and is disruptive on defense.  Based on long arms and big feet, it wouldn’t surprise if Miller has a growth spurt left in him which would make him a big guard that is capable of playing and defending multiple positions.

Kymani Weathers: Listed at 6’6 but looing taller, The Villages native was the tallest player in attendance.  He has very good athleticism for a player his age as he runs the floor well and is quick off his feet to swat shots and grab rebounds.  He surprised in knocking down a couple of perimeter shots but is still best when he can corral the ball near the basket, take advantage of his size, and score inside.

Maddox Palmer: Palmer may not be as athletic as some but 6’3 resident of Ponte Vedra is more savvy than most.  He has very good ball-skills, court vision, and basketball IQ for a guy his size.  Palmer makes good decisions on the move with the ball and looks to be a pass-first guard who can also score.  He has good form on his perimeter shot and he displayed range out to the three point line.  He has good size and is the type of player that can grab a defensive rebound and push it up the floor on his own.

Angelo Moton: At 6’3, Moton not only has good size at this stage but a strong frame and is a very good run/jump athlete.  Hailing from Leesburg, he is a high-level rebounder at both ends of the floor.  He is difficult to keep away from the basket and he routinely finishes through contact once there.  Moton never fails to go after rebounds, is a physical defender, and plays with a bit of a chip on his shoulder.  As he continues to polish his perimeter skills, Moton will ascend in the eyes of scouts and coaches alike over the next few years.

Kevin Thomas: The 6’4 Coral Springs product is a long and lithe athlete that plays hard and doesn’t shy from battling in the paint.  Thomas is quick off the floor for boards and blocks on the defensive end.  Offensively he is fast up and down the court in transition and is able to finish a lot of plays around the basket.  No doubt that as he gets older his skills will improve.  Thomas arguably has as much “upside” as any player at the event.

Ian Parham: The 6’2 guard out of Orlando showed solid perimeter skills at the event.  Parham proved to be a good ball-handler with either hand, a willing passer, and he has good mechanics on his shot which appears to be reliable to around eighteen feet or so.  Parham also gets on the glass at both ends and puts in effort on the defensive end of the floor.