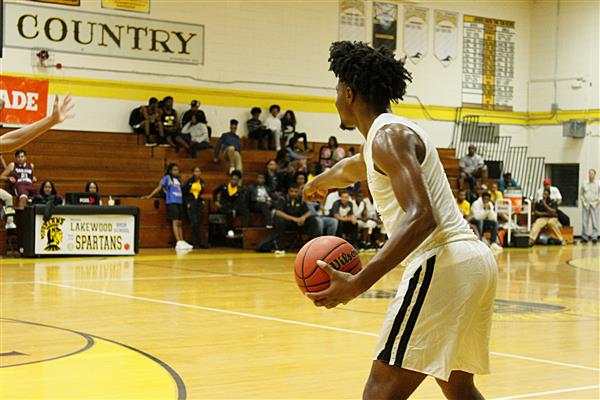 All things considered, our 6-2 record for our region semi-final picks is good as our “home court hypothesis” was really put to the test.  Both Tampa Catholic and Andrew Jackson won on the road; Catholic by a little, Jackson by a lot in their respective district finals rematches.  There were closer games than Saint Andrew’s eight point win over Oxbridge but none featured a team with the unblemished record that Oxbridge brought to the game.  Sadly, their first loss means they are done for the season.  Our Upset Chance game almost proved right as Booker T. fell by just three points at Westminster Christian.

Best Matchup: Heading across the state to play St. Andrew’s will provide a stern test for Tampa Catholic.  The last couple of seasons the regional final has been at their place and the Crusaders have prevailed.  This will be a good test for the big men of both teams.  The winner of this contest may be a favorite to reach the title game next week in Lakeland.

Best Chance for an Upset: A pair of games featuring highly ranked teams on the road against opponents that are ranked outside of the Top 25 should have #3 Jackson and #5 The Villages on alert.  Florida High is young so Jackson should have a bit of an edge even if the game is on the road.  Not much is known about Cocoa but Tre Mann and company are extremely eager to get to Lakeland after missing out last year. Neither Jackson nor The Villages can afford to take their opponents for granted Friday night.

The Villages over Cocoa

Another 6-2 mark for our predictions will suffice.  Palatka squeaked out a one point win at Eastside while Eustis got revenge on Poinciana with a two point victory.  Those were certainly two of the best games of the night along with Lake Wales one point win at home over Tampa Jesuit.  Somewhat of a surprise was Nature Coast’s 32 point win on the road at Crystal River to exact revenge for losing the district final.

Best Matchup: Rickards, ranked #4, comes calling on #5 Paxon Friday night.  The teams are nearly identical in terms of record, power rating and strength of schedule.  Also, both teams have a young core that could set one or the other up for future success.

Best Chance for an Upset: Lakewood’s gym was deemed too small to host the regional final, so Lakewood and Lake Wales will play at St. Pete HS, a neutral court.  Lake Wales has been playing well as of late while Lakewood has yet to be really challenged in the playoffs.  Lakewood will certainly have the advantage inside and will look to exploit it on every possession.

Oh man did we take a pounding with our picks in this class earlier in the week.  Crestview, Port Charlotte, Lehigh, and Dillard all won on the road in district final rematches.  Auburndale knocked off #1 Mainland at home, leaving us with a meager 3-5 record.  The largest margin of victory in those five games was five points, so we were somewhat close.

Best Matchup: Dillard, ranked #3, goes on the road to face #2 Doral and it’s unblemished record.  Dillard is a historic program and won’t fear going into Doral for this game.  Looking to repeat, Doral is playing with a toughness and confidence that will be hard to keep from getting back to Lakeland.

Best Chance for an Upset: Auburndale must go on the road to face #5 Hillsborough.  The Terriers are one of the bigger teams in the state but #10 Auburndale has the size to matchup with them.  That being said, most likely it will come down to which team can hit from the perimeter and take care of the basketball.

We redeemed ourselves with a 7-1 record for out picks from Tuesday.  Kudos to Windermere for going on the road and defeating a very good Melbourne team in overtime.  Fleming Island taking down Lee in Jacksonville was a bit of a surprise.  A bigger surprise was how badly Riverdale lost at home to Lakewood Ranch.

Best Matchup: #1 Windermere host #10 Wharton for the right to move on to Lakeland.  Wharton didn’t travel much during the regular season and hasn’t traveled yet in the playoffs.  It may take a bit to get situated on the road.  UCF signee Darrin Green is hoping to lead Wharton to an upset in the town he will call home for the next four years.

Best Chance for an Upset: As the district runner-up, Fleming Island must again go on the road.  They have won the last two times and now must face a Tally Lincoln team that reached Lakeland two of the last three years.  Fleming Island has proven it can win away from home so this contest should be a close one.

Cypress Bay won big at home over Western while Osceola won a tight game on the road at Vero Beach to put our record at 6-2 in this classification on Tuesday.  Both Seminole and South Miami won their games by three points in the closest contests of the night.  Lake Nona ran out of gas against a taller, more physical Evans team to send Cinderella home from the ball early.

Best Matchup: For the third year in a row, Osceola and Oakridge meet for the right to go to Lakeland.  The winner of this game has won the state title the last two years.  Don’t be surprised if that holds true again.  While Oakridge dispatched Osceola back in early December, both teams are much better now.  Osceola has proved it can win a tough game on the road.  Now it is Oakridge that must prove it can do the same.

Best Chance for an Upset: Seminole must go on the road to face an Evans team that is on a good run.  Seminole may not have the size that Evans does but they play at a quick pace and are stringent on defense.