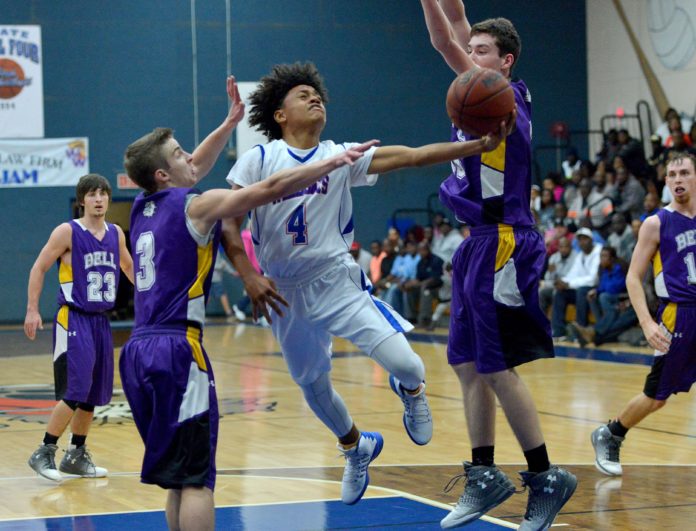 We went 4-0 in our picks in the regional finals.  Our Best Matchup game lived up to that billing with Madison County scoring a five point win on the road at Hawthorne.  Graceville certainly gave Paxton all it cared to handle, losing by just five, in a game we eyed as a potential upset.  Franklin County had no problem at home with Port St. Joe in a district rematch while Wildwood dispatched Bell by nine.

Best Final Four Matchup: Madison County (#2) vs. Paxton (#3) should be quite fun.  Paxton has only one loss on the season while Madison County, with just three losses, has taken on a tougher schedule to prepare for this time of the year.

Best Chance for an Upset: On the other side of the bracket, non-Top 25 Franklin County faces a Wildwood team that is looking to repeat.  Whereas it won’t surprise who wins the Paxton/Madison County game, it will stun if Franklin County takes out Wildwood.  Don’t under-estimate Wildwood’s 13-12 regular season record.  They didn’t play a Class 1A team all season until the playoffs and have a strength of schedule rating far beyond any of the other three semi-finalists.

Madison County over Wildwood for the Class 1A championship

We give a great deal of credit to Crossroad Academy for going into Jacksonville and knocking off #2 Impact Christian Academy.  This kept us from going 4-0 in our picks.  Crossroad’s one point victory was the closest of the night.  The next closest contest was a nine point win by CFCA.

Best Final Four Matchup: #5 Schoolhouse Prep and #7 North Florida Educational Institute should be entertaining.  Schoolhouse may be rated higher but NFEI has a better strength of schedule.  NFEI was in Lakeland last year and that experience should be of help against a taller Schoolhouse Prep squad.

Best Chance for an Upset: While the rankings of Central Florida Christian Academy (#3) and Crossroad Academy (#8) aren’t that far apart, some of their metrics are.  CFCA has a much higher strength of schedule and power rating but that won’t mean anything to a solid Crossroad Academy team.  The will be brimming with confidence after defeating Impact on the road.

CFCA over NFEI for the Class 2A championship

We were close to another 4-0 finish but Jupiter Christian went on the road to stun #2 Champagnat by a single point.  We listed this game as our Best Chance for an Upset and we should have taken our advice. A couple of surprising blowouts with Tally St. John Paul II winning by 33 and OCP winning by 35.

Best Chance for an Upset:  If Jupiter Christian can go on the road and beat #2 Champagnat, why not also on a neutral court against a young #1 Orlando Christian Prep?  The Warriors aren’t as individually talented as last season but they have bought in on the defensive end, allowing just 25 and 28 points in its regional playoff games.

OCP over Jupiter Christian for the Class 3A championship

Best Final Four Matchup: Westminster Academy, ranked #2, will be looking to win its third straight title.  They will certainly get a challenge from University Christian.  UC has knocked off #1 Providence and #4 P.K. Yonge (both at home) and feel ready to take on the world.  If UC doesn’t let the big stage intimidate them, they have a real chance of advancing.

Best Chance for an Upset: Not much thought has been given to Riviera Prep, the runner-up in District 7 to SLAM.  However, they have done what they had to do to advance and will pose a challenge to Seffner Christian.  Both teams are new to this scenario, so the coaches will play a bigger part than usual in keeping the teams focused on the task at hand.

Westminster Academy over Seffner Christian for the Class 4A Championship