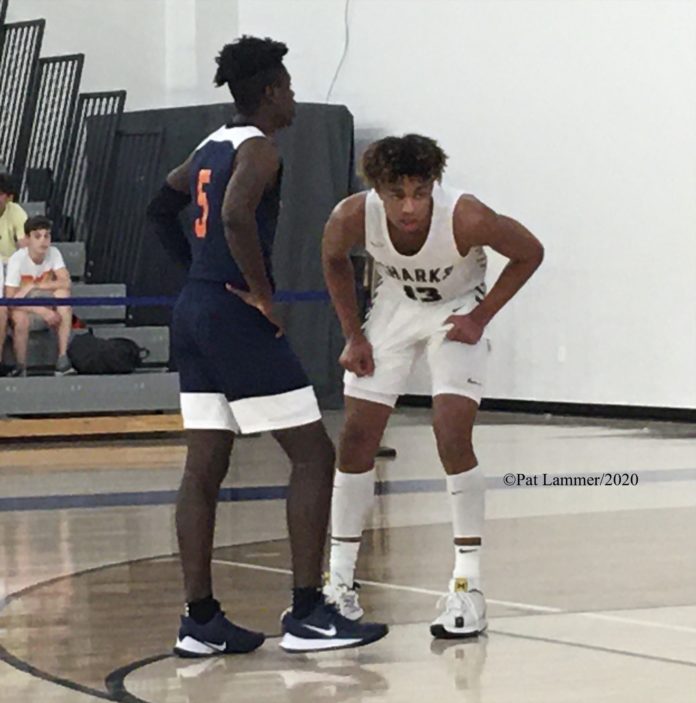 The Mighty Dragons won the Class 6A state title a year ago with fleet, high-scoring point guard Brian Dugazon running the show. If Stranahan is to get back to the championship game, it will need to continue to get major production from senior guard Chayse Culpepper.

The 6-foot-1 Culpepper, the son of former UCF and NFL quarterback Daunte Culpepper, has had a strong second half of the season in leading Stranahan to a 21-9 mark.

U-School had defeated Stranahan by 11 points during the regular season and by 10 in the district final.
Culpepper is a high-character prospect and very good defender. He shot 7 for 14 from the field in the victory over U-School.
“We prepared for this this whole week,” Culpepper said. “They beat us two times before this and it’s tough to beat a team three times. And the way we prepared — the way we worked — it came out.
“Props to everybody. We kept playing and my man, Daquion, he showed at the end. It’s a team effort. We’re going to win the state, baby. Back to back.”
Virginia football recruit Dave Herard connected on four 3-pointers and finished with 15 points Tuesday for Stranahan, while senior center Inady Legiste had 13 and Vickers closed with 6 points.
The loss ends University School’s season at 19-7. Sophomore Jett Howard led the Sharks with 22 points. Howard fouled out with 1:48 left in overtime.
Senior guard Roger McFarlane was the only other double-digit scorer for U-School with 12.
“We had opportunities to extend the lead,” Sharks coach Ron Oliver said. “That’s playoff basketball. Like the last few games, we couldn’t push the lead.”
University School held a 61-58 lead in the overtime period after a Jett Howard free throw and tip-in. However, Stranahan would end the game on a 5-0 run.
Legiste brought the Dragons within 61-60 and Herard hit one of two free throws to tie the contest, 61-61, with 1:48 to go.
McFarlane would have an opportunity to put U-School ahead with 7.9 seconds left in the extra session but missed two free throws. The Sharks were 3 for 8 from the free-throw line from halftime on.
That left it up to Vickers.
“We’re going to be in Lakeland,” Vickers said. “You’re going to see us there.”
University School led 18-12 after one quarter and held a 31-18 second-quarter advantage. But Stranahan ended the half on a 13-0 run to tie the game, 31-all, at the half.
The game was tied 46-46 after three and 58-58 after regulation.
Gulliver Prep advanced with a 66-61 W over Pine Crest.
Tags Chayse Culpepper Stranahan University School