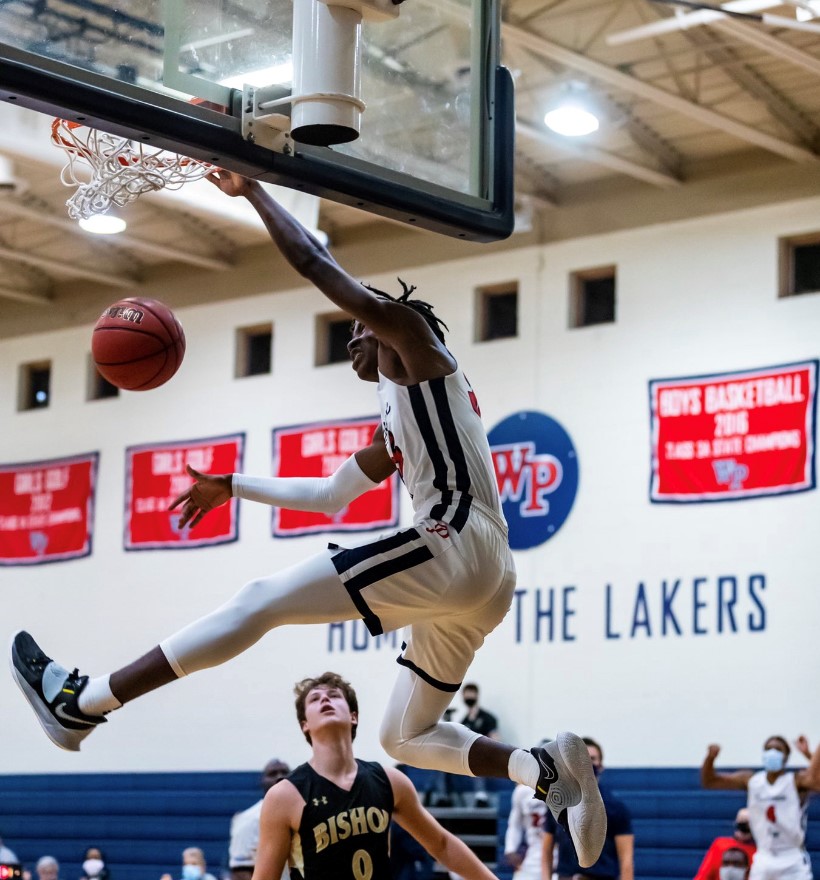 We headed over to Windermere Prep to watch the Lakers take on P.K. Yonge out of Gainesville.  The Blue Wave, a very young team with only one contributing senior, lost by just a single point in their district final to top ranked Providence out of Jacksonville.  We had not seen “Windy Prep” since before the Christmas break.  Mason Williams, a 6’4 junior, has returned and his physicality gives the Lakers an upgrade and makes them a different and more difficult team.

Surprisingly, both teams came out flat in the first part of the first quarter.  It was only 5-5 after the first four minutes.  It was Windermere Prep that grabbed the first lead of note at 10-6, but P.K. responded with a 5-0 run to go into the second quarter up one point, 11-10.

It didn’t take long for the Lakers to jump back on top and when they did, they created some separation.  The Blue Wave took a timeout down one at 15-14 with almost two minutes gone in the quarter but nothing really changed after the stoppage in play.  Windermere Prep led by just two, 22-20, with four minutes left.  The Lakers were able to create some separation as the half came to a close and led by six, 33-27.

The third quarter was all Windermere Prep.  They scored five points in the first minute to push their advantage into double digits.  P.K. finally called timeout with 4:23 left in the quarter after being outscored 8-2 at that point.  While the time out did slow down the Lakers’ momentum, the Blue Wave were unable to get the margin any lower.  Going into the fourth quarter, it looked like Windermere Prep had things completely under control, up 48-37.

P.K. used some blistering three-point shooting to crawl back into the contest in the final period.  With 5:35 left to play, the Blue Wave were down just three at 51-48 and Windermere Prep called a timeout.  The Lakers scored but the Blue Wave responded with another deep three to draw within two at 53-51 with 4:40 to play.  Windermere then hit a three of their own.  P.K. turned the ball over on each of their next three possession and each time Windermere Prep scored.  That two-point margin was now an eleven point deficit with under three minutes to play.  The Lakers would extend their lead from the free throw line as P.K. was forced to foul to get the ball back.  Windermere wins 73-57 and will have to travel to Tallahassee for a Tuesday night semi-final against Florida High.

For P.K. Yonge, freshman Patton Pinkins led all scorers with 27 points, going 7-10 from behind the arc in the process.  He hit many from distances that left Laker defenders shaking their head in disbelief that a player would not only take a shot from that deep but connect on it.  Sophomore Jordan Richardson aided the cause with 12 points.