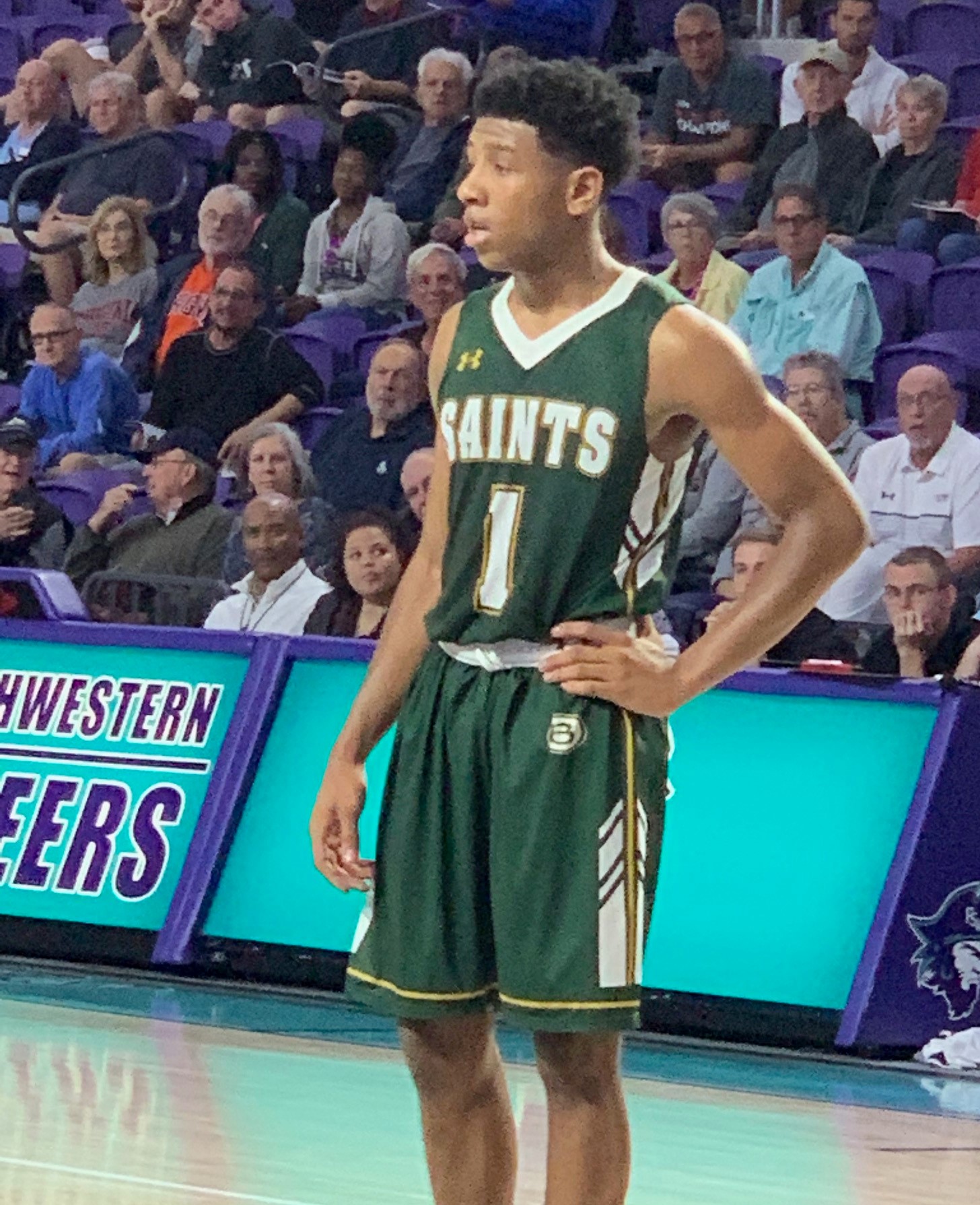 No team wants to go home 0-3 from the City of Palms despite most likely losing to three nationally ranked teams.  That’s what faced Ely and Briarcrest in Saturday night’s Challenge Game.

Ely delivered first on a bucket inside from Jaheel Paterson.  Briarcrest answered with a pair scores, a driving layup from Marcellus Brigham and a putback from Kennedy Chandler.  The early portion of the quarter would go back and forth like that until Ely’s Dudley Blackwell tied the score 8-8 with under five minutes to play.  Briarcrest’s duo again scored back-to-back baskets, giving Briarcrest a first quarter lead it would not give up.  Going into the second quarter Ely was down five, 22-17

A pair of Briarcrest free throws increased the margin to seven, but Ely’s Lamont Evans connected on a three to get back to within four.  Briarcrest then ripped off six unanswered points, highlighted by a Chandler three, to go up ten, 30-20, with just under five minutes to play in the second quarter.  Ely got back to within four after a score from Ken Kelley and a putback from Derrick Lovett, but would not be able to get any closer the rest of the half, which ended with Briarcrest up by six, 37-31.

Ely opened the third quarter with a three from Evans then a score inside from Jair Copeland to make it a one point game at 37-36.  Briarcrest answered with a long two, but Ely kept coming as two buckets inside by Copeland gave the Tigers a 40-39 lead with just under four minutes to play in the period.   Briarcrest would eventually tie the game at 43-43.  Ely stayed with it and led 49-47 with 1:06 left in the third.  Briarcrest tied the game a few seconds later and re-took the lead on an offensive rebound just before the horn to make the score 51-49, with one period left to play.

Chandler of Briarcrest extended their lead to four early on, but then the team began having issues taking care of the ball.  Ely wasn’t doing much better, but they were chipping away at the lead, albeit very slowly.  With just under a minute to play, Lovett converted a pair of free throws to tie the score at 55-55.  Ely forced a turnover, but gave the ball right back to Briarcrest a few seconds later.  With time winding down, Chandler drove to the basket, scoring in traffic with three seconds left.  Ely called a timeout, but was unable to execute the play, and Briarcrest would get a tough win, 57-55.

Briarcest was led by Brigham with 18 points while Chandler finished with 17 points and Omari Thomas added 11 points.

Ely had 15 from Blackwell and 12 points from Evans.