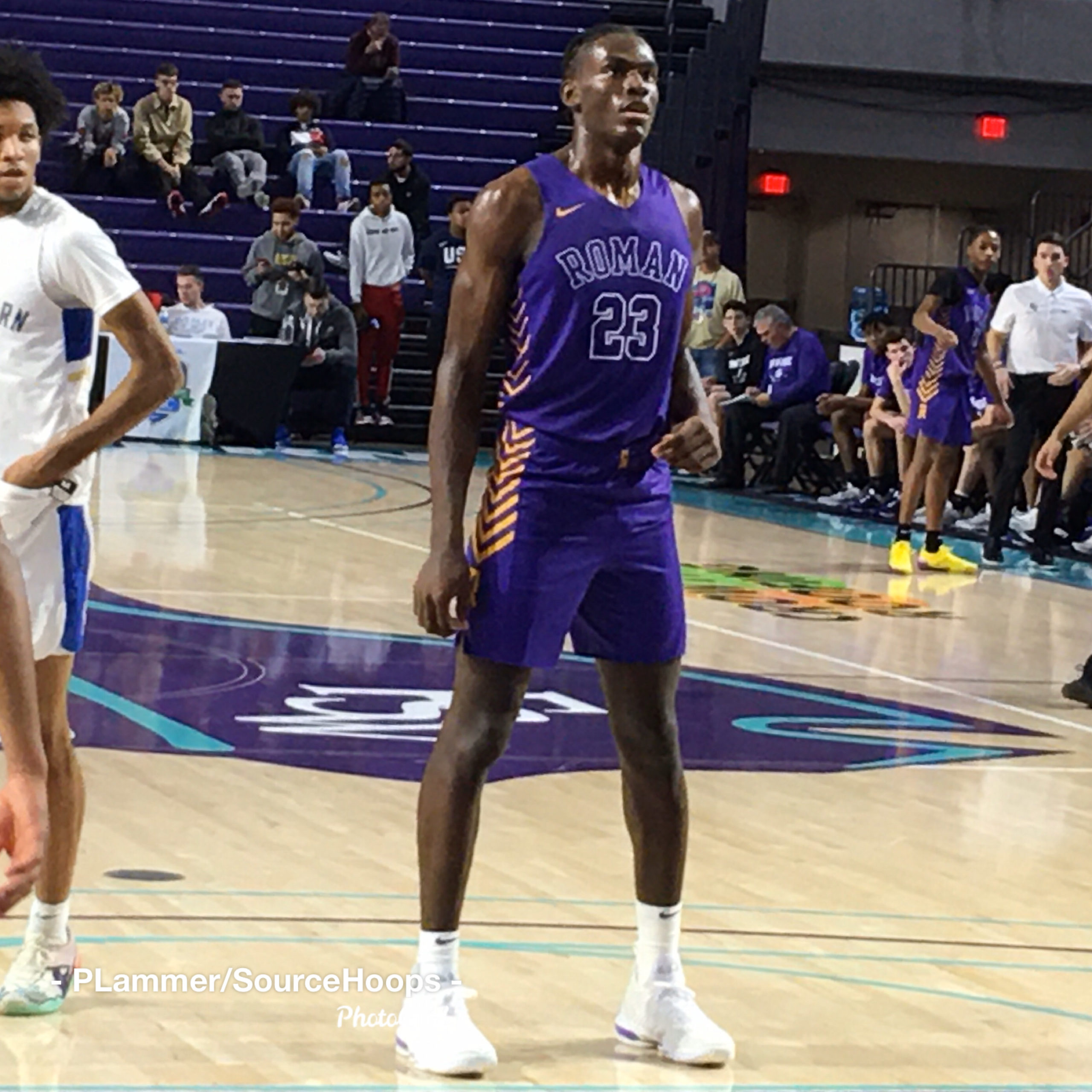 Both teams began the season ranked nationally but after both going 0-1 early on at the City of Palms, they find themselves in a Consolation Round game.  With Kentucky recruit Cam’ron Fletcher for Vashon and Catholic’s Jalen Duren, a top five member of the Class of 2022, there will be no shortage of talent on the floor.

Roman got on the board first with a mid-range jumper from Lynn Greer.  Vashon replied with a three from Recko Bailey and a free throw from Fletcher.  Roman’s Justice Williams nailed a three to take back the lead but Vashon responded with a 6-0 run to lead 10-5 with just over two minutes left in the first quarter.  Xzayvier Brown scored on the break for Roman to draw within three, but Vashon closed out the quarter with two more baskets to lead 14-7 going into the second period.

That Vashon run continued at the start of the period as three transition dunks, two by Fletcher, pushed their lead to thirteen at 20-7.  Catholic then righted the ship, pulling off a 10-3 run, highlighted by a smooth baseline drive from Williams, to draw within six at 23-17 with just under two minutes to play in the half.  A bucket by Vashon’s Nicholas Kern pushed their lead to eight at 25-17, which was the score at the break.

Vashon got out of the third quarter gate hot, going on an 8-2 run over the first three minutes to lead by fourteen, 33-19.  After a Roman timeout, the men from Philly got things back on track.  Their defense limited Vashon to just a pair of free throws while the Roman offense heated up, most notably in the form of Lynn Greer.  He had ten of Roman’s thirteen points in their 13-2 run to cut the deficit to just three, 35-32, going into the final period.

Roman got to within a point twice in the opening minutes of the fourth, but each time Vashon had an answer.  With the score 37-36 with seven minutes to play, Vashon ripped off a 6-0 spurt with a pair of Kobe Clark buckets sandwiched around a Fletcher putback.  Roman responded with an 8-0 run to tie the game at 44, six of those points coming on back-to-back three point shots from Brown.  With four minutes left, it was now a new ball game.  A Fletcher putback jam gave Vashon the lead, one they wouldn’t relinquish.  Vashon’s defense forced four straight Roman turnovers which resulted in some serious Vashon slams at the other end.  Fletcher capped Vashon’s game-ending 10-2 run with a reverse dunk on a breakaway to push Vashon into the Consolation Finals on Monday with a 54-46 win.

Roman was led by Greer’s 16 points while Brown finished with 15 points.