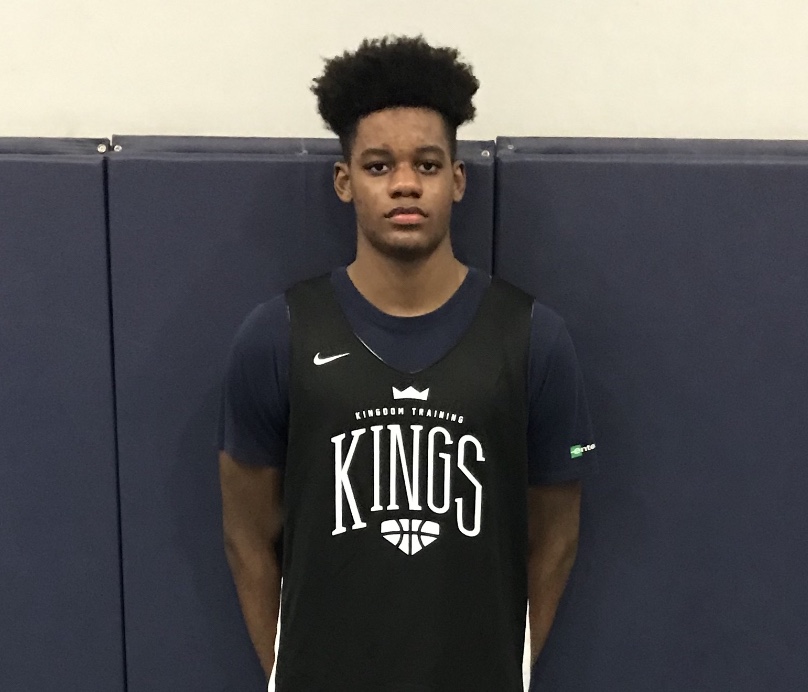 This was a match-up of two of the top teams in the state regardless of class and anticipated by hopheads everywhere.  Both teams won their first round matchups but Calvary lost to Milton of Georgia in the quarter-finals while OCP was taken down by Montverde.

Calvary jumped out to a quick 4-0 lead as Greg Glenn dunked one home off the opening tip and Carl Cherenfant scored in transition.  OCP then ran off seven straight points as Ven-Allen Lubin scored inside, A.J. Brown had a steal and two free throws and then Lubin dropped in a three in transition.  Glenn got Calvary back to within one with a baseline drive, but baskets from Brown, Lubin, and Ameer Ramadan made the score 13-6 in favor of OCP.  Calvary got back to within two after a three and a steal and score from Glenn.  OCP would shut out Calvary the rest of the quarter, finishing it off with a 10-0 run, highlighted by a Brown putback just before the buzzer to give the Warriors a 23-11 lead.

A Lubin lob extended OCP’s lead to start the second quarter, but Calvary was unfazed.  They reeled off seven straight points as Marvel Allen hit a three, Chrenfant scored from mid-range and Tyler Hendricks connected on two free throws.  With just over six minutes to play, the score was 25-18.  Ramadan hit a three for OCP to push its margin to ten but Calvary kept coming.  With the score at 32-22 in favor of OCP with 2:33 left in the half, Cherenfant hit a three and Allen put back a miss to cut the deficit to five at 32-27.  Ramadan hit a three for OCP but Calvary closed out the half with four straight points to cut the deficit to four, 35-31, at the break.

Calvary quickly got to within two with a bucket by Brennan Lorient to open the third quarter.  OCP then went on a run as Lubin scored inside, Brown connected on two free throws and Isaiah Brown converted a three point play.  With 5:06 left in the period, OCP led by nine, 42-33.  Calvary knocked five points off that margin pretty quickly with a transition basket from Allen and a three from Taylor Hendricks.  OCP got a three from Brown to make the margin seven.  With just under two minutes left in the quarter and OCP up 47-40, Calvary closed out the period with a 6-0 run, four by Hendricks, to enter the fourth quarter down one at 47-46.

Calvary grabbed its first lead since early in the first period on a bucket inside by Hendricks.  OCP responded with a pair of free throws from Lubin.  Hendricks scored the next five points in the game, extending their lead to 53-49.  The lead for Calvary would toggle back and forth between two and four points until with 1:29 to play, Calvary led 57-53.  Isaiah Brown hit a three to draw OCP to within one and then Jayden Hastings gave the Warriors back the lead with a bucket inside.  Now, with forty-five seconds left, OCP led by one, 58-57.  Hendricks converted one of two free throws to tied the game at 58-58 with nine seconds left.  OCP couldn’t respond with a basket and so we headed to overtime.

Calvary Christian struck first in the OT as Allen hit a baseline floater and Lorient scored inside.  Brown connected on two free throws to bring OCP to within 62-60, but then Calvary took control, scoring eight straight points to give them a ten point lead, 70-60 with 1:10 to go.  OCP would get no closer than six, and ultimately fall by the score of 73-66.

Calvary got 21 points from Taylor Hendricks, 15 points from Allen, 12 from Cherenfant and 10 from Lorient.

For OCP, Lubin had 23 points while Brown had 19 points and Ramadan had 12 points.