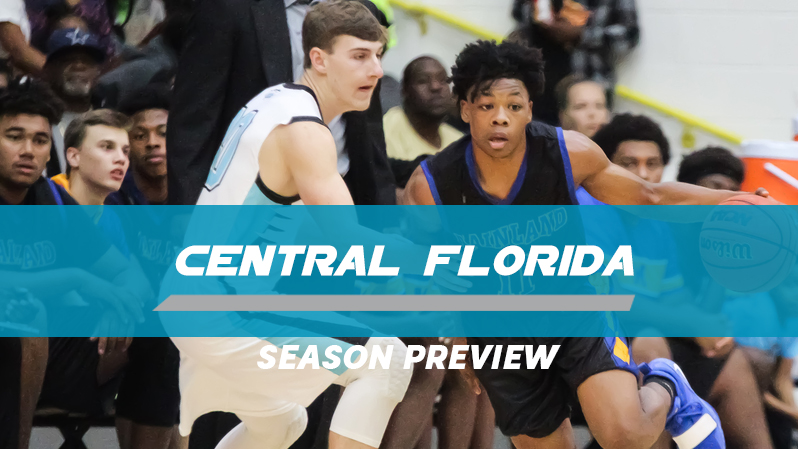 The Blue Darters were unexpectedly bounced in the first round of last year’s district tournament when they were the top seed.  That bad taste most likely still lingers and won’t go away until deep into the season.  Apopka enters the season with a solid one-two punch provided by 6’7 senior Zach Anderson, a Florida Gulf Coast commit, and 6’0 junior guard John Latimer,III.  The district becomes more challenging with the likes of Dr. Phillips, Olympia, and Lake Brantley coming in but Apopka has more than enough to better last season’s result.

This group of Pioneers is just as talented, but much younger, than in recent seasons.  Only one senior, 6’5 Keano Calderon, is expected to see much floor time.  An excellent junior class that features 6’5 Michael James, 6’5 Roddrick Henry, and 6’1 Jalen Smith give Oakridge a lineup that is filled with versatility and athleticism.  The team will play a challenging schedule to get ready for playoff competition.  The district should not prove challenging but the path to Lakeland outside of Orlando will be no picnic.

Seminole usually gets off to a slow start as many of the top players are dual-sport athletes and usually make a long run into the football playoffs.  Once the “football guys” get their basketball legs, Seminole starts to take off.  Senior guard O’shea Baker brings a football toughness to the floor and leads a team that puts its overall athleticism to good use.  Sophomore twins Demari and Jacari Henderson, excelled last season in their first varsity experience and should take a big leap in their second year.

The Eagles bring back a solid nucleus from a team that last year made it to the District Semifinals.  This flock is led by 6’5 senior and Appalachian State commit Michael Eads.  He fills up the stat sheet on a nightly basis and does whatever it takes to win.  Support should come from the likes of 6’6 Lloyd Matthew and 6’5 NaVaun Peterson.  It’s a challenging district with the likes of Bartow, Winter Haven, and a rising Poinciana team, but Edgewater has the talent and experience to reach Lakeland.

Mainland’s success may hinge on the play of senior guard Jordan Sears.  Last year’s Volusia County Player of the Year, Sears has proven to come up big in key moments of games.  Mainland lost some key pieces from last season but has enough talent back to be regarded as one of the better teams in the area.

OCP has been a dominant small school program for over a decade.  This season won’t be any different, despite a more challenging route to Lakeland due to re-alignment.  In the front court, the team can bring plenty of size in the form of 6’6 senior Jaylin Williams, 6’7 junior Camden Easley, 6’6 sophomore Ven Allen-Lubin and 6’8 freshman Jayden Hastings.  Each had their moments this past spring and summer in front of college coaches and are playing with great confidence.  In the backcourt, 6’2 senior Eric Butler, 6’0 junior Omar Figueroa, and 6’4 sophomore A.J. Brown can all score in bunches and play tough on both ends of the court.  It would be a shocker if OCP didn’t make it to Lakeland once again come March.

CFCA has elevated its program the last couple of seasons and will most likely pose the biggest obstacle to crosstown neighbor OCP.  The Eagles have some talented transfers led by 6’1 senior Sadeem Blake.  He’ll play either guard spot and produce accordingly.  Nick Silva, a 6’7 combo forward, will definitely compliment Blake’s perimeter play with some interior scoring and slick passing.  Junior forward Julian Cheese brings much needed energy to the floor.  It’s a new group from last year’s Class 2A state champs, but no less potent.

After winning the title in 2018, Wildwood came up short in last season’s finale against Madison County.  Led by 6’0 senior Marcus Niblack, the Wildcats are a heavy favorite to return to Lakeland to compete for their second title in three years.  Juniors Nate Mickell and Alfred Corbin will be counted on to elevate their roles from last year.  Kyler Rodman, a 6’9 senior, transfers in from Ocala Trinity Catholic.  His size alone will give Wildwood an advantage that most 1A schools can’t match.  Rodman isn’t just a big body; he’s got some decent post skills and can make shots out to fifteen feet.

Not since the days of Joel Berry has Lake Highland Prep had a team with this type of expectations.  It starts with 6’4 senior Victor Brown, a slasher that gets to the rim quickly and finishes thru traffic.  Both 6’4 sophomore Brice Sensabaugh and 6’5 freshman Sean Stewart have bright futures.  Sensabaugh is a marksman from the perimeter and Stewart is quite skilled for a player just entering high school.  On the perimeter, 6’7 junior Gabe Ferguson and 6’6 junior Miles Stewart make the most of their opportunities around the basket and control the paint on defense.  Running the show will be 5’9 sophomore Jared Berry, a younger sibling of the former NCAA Championship MVP.

TMA has become much like TFA in that regardless of the talent level the program continues to win and make playoff runs.  This year’s team will rely on the perimeter talents of senior guards Andrew Thelwell and Corey Sawyer.  Thelwell has already committed to Morehead State while Sawyer has plenty of options for the next level as well.  The supporting cast will have to take a step up to get TMA to a spot in the final four come March.

Zack Anderson, Apopka: The 6’7 senior forward and FGCU commit is a versatile performer that can produce both inside and out.  He’s a competent perimeter shooter that also handles and passes the ball well.  He’s long and quick off his feet which allows him to get to rebounds before his opponents as well as block shots.

Michael Eads, Orlando Edgewater: The 6’5 wing and future Appalachian State player simply has a knack for getting the ball in the basket.  He has consistent three point range on his shot and uses his strength well to attack the defense and score at the basket.  Eads has a high basketball IQ and is a valuable passer and ball-handler.

David Greene, Ocoee: Despite flying under the radar for most of his high school career, the 6’7 senior blossomed this spring and summer, earning several D-I offers.  With the build of a power forward and the game of a wing, Green is tough to match up with.  He’ll drive by or shoot over bigger defenders while smaller players he takes inside and simply abuses them.

Jordan Sears, Daytona Beach Mainland: The 5’10 junior is highly skilled, cerebral, and effective.  He has great range on the perimeter, has crafty dribble moves that get him to the rim, and an ability to finish creatively in tight spaces.  Sears is a better defender than he’s given credit for as he is quite alert for opportunities to swipe the ball away from the dribbler or in the passing lanes.

Jaylen Williams, Orlando Christian Prep: The 6’6 senior scores from all three levels on the offensive end, can grab rebounds and push the ball up the floor, and is athletic enough to challenge shots in the lane.  He can post up smaller guys or go around bigger ones when out on the perimeter.  He’s also an adept passer from the post or perimeter.

#1 JR: Michael James, Orlando Oakridge: James, a transfer from Wekiva, played well on the 16U EYBL circuit and is drawing interest from the likes of Alabama and other high D-I programs.  The 6’5 wing is at his best when attacking the basket, either off the dribble or in transition.

#1 SO: Kevin Zeng, Windermere Prep: Zeng, a native of China, played up on the 16U and 17U circuits this past spring and summer and acquitted himself well.  The 6’9 lefty has range out to the arc, can put the ball on the floor to score and is and efficient passer.  While not a great athlete, he’s good enough.

#1 FR: Sam Walters, The Villages: Already standing 6’8 and armed with a high level of skill, Walters should get a lot of time to shine at The Villages.  He can stretch the floor with his shot as well as make plays when driving the ball to the basket.

Senior Sleeper: Cam Summers, The First Academy: As a junior, Summers led the team in scoring.  He has a sound jumper that extends to the arc, is a strong finisher inside, and an alert defender.