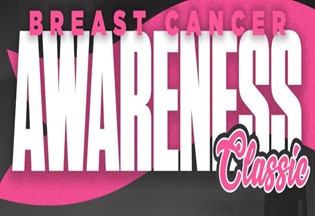 We took in the 2020 Breast Cancer Awareness Classic at The Big House in Tavares on Saturday.  The organizers put together a very interesting five game slate and each one was very good.

Last year, Tampa Catholic rode a talented and senior-laden team to Lakeland.  This time around, youth is the order of the day for the Crusaders.  While Jones isn’t as young as TC, it was still missing some key players that also play football.  None of that really mattered as both teams got off to a good start and midway through the first quarter the score was tied at 8-8.  Play then got a bit sloppy and points became harder to come by.  Going into the second quarter, Tampa Catholic led by just three, 13-10.  The second quarter was all Crusaders as they went on a 13-3 run to lead 26-13 with 3:30 left before the break.  TC extended that margin to 38-21 at the end of the half.

A 9-0 run to start the third quarter put the game out of reach for Jones.  Rushed shots and turnovers led to easy Crusader baskets.  TC led by twenty, 57-37, going into the final quarter and maintained that type of advantage throughout the fourth period, ultimately winning by the score of 77-56.

For Jones, 6’5 senior Jeremiah Barze led the way with 19 points.

Both teams came into the contest looking for their “young star” to carry them.  For Calvary Christian, the go-to guy is 6’0 sophomore guard Tristan Gross.  For Leesburg, 6’6 sophomore transfer Camerin James has quickly established himself as “next” for the tradition-rich Yellow Jackets.  Adding to the intrigue is that Gross and James are teammates on the highly successful E1T1 15U team.

Like the first game of the day, both teams got off to a good start and midway thru the opening period Calvary led by a bucket, 11-9.  Leesburg then took control behind a trio of thunderous dunks from James to lead 18-14 going into the second quarter.  Leesburg’s lead was five at the four minute mark of the period but that didn’t last long as Calvary put together a 6-0 run to take a 29-28 lead just one minute later.  The Warriors didn’t stop there, finishing out the half on a 15-4 run to lead by a dozen, 44-32.

Calvary continued to dominate the game in the second half by forcing turnovers and turning them into points.  Gross started asserting himself at the offensive end and his teammates were also connecting from behind the arc.  Ultimately, Leesburg could not generate enough offense and Calvary won big by a score of 80-58.

Gross led Calvary with a game-high 24 points.  He got plenty of help from both Daniel MacGregor, a 5’10 freshman and Trevor Parks, a 6’2 junior, as both dropped in 15 points.  Johnny Caicedo, a 6’5 junior, added 11 points and an interior presence for Calvary.

James dropped in 21 points for the Yellow Jackets.  Devin Graham, a 6’0 senior, and Andre Carter, a 6’3 junior, each contributed twelve points to the cause.

This game was to be an exciting matchup between two of the top scorers in the state: West Nassau’s 6’5 senior Dallan “Deebo” Coleman, a Georgia Tech signee and Bishop McLauglin’s Emmanuel Sharp, a 6’4 junior getting plenty of D-I interest himself.  However, Sharp won’t be cleared to play until December 10th from a broken hand suffered late in the fall.  While McLaughlin certainly has enough talent to overcome that, it does change roles for some players.

While neither team got out of the gate very quickly, McLaughlin grabbed an early lead and clung to it.  It was a two-point game with 2:30 left in the first but McLaughlin had a five-point, 14-9 margin going into the second quarter.  The Hurricanes retained that advantage, leading 19-14 midway thru the period.  At that point, West Nassau finally got some shots to fall and made stops on defense.  The Warriors closed out the half on a 6-0 run to lead 20-19.

The game continued to be close in the third quarter.  McLaughlin was making Coleman of West Nassau work extremely hard to get the ball, let alone get points.  Fortunately, West Nassau was getting help in the form of 6’5 sophomore Jye Thompson on the inside and 6’1 senior Jasper Clements on the perimeter.  McLaughlin was matching that duo with their own: 6’7 junior Dillon Mitchell and 6’5 junior Anthony Davis.  Midway thru the third quarter the score was tied at 32-32.  West Nassau was able to get a late bucket before the horn to lead by three going into the final quarter.

The lead would change hands several times in the fourth period.  With one minute to play, West Nassau was up 49-48.  Coleman was able to get loose and receive the ball for West Nassau and drove to the basket before the double-team could be established.  He was fouled and made both ends of the bonus for a 51-48 lead.  McLaughlin didn’t panic and eventually found Davis inside for a bucket.  He was fouled on the play and was given the chance to tie the game with eighteen seconds to play.  The free throw missed its mark and Coleman grabbed the rebound.  He made the first, but missed the second, giving McLaughlin a chance.  However, the Hurricanes could not get a clean look and West Nassau won a squeaker, 52-50.

Coleman finished the hardest-earned 19 points a player could ever have.  Clements finished with 15 points and Thompson tallied 13 points for West Nassau.

Davis led McLaughlin with 21 points while Mitchell tossed in 16 points.

Both teams came in among the favorites to reach Lakeland in their respective classes come March (Bartow is 6A and DP is 7A).  Bartow brings back a lot of experience from last season’s state title team while DP gets most of its contributions from underclassmen.  That experience helped Bartow get an early 8-6 advantage but DP stayed close and eventually took a 15-14 lead after one quarter of play.  The second quarter would be just as competitive as the first.  Bartow led by one, 19-18, at the mid-point but when the horn sounded for half-time, it was the Panthers of Dr. Phillips that held the lead, 25-24.

DP opened the third quarter with a flurry, outscoring the Yellow Jackets 14-6 over the first 4:30 of the period to lead by nine.  It would be the cushion the Panthers needed to hold off Bartow.  DP’s defense generally held Bartow to one shot and out for the remainder of the game.  Dr. Phillips would ultimately go on to win by ten, 59-49.

A budding rivalry, both teams are considered the favorites to emerge out of Region 2 in Class 7A.  Each team has a pair of D-I college-bound guards:  Oak Ridge features 6’5 Louisville signee Michael James and 6’4 SMU recruit Jalen Smith.  Windermere counters with 6’3 Trey Moss who has signed with South Florida and 6’4 Kanye Jones who will be headed to the College of Charleston.  Each team has a solid supporting cast for those respective duos.

Surprisingly, this contest got off to the slowest start of the five games.  The score was only 4-3 in favor of Windermere midway thru the first.  The Wolverines expanded that lead to five, 12-7, going into the second quarter.  Oak Ridge continued to push the tempo of the game, ultimately getting Windermere out of its comfort zone.  The Pioneers grabbed their first lead midway thru the second period and led by seven, 31-24, at the break.

A 9-3 run by Oak Ridge at the beginning of the third quarter pushed their lead into double-digits and the score was 40-27 in their favor midway thru the period.  Windermere didn’t back down and closed the gap to nine, 48-39, going into the final stanza.  However, Oak Ridge had another run in them and by the midway point led 61-45.  Windermere’s normally reliable three-point shooting did not make the trip with them and the Wolverines were unable to make much of a dent in the deficit.  Oak Ridge would go on to win by fourteen, 70-56.

James led Oak Ridge with 18 points.  Jeremiah Bannister, a 6’6 senior and football prospect, came off the bench to provide 17 points and a strong interior presence.

Jones of Windermere led all scorers with 24 points, many coming in creative fashion at the basket.  Moss finished with 14 points for the Wolverines.