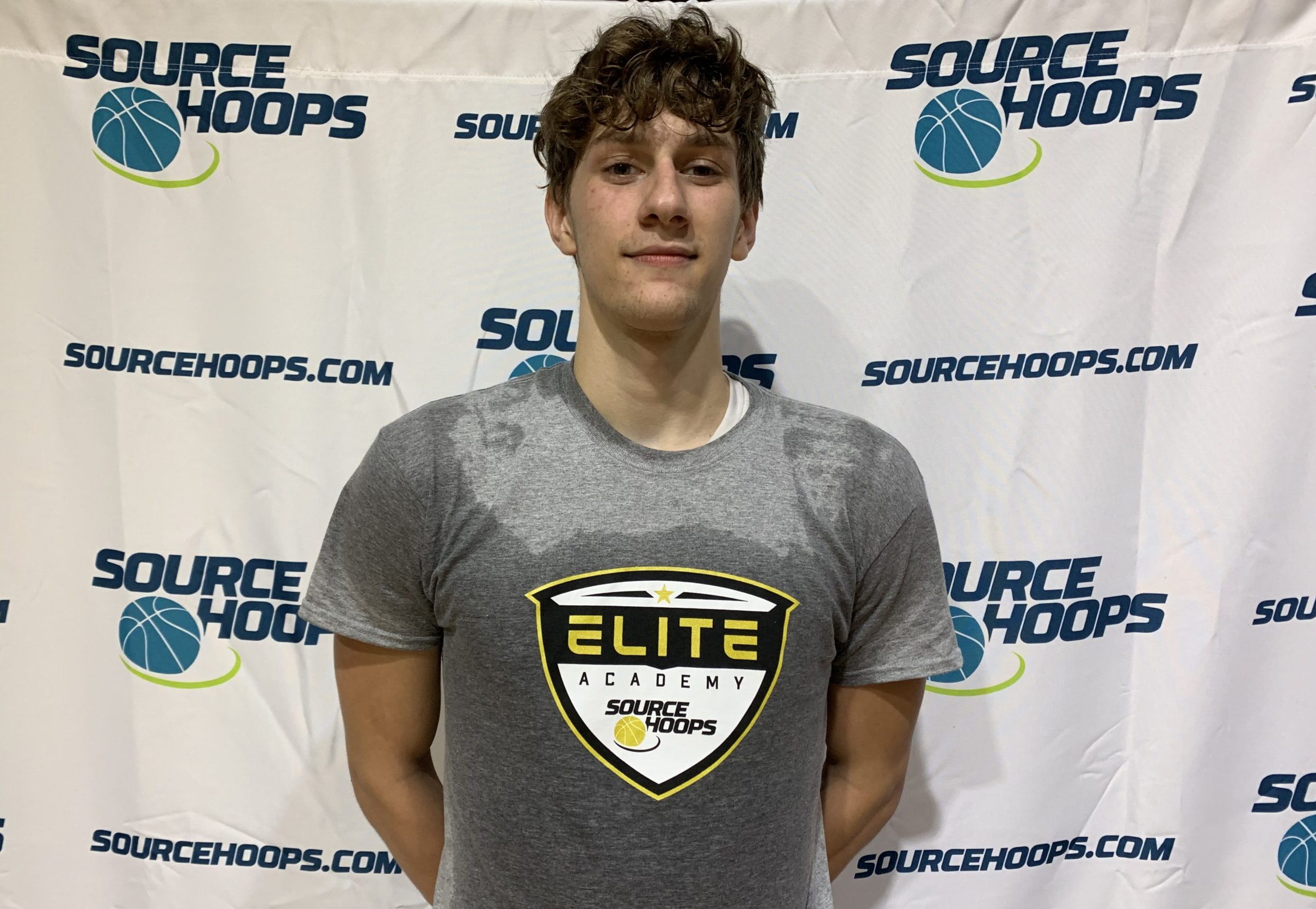 Matthew Lentz (pictured above), Tampa Durant: The 6’7 senior is a good athlete and skilled forward.  He has deep shooting range and the shot looks like it is going in every time.  Lentz can also drive the ball to the basket and score above the rim if too much attention is paid to his jumper.  He rebounds well and runs the lanes swiftly in transition.  May have had the play of the day when he drove the lane and hammered one home as a defender helplessly challenged.  Needless to say, the gym was buzzing afterwards.

Denzel Aberdeen, Orlando Dr. Phillips: The 6’2 junior is wired to score.  He can drive and finish in a crowd or connect on jumpers well past the three-point line.  Aberdeen is a solid ball-handler and a better-than-expected passer for someone that is usually the prime scoring option.  He has the physical tools to be a solid defender as he has good lateral quickness and active hands.

Calvin Johnson, Jacksonville Impact Christian: The 6’5 senior gets a lot done through energy, effort, and knowing where to be at the right time.  He plays bigger than his size, sprints the court, and makes the most of his offensive opportunities.  Those opportunities usually come on putbacks, lobs, and quick shots around the basket.  Johnson can score from the perimeter after one or two dribbles but he has yet to show much in the way of making shots outside the lane.  So far, he has been highly effective without doing so.

C.J. Hawkins, Tampa Berkeley Prep: The 6’7 junior is a strong athlete, has a great body, and plays with a motor that always runs in the red.  Hawkins excels at getting to the basket both in transitions and driving the ball in half-court sets.  He makes enough perimeter shots out to the arc to be respected by the defense.  Hawkins constantly pursues missed shots at both ends of the floor and has good touch for tip-ins.  Defensively, he plays physically but has the foot speed to step out and defend small ball-handlers.

Dean Gabrelcik, Tarpon Springs East Lake: The 6’4 senior has been a proficient offensive performer at every stop this off-season and Sunday was no different.  Whether off the catch or the dribble, Gabrelcik knocks down shots with frequency and range.  An above-average athlete, he rebounds well and can push the ball up the floor without giving it up to a guard to start the break.

Jaylen Wharton, Tampa Durant: The 6’8 junior has a high ceiling thanks to his length and bouncy athleticism.  He rebounds, runs the floor, and finishes above the rim in transition.  Wharton has good range on his shot but is best when he can drive from the high post or short corners.  He’s an active defender that challenges shots and can step out and defend on the perimeter.