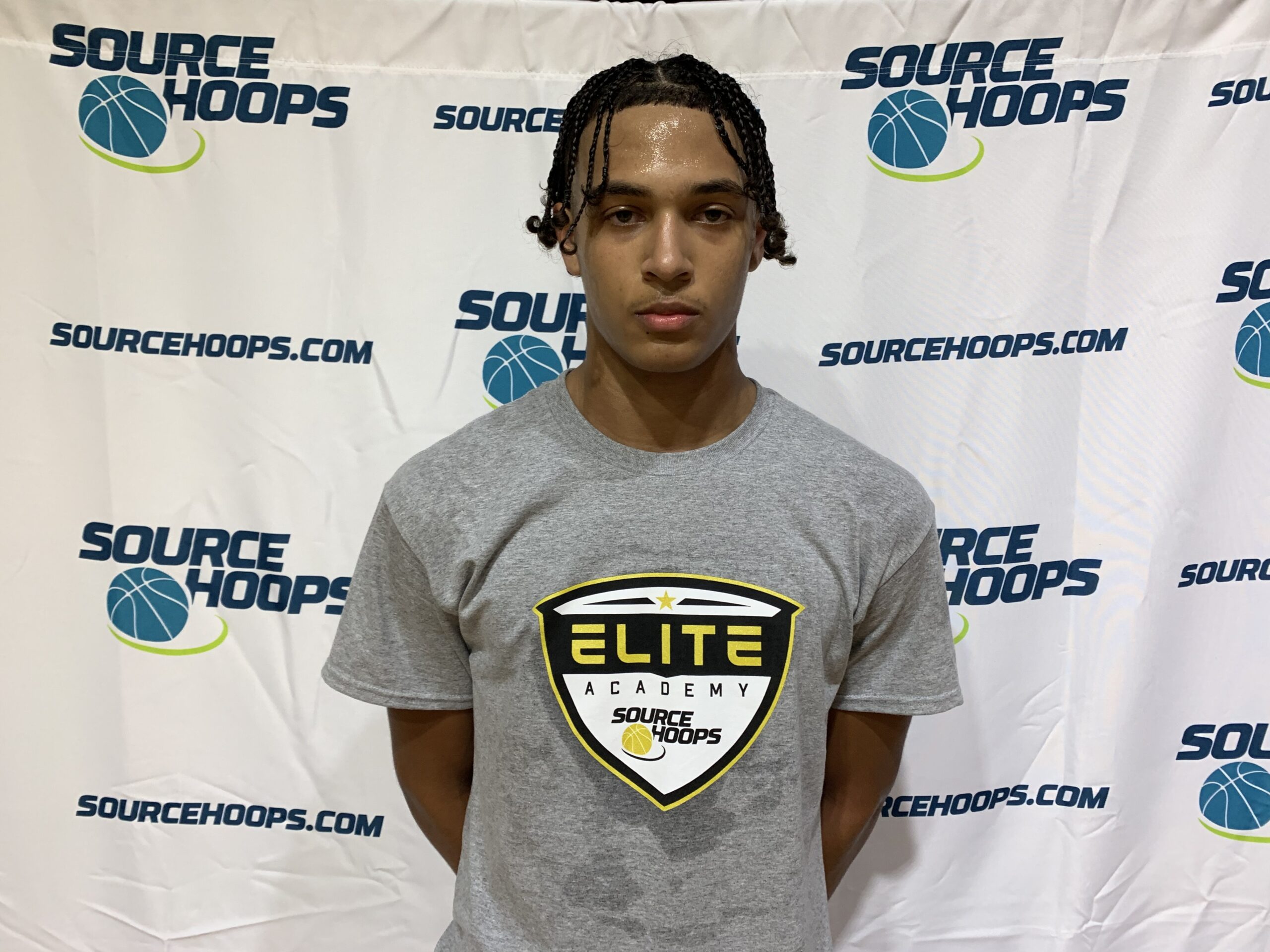 Juwan Dawes, Palm Beach Gardens Dwyer: The 6’4 junior is a move-in from Georgia and looks to be a promising piece to Dwyer’s future success.  Dawes is athletic with a strong frame and knows how to use his physical gifts to great advantage.  He quickly gets to the basket, scores well with either hand once there and pursues offensive rebounds with a vengeance.  Dawes knocked down a couple of catch-and-shoot jump shots but there still some work to be done in that area.  He impresses with his potential to defend various positions.

Xavier Washington (pictured above), Palmetto: The 6’7 senior continues to impress each time we see him.  Washington is a bouncy athlete that plays with great energy.  He attacks the basket in transition, with dribble-drives in the half-court, and when going after his teammates’ missed shots.  Washington finishes with authority well above the rim.  His effective shooting range extends to the three-point line, so he’s a potent inside/outside threat.  Washington is a physical defender and covers a lot of ground quickly on that end of the floor.

Cameron Easley, Orlando Christian Prep: A 6’7 senior, Easley’s improvement from the end of last season to now has been nothing short of remarkable.  While he has always been a very good athlete, his improvement in the areas of perimeter shooting and ball-handling give him a greater chance to play somewhere on the collegiate level.  A quick leaper with length, Easley is a good rebounder and rim protector.

Jack Klinger, Altamonte Springs Lake Brantley: The 6’8 junior was one of the more pleasant surprises on Sunday.  He has good size and frame, plays hard, rebounds his area, and has some basic offensive post skills.  While not a great athlete, he moves well up and down the floor and is able to get off his feet quickly in a crowd for rebounds.  Klinger has good form on his free throw, so it is natural to believe he will be able to extend his shooting range at least to that distance.  He may take some lumps against more dynamic athletes but Klinger doesn’t back down from the challenge.

A.J. Brown, Orlando Christian Prep: There isn’t much more to say that hasn’t already been said about the 6’4 junior wing.  A dynamic scorer, no matter what option the defense tries to take away, Brown has an effective counter measure.  He is a creative finisher off the bounce and is crafty in his ability to create space to take and make perimeter jump shots.  Brown is also an active offensive rebounder and can grab and go with the ball when he secures a miss on the defensive end.  An alert defender, he gets a lot of tips and deflections, turning those into points at the other end on a routine basis.