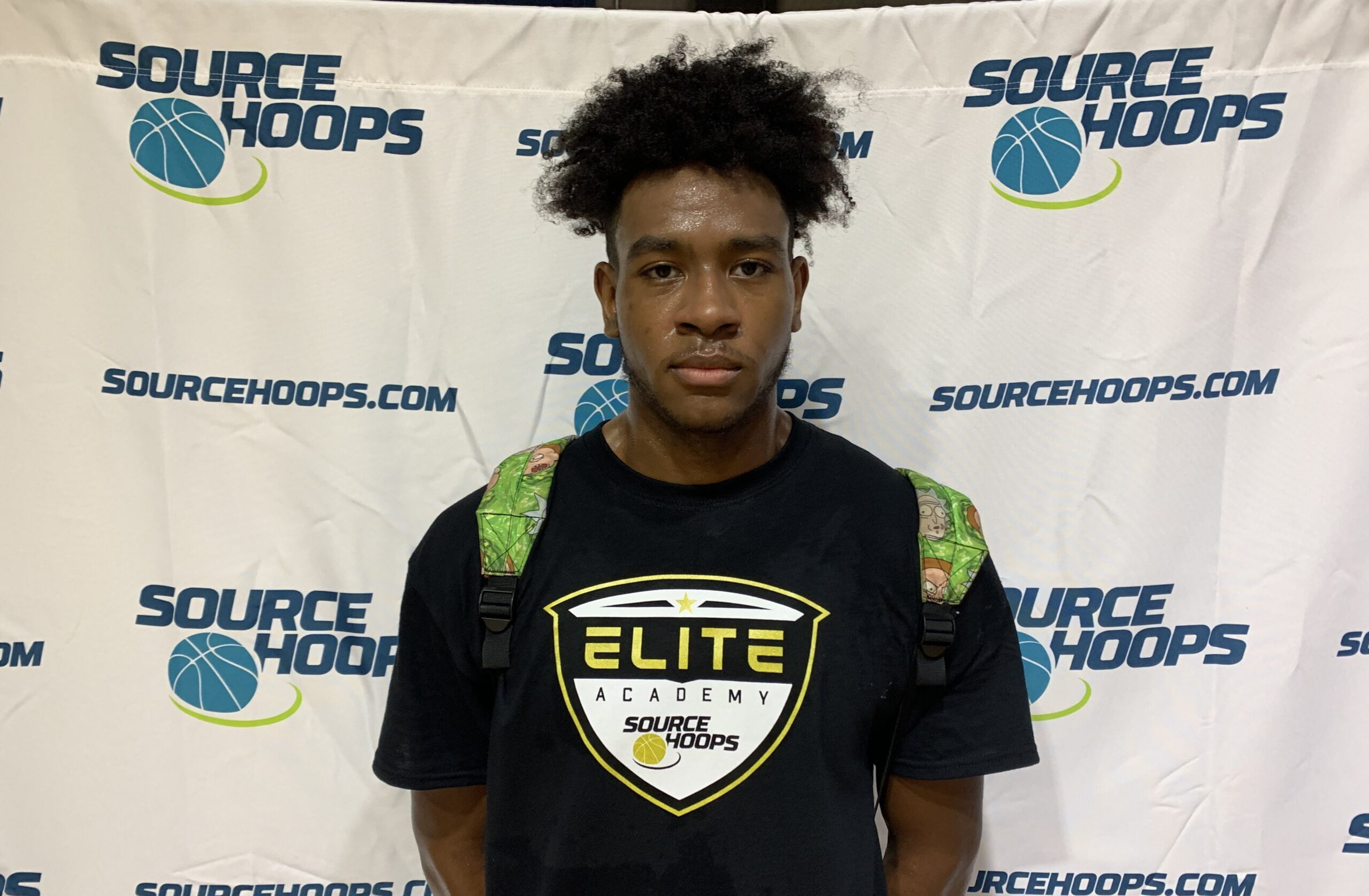 The following group of players from Palm Beach County attended as a unit.

Micah Octave, Boca Raton Olympic Heights: The 6’4 senior returns to Olympic Heights after spending his junior year at Grandview Prep.  Octave excels at getting to the basket, both in transition and in a half-court setting.  He finishes with great body control and touch with either hand on both sides of the basket.  Octave’s perimeter jumper was more consistent this past weekend than we have previously seen.  While not a point guard, he is a decent enough ball-handler and passer, pushing the ball up the floor and finding cutters and open teammates near the basket for easy shots.  A very active defender and rebounder, Octave is quick to turn misses and miscues into points for his team at the other end.

Devin Hines, Boca Raton St. Andrew’s: The 6’4 senior is a very efficient scorer.  His jump shot is accurate out to the three-point line, has a quick release, and Hines can knock the perimeter shot down off the catch or the dribble equally well.  He is also a solid ball-handler with quick moves to the basket and a knack for drawing fouls and earning easy points from the free throw line.  Defensively, he has quick feet and anticipates the passing lanes well.

Donovan Draper, West Palm Beach Forest Hill: The 6’6 senior is highly-skilled and a coveted D-I recruit.  He has the size and offensive skills to play shooting guard, the rebounding ability to play small forward, and the ball-handling skills and court vision to take on the role of point guard.  A good athlete and respectable shooter from beyond the arc, Draper is a tough cover for any defense.  He is a grab-and-go rebounder that makes good decisions on the move and routinely finds open teammates for easy shots.  Defensively he is solid, using positioning, anticipation, and effort to get stops and force errors by the opponent.

Kenny Turner (pictured above), Boca Raton St. Andrew’s: The 6’7 senior puts the “power” in power forward.  He plays physically at both ends, is a ferocious rebounder, and challenges any opponent venturing into “his” lane.  Once Turner secures the defensive rebound, he gets the ball out quickly and sprints the floor.  In half-court sets, he finishes with power and is an opportunistic scorer.  He will play a key role for St. Andrew’s in its bid to repeat as Class 3A state champions this season.

Bobby Stewart, Boca Raton St. Andrew’s: The 6’8 senior moves over from Boca Raton HS and will fit in well with his new squad.  Stewart is an excellent passer for a big, finding open teammates from both the high and low post areas.  He has a soft touch around the basket but can also pull the defense out with his perimeter shooting ability.  Stewart controls his rebounding area, outlets the ball quickly, and is a physical post defender.

Landon Brody, Boca Raton St. Andrew’s: The 6’0 senior often gets overlooked because he isn’t flashy in his play or a high-level scorer.  However, Brody does all the things it takes to win regardless of level.  He handles the ball vs. pressure without turning it over, knocks down open shots, understands when to push the pace and when to pull back, and makes the opposing ball-handler work hard when Brody is on defense.  He may be the fourth of fifth scoring option on the floor for St. Andrew’s but Brody is definitely a player the Scots want on the floor as much as possible.