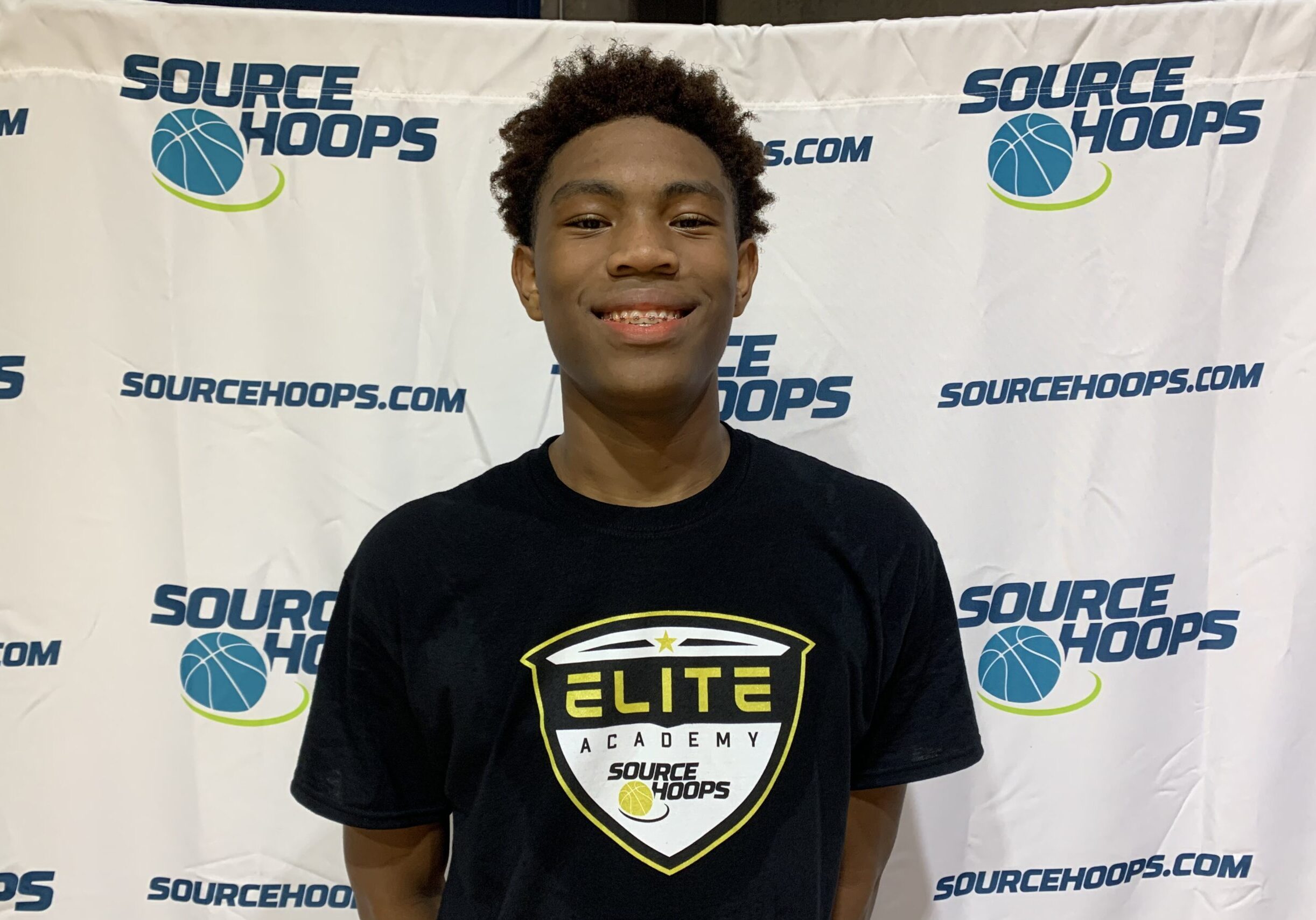 This past Sunday, SourceHoops.com put on its first ever Academic Elite Academy in Orlando.  In a unique format, this invite-only event for players with a 3.0 GPA or higher had them placed onto balanced teams and then given an opportunity to get offensively organized by current or former college level coaches before being thrown into games.  This made for an extremely competitive atmosphere and a higher-level of play than seen at many events of this type.  Several players caught our attention and we will highlight them in multiple reports as the week progresses.

Jaylen Martin (pictured above), Tallahassee Florida High: The 6’6 junior was one of the more highly-regarded attendees coming in and did not disappoint.  Martin is a very good driver and finisher as he has solid ball-skills and plenty of wiggle.  He makes good pass vs. shot decisions on the move, is a respectable perimeter shooter and far better passer than he currently gets credit for.  Martin is a grab-and-go rebounder, pushing the pace and getting the ball ahead to teammates for easy baskets.  He is also quick to the ball on defense and disrupts passing lanes.

Isaiah Howell, Oldsmar Christian: The 6’7 junior is an athletic leaper and quick to the basketball coming off the glass at both ends of the court.  He keeps balls alive with a long reach and second and third leap efforts.  Howell routinely beats the defense down the floor for scores.  When the pace is slower, he has a soft touch inside with either hand.  Howell doesn’t mind playing physically inside on the defensive end but also has the lateral quickness to step out and guard on the perimeter.

Ven-Allen Lubin, Orlando Christian Prep: The 6’7 junior combo forward is a model of consistency, effort, and production.  He has a good touch around the rim and can step out and score from the perimeter.  Lubin’s shot is consistent from inside the arc and he scores well off one- and two-dribble drives.  A sneaky offensive rebounder, he gets many points off sheer effort and determination.  He holds his own on defense, whether defending bigs inside or smaller players on the perimeter.  Lubin also makes an impact as a help-side defender and shot blocker.

Nyseia Williams, Winter Park Lake Howell: One of the better surprises on Sunday, the 6’0 senior proved to be a tough, physical guard.  A solid penetrator and passer, Williams often got teammates easy shot opportunities with his ability to collapse the defense and make good decisions.  While he didn’t shoot the ball from the perimeter much, Williams did make a fair share of those he did take.  His play this weekend should get him some notice.

Omar Figueroa, Orlando Christian Prep: The 6’0 senior is simply a tough guy to cover.  His shot has a quick release and is accurate well past the high-school three-point line.  Figueroa can create and make his own shots off the dribble.  When he heads to the basket, he is a crafty finisher in traffic.  Figueroa has good ball-skills and while he may not be a “pass first point guard”, he is certainly a solid decision maker and generally takes good care of the ball.  Defensively, Figueroa has quick hands and anticipates well in the passing lanes.