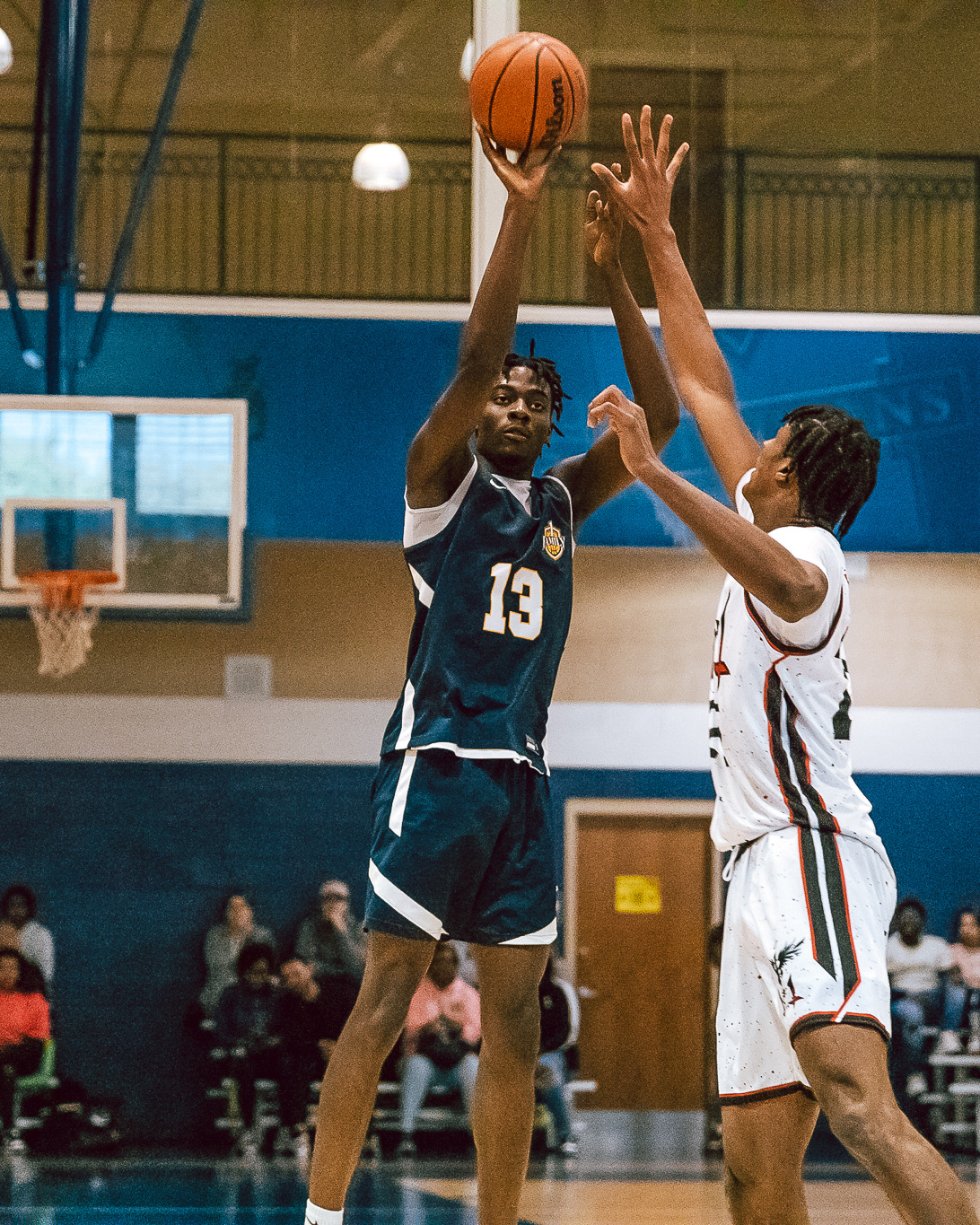 This category is annually the most challenging.  This year was no different as these players, above all others, made the most of their opportunities, resulting in a significant increase in their recruiting profile.

2023: Dylan James – 1 Family: The 6’8 forward out of Winter Haven may not have played on any of the “shoe” circuits, but wherever independent juggernaut 1 Family played, James was causing quite the commotion.  In the first live period, James was considered the most talented prospect at the Sweet Sixteen in Atlanta.  His combination of size, athleticism, and face-up skills made him a difficult cover.  At the Battle at the Beach in his backyard of Winter Haven, James again stood out playing against some of the best competition from “shoe circuit” teams from, not just Florida but across the country.  His stellar play earned him top 150 national recognition, something that has been long overdue in the eyes of Source Hoops.  In July, James showed his potential as a versatile defender as well as a “3 & D” wing at the next level.  As a result, many more teams from Power Five D-I conferences have shown interest and made offers.

2024: Asa Newell – 1 Family: The 6’9 forward out of Choctawhatchee spent time playing on both the 17U and 16U level.  No matter what level he played on, his impact was strong and immediate.  He was MIA in the April live period but quickly made up for lost time at the Battle at the Beach.  There, Newell unleashed a smooth, accurate, and consistent lefty stroke out to the arc while also showing much more aggression and confidence when attacking the rim off the dribble or pursuing rebounds at either end of the floor.  In the early part of the summer, Newell impressed at the Crossroads Invitational, one of the better national proving grounds for underclassmen.  His play earned him an invite to try out for the USA Basketball 17U team.  Despite being one of the younger players in attendance, Newell earned a spot on the squad thanks to his versatile inside-out skill set.  Newell is heading to Montverde Academy for his final two seasons of high school ball.  No doubt many high major programs will be very interested in his progress.

2025: Mikel Brown – SE Elite: Some eyebrows were raised when Adidas powerhouse program Southeast Elite gave the ball to the 5’11 rising sophomore to run the show.  Slight of stature, coming off a hand injury early in his freshman season at Orlando Christian Prep, and playing up not one but two levels was definitely going to be a challenge.  Brown met that and then some.  He quickly earned the trust of his teammates and coaches, proving to be not only a willing distributor but a guy that could manufacture points for both himself and for teammates.  Whether breaking down the defense with his dribble and scoring at the basket in a crowd or dishing off for an easy shot by a teammate, Brown was a problem.  Add to that his ability to make deep shots off both the catch and the dribble and Brown became at times unguardable.  Brown received scant national notice until the Adidas All-American Camp just before the July live periods.  Scouts marveled at his skill, feel for the game, and ability to make high-level plays.  At the Adidas 3SSB Open in Los Angeles during the last live period in July, he earned praise from national scouts who lauded his ability to elevate the play of those around him and attack the defense to make positive plays.  Sadly, he is leaving the Sunshine State to play at Sunrise Christian in Kansas this coming season.