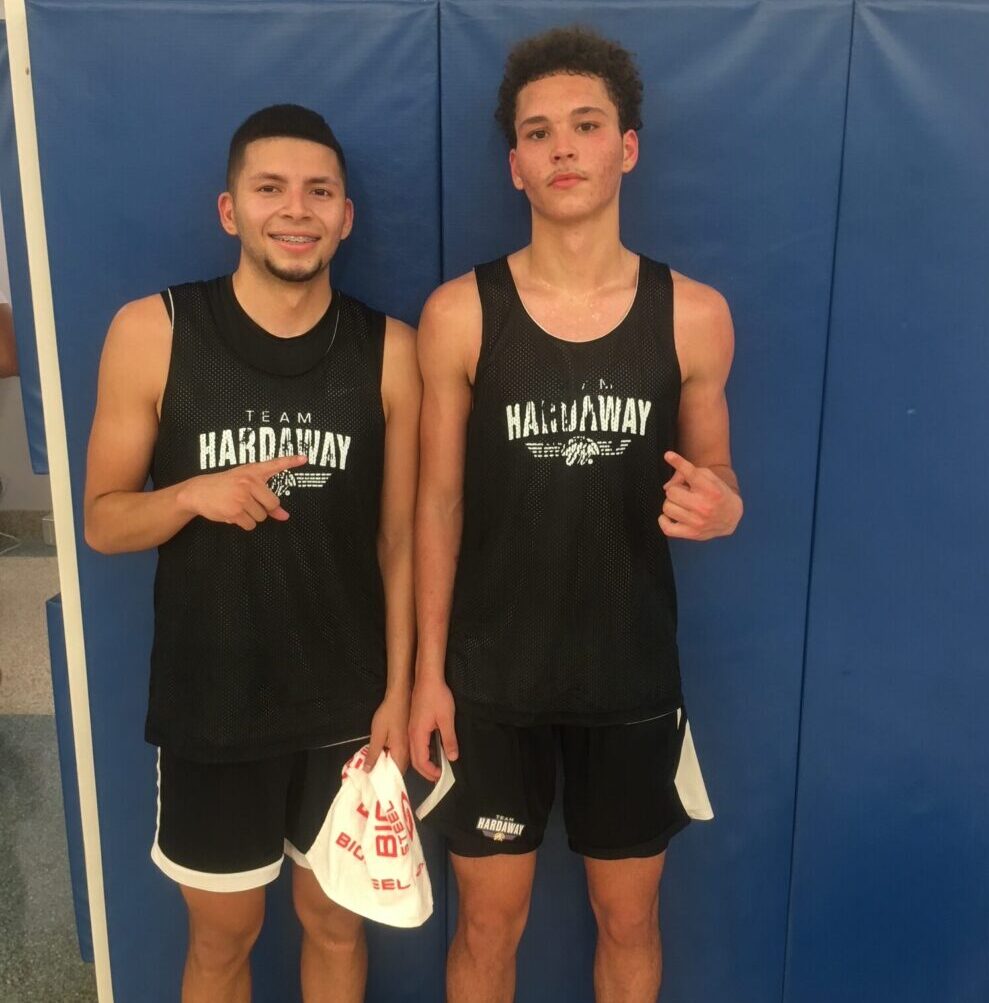 We wrap up over coverage of The Fall Festival, presented by Hoop Exchange, that took place at The Big House in Tavares over the weekend.

A program with little tradition in basketball, based on the team’s performance this past weekend that should change.  CG has a solid combination of skill and athleticism to be competitive in any contest regardless of the caliber of competition.  Ramez Zayed, a 6’1 junior guard, is charged with running the show.  He has a solid frame, is strong with the ball, and routinely overpowers defenders to get into the paint and make plays for himself and teammates.  Zayed pushes the pace at every opportunity and is alert for loose balls and careless passes into his area.  Tahir Bond, a 6’3 junior, showed that he can score in a variety of ways Saturday afternoon.  He made shots from the perimeter, beat the defense down the floor in transition, and scored in traffic through contact after driving the ball from the outside.  Bond is a good athlete that competes well on the glass.  Dom Smith, a 6’4 senior, did a little bit of everything in the game we watched.  Whether rebounding, getting the ball to open teammates, or challenging the defense with drives to the basket, Smith was always in position to make things happen.  Dylan Burrowes, a 6’7 junior, provides punch in the paint for Coral Glades.  He showed some basic but solid scoring tools around the basket, rebounded at both ends, and challenged all comers at the basket on defense.

We usually worry about the last game of any event as teams tend to come out ragged after a busy couple of days.  There was no such worry with the Spartans of Miami Country Day on Sunday afternoon.  Leading the charge was 6’0 senior Marc Wendrow.  A point guard in the purest sense, he sees the court well, delivers catchable passes at the right time and takes excellent care of the basketball.  What he may lack in athleticism he more than makes up for with his ability to run a team and execute on offense.  Wendrow may not take a lot of shots but he makes a vast majority of the ones he does take.  Running alongside him is 6’6 senior Jasai Miles.  He has been on the radar since his freshman year and continues to make strides in his game.  Miles has always been a competent perimeter shooter with an ability to finish over the rim in transition.  Sunday he showed an improved ability to pass the ball and use his physical gifts to get others easy looks on offense.  MCD has a solid one-two punch on the interior in 6’8 senior Cole McCabe and 6’8 senior Sami Elkamel.  Both are active and aggressive rebounders at both ends of the court, move well up and down the floor, and make the most of their opportunities on offense around the basket.  McCabe and Elkamel can also step away from the paint and knock down shots.  Elkamel is a bit better athlete while McCabe is a bit stronger.

We covered Palmetto a bit from the Source Hoops Fall Showcase the week prior.  Once again, they played a good team close and used a scoring run late in the contest to come out on top.  Palmetto’s three-headed monster of 6’1 junior Braylon Burbridge, 6’3 junior Randy Smith, and 5’10 senior Matthew Mairena create a lot of headaches for opposing defenses.  Burbridge has reliable range from deep on his shot and has quick, shifty moves with the ball in his hands.  Smith may not have scored 40+ points like he did when we saw him play over the summer at the FABC Team Camp, but the strongly built athlete takes and makes smart shots, rebounds well against bigger opponents, and is very disruptive in the passing lanes.  Mairena is comfortable playing both on and off the ball, scores from all three levels, and plays very hard at both ends of the court.  Alejandro Garcia, a 6’6 junior, is a bouncy athlete that challenges shots, pursues rebounds in and out of his area, and makes the most of his offensive opportunities in the paint.

Located in the Northwest corner of Orlando and Orange County, the Mustangs could surprise a lot of people this coming season.  Malachi Hampton, a 6’5 senior, leads the team with energy and toughness.  He is very athletic, quick to the basket with the ball in the half-court, a sneaky offensive rebounder, and a guy that covers a lot of ground quickly on defense to come up with tips, deflections, and steals that turn into scores going the other way.  K.J. Robinson, a 6’3 senior guard, will be counted on to pile up points from the perimeter.  He isn’t shy about taking the ball to the basket if the defense plays too close to counter his shot.  Darius Livingston, a 6’0 sophomore, continues to have an impressive fall. Quick and fast with the ball, he continuously pushes the pace, looking to either score or get teammates easy shot opportunities.  Livingston is also a capable outside shooter. Overall, this isn’t a group with size but Wekiva will make the most of their speed, quickness, and athletic ability to make every game a difficult one for opponents.

Truth be told, we caught Wolfson in a bad mismatch for them against a quality Mater Lakes team on Saturday night.  With no seniors on the roster, the Wolfpack may take some lumps this season but will no doubt have brighter days ahead.  We do however have to give mention to the play of 6’4 sophomore Cornel Wheeler.  He was really the only player to have any kind of success in the game for Wolfson.  Wheeler was very good at getting out in transition and scoring, even when challenged on the run.  He earned a lot of free throw opportunities and cashed all of them in.  While Wheeler didn’t convert the lone perimeter shot he took in the contest, the form and mechanics looked solid, so that skill should come in time.  He has good run/jump athleticism and puts it to good use when it comes to rebounding and defense.