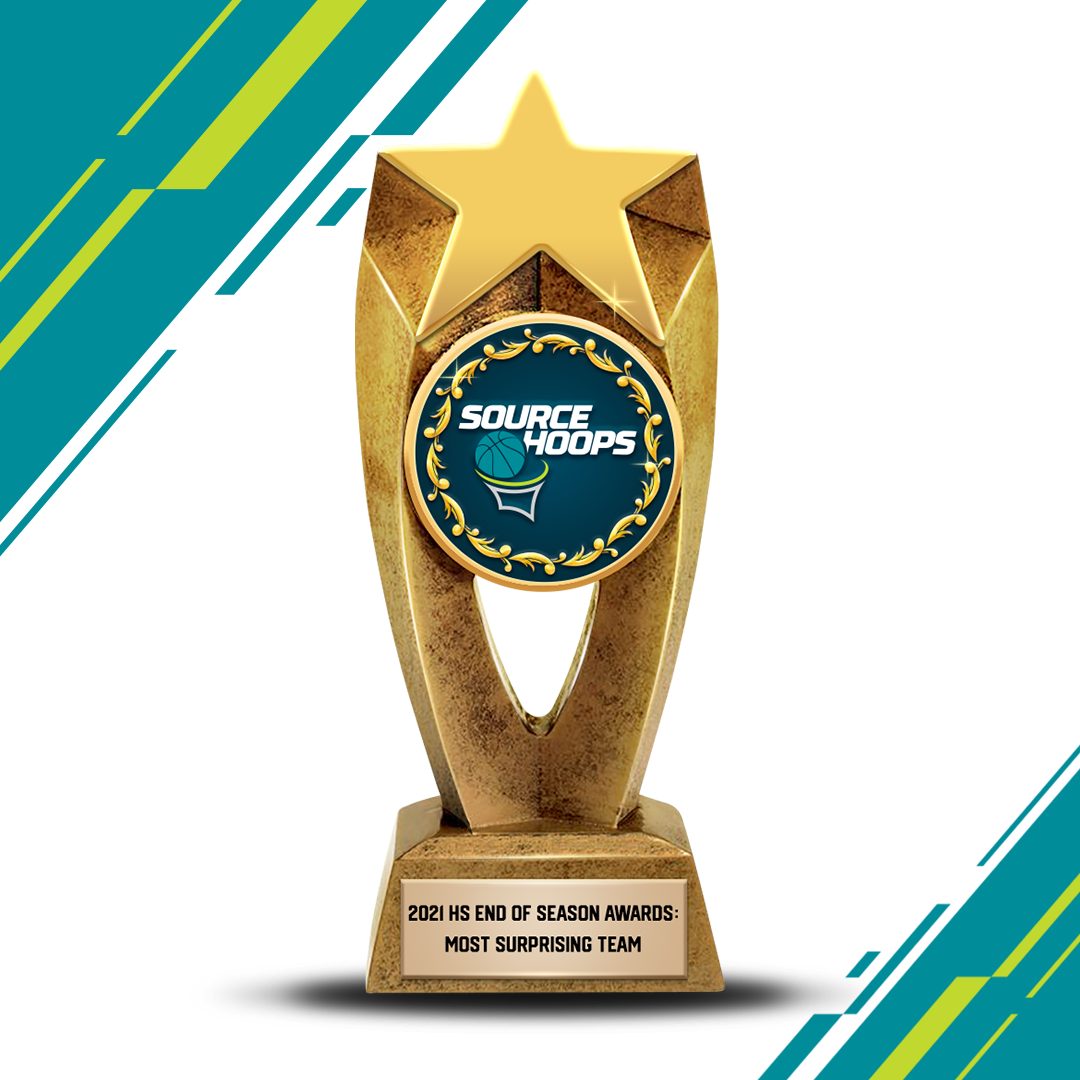 Orlando Christian Prep finished the year undefeated and claiming the Class 2A state title.  Surprisingly, this was the program’s first undefeated season.  The Warriors played a challenging schedule, defeating the likes of Oak Ridge, Windermere, Lake Highland Prep, Charlotte, and Jacksonville Jackson on the way to being the top-ranked team per the FHSAA power rankings.  While OCP’s size and talent level gave them a significant advantage in every contest, it wasn’t just a matter of the Warriors “out-talenting” teams; this group put in serious work on the defensive end, allowing only one team to score over sixty points in the regular season.  No matter the opponent or the score, their defensive intensity never wavered.  Currently, the Warriors are ranked in the top fifteen of the Fab 50 power by BallisLife.com and could finished the season a bit higher depending on how the season shakes out in other parts of the country.

Mater Academy was dealt a blow when marquee player Malik Reneau transferred to Montverde Academy in the off-season.  That challenge was insignificant when compared to the sudden and totally unexpected passing of legendary coach Marcos “Shakey” Rodriguez very shortly before the start of the season.  Though he had been groomed to succeed his dad, Eric Rodriguez was now thrown from the frying pan into the fire.  He expertly handled a group of young men dealing with the loss of a coach and father figure, as well as trying to figure out the new normal of the pandemic.  Mater Academy bonded and banded together like no team in recent memory.  They were tenacious at both ends of the floor.  The team eventually got to the Class 6A title game, falling to a very good Bartow club.  This should be considered a historic season for Mater Academy for many reasons, both good and bad.

#2 Seed: Fort Lauderdale Calvary Christian – Very talented team with great size.  Will bring back everybody of note in hopes of not just another state title but national recognition as well.

#4 Seed: Fort Lauderdale Pine Crest – One could choose either Pine Crest or Bartow for this spot and not be wrong.  The dominating play of Amen and Ausar Thompson for Pine Crest in the state playoffs earns Pine Crest the nod.  The Thompson twins are appointment viewing for basketball fans at all levels.

#5 Seed:  Bartow – Repeat champions in Class 6A, the Yellow Jackets got contributions from many different places.  Iona recruit Walter Clayton was the on-court orchestrator but guys like Amarion Frazier and Marcus Dewberry always seemed to make big plays when needed.

#6 Seed: Pembroke Pines Charter – Their run to the Class 5A title was a bit of a surprise.  However, those that watched them play were impressed.  They return enough fire power to be considered a favorite to repeat in 2022.

#7 Seed: Wildwood– A lack of size and depth puts them here but there is little question they would give any of the above a tough game.

Below is an early look at a team and player to watch in each classification heading into 2021-2022.  These are the teams and players that we think will have a breakout season