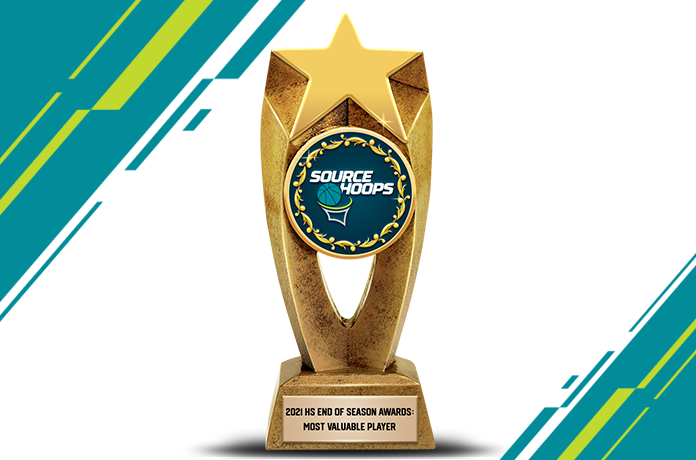 Somehow, the high school basketball season made it through the second wave of COVID and was able to crown seven class champions in Lakeland earlier this month.  Now is a good time for Source Hoops to dole out our annual End of Season Awards.  First up: Most Valuable Player.  Remember, we define the MVP as the person who was most prominent in leading his team to playoff success.

Trenton Moye, Milton Central:  Central entered the title game with an unblemished record until it ran into the Wildwood threshing machine.  For much of his entire high school career, the 6’4 Moye has been the go-to guy for Central, none more so than in this year’s playoff run.  He was scintillating in the team’s semi-final win with 32 points as well as five assists in leading the team to a 22-point win.  While Moye couldn’t duplicate that scoring total in the title game, he did what good players do and found other ways to contribute.  He grabbed a team-high eleven rebounds and dished out another five assists.  For the season, Moye averaged 19.2 PPG and 6.2 APG.  A double-figure scorer his entire career at Central, Moye improved his numbers every season and should have the opportunity to play at the collegiate level this coming fall.

Ven-Allen Lubin, Orlando Christian Prep: The 6’7 junior probably would have put up bigger numbers if OCP wasn’t as deep and he had played more minutes as the Warriors often had teams defeated not far into the second half of most games.  Lubin was always a consistent performer as his playoff numbers indicate.  Against Grandview in the semis: 13 points on 5-6 shooting to go along with 7 rebounds.  In the finals vs. Impact Christian: 14 points on 7-14 shooting and 6 rebounds.   For the season, Lubin averaged 14 PPG and 8 RPG.  OCP was the FHSAA’s only undefeated team and Lubin was a primary contributor to that unblemished record.  Lubin’s production in big moments has caught the eye of many a D-I program and he’s become a much sought-after prospect.

Emanuel Sharp, Spring Hill Bishop McLaughlin: The 6’4 junior came to Bishop McLaughlin after his father took the coaching job there and took the team to new heights.  He was relentless this season when it came to scoring the basketball.  In a loaded Class 3A, Sharp led McLaughlin to the title game, taking heavily favored Calvary Christian out of Fort Lauderdale into overtime before coming up short.  In that final game, Sharp played all thirty-two minutes, scoring a game-high 33 points.  In the semis, he was even more dynamic.  Sharp went for 39 points, nailing 21 of 22 free throws in the process.  For the season, Sharp averaged 23.7 PPG and 4.2 APG.  No doubt he will be recruited by some of the bigger names in college basketball this coming summer.

Jace Carter, Titusville Astronaut: The 6’5 senior elevated his team to the Final Four in Lakeland this season.  Carter had Astronaut near the top of the FHSAA power rankings in Class 4A all season long.  They were able to get by a young but talented Tampa Catholic on their way to a match-up with top seed and eventual champion Pine Crest in the semis.  Carter, who is scheduled to attend Illinois-Chicago in the fall, did all he could to get Astronaut into the title game, scoring 22 points, but simply didn’t have enough help. For the season he averaged 24.2 PPG and 9.4 RPG.  His ability to carry the team to near the top portion of the power ratings as well as to the state semi-finals is indicative of just how valuable Carter was to this team.

Jalil Bowles, Fort Walton Beach Choctawhatchee: For whatever reason, the 6’5 senior didn’t start the semi-final game vs. Leesburg, but eventually played “starter’s minutes” and contributed to the hard-fought, one-point win with eleven points, eight rebounds and five assists.  Bowles started the title game against Pines Charter and despite taking home the second place trophy, his play was sensational.  He pumped in a team-high 28 points to go along with seven rebounds and four assists.  For the season, Bowles averaged a modest 13.5PPG, 4 RPG and 3.5 APG on a very balanced team.  Choctaw only tasted defeat twice during the regular season.  Bowles was a key cog in the team’s success.

Ryan Sanchez, Miami Mater Academy: The 5’10 senior led a team that saw the loss of its leader in the untimely death of legend “Shakey” Rodriguez and the transfer of its best player to a spot in the 6A title game.  All season long, Mater Academy was one of the top teams in South Florida and Sanchez spearheaded their attack at both ends of the floor.  He had 27 points, 7 rebounds(!), and 4 assists in the semi-final.  Against a deep and athletic Bartow team in the final, Sanchez finished with 13 points and 6 rebounds, both tied for team highs.  For the season, Sanchez averaged 15.8 PPG.  He might not beat you with his size, but his effort, will to win, and desire make Sanchez a coach’s dream and an opponents’ nightmare.

Reggie Luis, Miami Columbus: The 6’6 senior led an underdog Columbus team to their regional final.  After losing to Coral Gables in the district final, Columbus defeated Miami Ferguson on the road and then bounced Coral Gables in a rematch at Coral Gables.  It was a quick turnaround in going from Saturday’s game at Coral Gables to Monday’s game at Western for the regional final.  In all three games, Luis was a determined scorer, averaging nearly a double-double throughout the team’s regional run. For the season, Luis averaged 23 PPG and 9 RPG.  If there is a sleeper in the state, it is Luis.  He deserves to have more looks directed his way by D-I college coaches.

Kevin Miller, Bradenton Victory Rock Prep: The Blue Devils of Victory Rock Prep have college size but needed a quality guard to get them the ball and score from the perimeter.  Enter Miller.  The 6’0 senior native of Chicago saved his best for last, leading VRP to the SIAA state title and elevating the team to a national ranking in the BallisLife.com Fab 50.  Miller was superb in the title game, finishing with 29 points.  To put it bluntly, the little guy came up big every time he took the court.