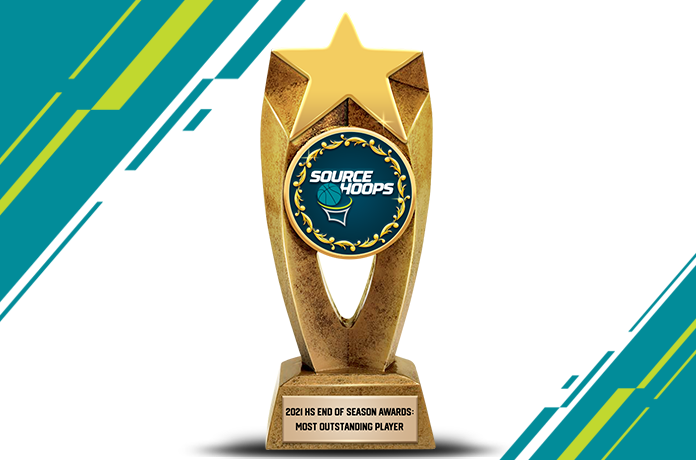 Kris Parker, Quincy Crossroad Academy: Only a sophomore, the 6’6 Parker is a do-it-all performer and proved that by leading Crossroad Academy to Lakeland.  For the season, he averaged a double-double of 19 PPG and 10 RPG while also handing out nearly six assists per contest.  A prototypical basketball player, Parker had an excellent combination of athleticism, size and skill.  He can create his own shot off the dribble on either side of the arc, is a terrific finisher at the rim and uses his physical gifts to be disruptive on the defensive end of the court.

A.J. Brown, Orlando Christian Prep: A 6’4 junior, Brown was a vital cog in the undefeated OCP machine this past season.  In the few games in which opponents challenged the Warriors to the wire, more often than not it was Brown that came up with a big bucket.  His ability to score from all three levels as well as his tenacity on the defensive end has made him a priority for several D-I college programs.  For the season, Brown averaged a modest fourteen points and 5 rebounds a contest.  Those numbers would easily be doubled if he played somewhere else, but clearly winning is more important to Brown than piling up stats.

Josh Minott, Boca Raton St. Andrew’s: The 6’9 senior is considered the best player in the Class of 2021 not playing at Montverde or IMG Academy by most national recruiting experts.  Minott has excellent ball-skills for a player his size, which makes him a matchup nightmare.  He sees the floor and passes the ball well.  Minott makes good shot vs. pass decisions when driving to the basket.  Defensively he is long, active, and anticipates passes into his area to get tips, deflections and steals.  On the year, Minott averaged 22.5 PPG, 8 RPG, 3 APG and nearly 2 SPG.  He is headed the Memphis to play for Penny Hardaway, a player that Minott compares to favorably when Hardaway was coming out of Memphis back in the day.

Dallan Coleman, Callahan West Nassau: “Deebo” is a 6’4 guard that averaged just over 24 PPG, 9 RPG and 4 APG this past season.  West Nassau took on a challenging schedule this past season, and it got Coleman and the team ready for a run to Lakeland.  Coleman consistently faced double-teams every time he stepped on the floor.  He was able to score regardless, thanks to his strength and ability to slither thru bodies to get to the basket.  Coleman shot the ball well from the perimeter and did a solid job of finding open teammates when he was attacked by multiple defenders.  He is headed to Georgia Tach for college and should make an impact in his first year as an ACC player.

Tony Green, Naples: The 6’6 Green got Naples to the final four as a junior last year and this year made the regional final until being upset by a scorching hot Tampa Jesuit team.  The fluid shooter averaged 22 PPG this season.  Green shoots the ball well from deep but has added more mid-range scoring to his arsenal.  He is quick off his feet for rebounds and his long arms usually grab the ball before taller opponents get to it.  Defensively, he covers a lot of ground quickly, gets plenty of deflections and is quick to turn steals into scores at the other end.

Tre Carroll, Punta Gorda Charlotte: A walking double-double, Carroll averaged nearly 22 PPG along with grabbing 11 RPG and rejecting 2 shots a contest.  Carroll proved to be a tough cover as he is a good perimeter shooter, tough driver that finishes well with either hand around the basket, and a guy that can post up and score with some crafty footwork.  A solid passer and ball-handler, Carroll routinely starts the break after grabbing a defensive rebound.  He has a high basketball IQ and should do well at Florida Atlantic University.

Michael James, Orlando Oak Ridge: The 6’6 James is considered one of the better two-way guards in the country, let alone the state of Florida.  His energy and aggression levels always run high and he has an attack mentality at both ends of the floor.  James’ three-point shot is reliable but is at his best when he can drive to the basket, whether in transition or in half-court sets.  He finishes with great body control and dexterity in traffic thru contact.  James is more than capable of giving up the basketball for an easy shot by a teammate on his forays to the rim.  Defensively, James guards multiple positions, thanks to a generous wing span, quick feet, and a mind set on dominating his opponent.  For the year, James averaged 19 points and 10 rebounds a contest.  He has signed to play with Louisville.

Ramses Melendez, Kissimmee Central Point Christian: The 6’7 wing improved his game each year since we’ve been watching him and has become one of the better wings in all of high school hoops this past year.  Melendez has a sweet stroke and knocks down shots off the catch or the dribble both inside and behind the arc.  He has a deceptive first step and athleticism and will put unsuspecting defenders on a poster should they under-estimate him. Despite being a bit on the thin side, Melendez doesn’t shy away from physical contact and is a solid rebounder.  At the defensive end, he moves his feet well, anticipates passes into his area, and is quick to help and recover on drives and ball-screens.