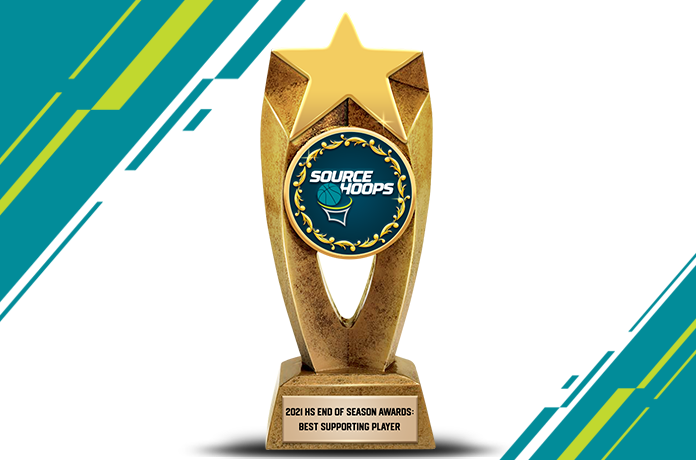 A.J. Hof, Milton Central: The 6’3 senior has been a varsity contributor all four years at Central. Content to do the “dirty work” while teammate and classmate Trenton Moye drew attention from the defense, Hof was a key part in Central’s run to the title game.  In the state semis, Hof tossed in 18 points and doled out five assists.  In the final, he led the team in scoring with another 18 points as Wildwood focused their attention on stopping Moye.  Central had a special season, nearly going undefeated until the title game loss.  Hof’s contributions in a variety of areas made it possible.

Omar Figueroa, Orlando Christian Prep: The 6’0 senior has had an excellent career for the Warriors.  This season, he spent time at both guard spots.  Whatever position Figueroa played, he was highly productive.  A first-class perimeter shooter, many an OCP run began with a three point dagger from Figueroa.  More often than not, an OCP points blitz included a steal and score by Figueroa or a transition assist for a dunk that sparked the crowd and changed the course of the game.  He has some D-I offers in his pocket and more should be coming his way.  OCP went undefeated this season but it is unlikely that would have happened without Figueroa’s impact in a variety of areas.

Dillon Mitchell, Spring Hill Bishop McLaughlin: The 6’7 junior is a high-major recruit but he’s not the focus of his offense or the opposing defense.  That belongs to teammate Emanuel Sharp.  Mitchell does pretty much everything well except shoot the basketball outside of three feet.  He shot 66% from the field this past season as most of those points came on lobs, putbacks, or transition baskets.  Mitchell is long and bouncy, getting a lot of blocks and rebounds during his time on the floor.  He is also an excellent passer and many times he facilitates the offense.  He had 14 points, 13 rebounds and five blocks in the state semi-finals and produced 12 points and 8 rebounds in the final, assisting on the final basket with

Dontrell Jenkins, Alachua Santa Fe: A 5’9 sophomore, Jenkins seemingly made big play after big play on Santa Fe’s run to the state title game.  While senior teammate and NC State signee Ernest Ross got the bulk of the attention, Jenkins spearheaded the team’s attack at both ends of the floor.  His proclivity for making buzzer-beating shots at the end of quarters is becoming legend.  Jenkins is an excellent shooter from the perimeter, takes care of the basketball, knows when to push the pace and when to slow it down and is a crafty defender.  Down three with 1:39 to play in the semi-final against West Nassau, Jenkins made a two pointer to get the team within one, hit three free throws to take the lead, and after West Nassau grabbed a one point lead with twenty-three seconds left, he assisted on the winning basket with six seconds left for the win.  In the final loss to Pine Crest, all Jenkins did was drop 31 points in an effort to keep up with the Thompson twins.  Overlook him because of his size at your own peril.

Teron Heywood, Jacksonville Lee: When Alex Fudge left Lee at mid-season to enroll at Louisiana State, some thought Lee would take a step back.  Thanks to Heywood, that didn’t happen.  While he didn’t score a ton of points (less than ten per game), Lee dished out nearly eight assists per contest and was a consistent pest on the defensive end of the floor.  Lee got to the regional final where it fell to a bigger and deeper Choctaw team.  No doubt the Generals would not have gotten that far without the 5’9 senior.

Mikey Shane, Tarpon Springs East Lake: One of the coaching adages we have heard over the years is “shooting covers up a lot of ills”.  If that is the cast, Shane is like the COVID vaccine.  His quick release and sniper-like accuracy from deep, especially off catch-and-shoot opportunities from penetrating teammates, put the power in East Lake’s high-powered offense this season.  His nine three pointers at the Wally Keller Classic tied an event record.  Shane is not just a one trick pony.  The 6’0 senior has no problem getting by overzealous defenders to score creatively at the rim in traffic.  Shane anticipates well in East Lake’s zone press and came up with numerous deflections as well as steals and scores this past season.

Ernest Udeh, Orlando Dr. Phillips: A 6’9 junior, Udeh doesn’t get many (if any) plays run for him down on the block.  That’s fine as this top-shelf athlete is lethal when rolling to the basket after setting ball-screens, usually finishing with a highlight reel level slam.  Udeh shines on the defensive end with ability to protect the rim and rebound out of his area.  He had 12 rebounds and 5 blocks in the state semi-finals and stepped up that production in the final to grab 13 rebounds and reject six Dwyer shots.  His ability to switch out and guard on the perimeter makes him a valuable commodity at the collegiate level.

Kendrick Green, Kissimmee Central Point: The White Tigers had a bunch of talent this season but one player that almost never left the floor was the 6’0 senior.  Green was a master conducting the offense and when it came time for him to score, he nearly always got points.  He may not look like it, but he has a quick first step and catches defenders off-guard when heading to the basket.  He makes good pass vs. shot decisions on the move, rarely over-penetrates, and is adept at finding teammates for open shot attempts.  Green is a sneaky defender that anticipates well, getting many deflections during the course of a contest.