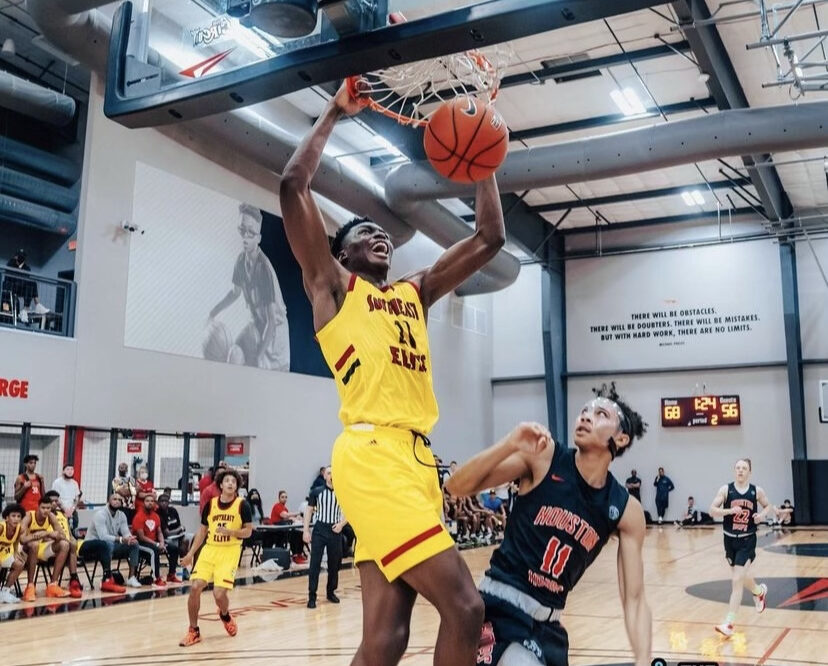 The Panthers broke thru for their first state title last year and are a strong bet to replicate that achievement this season.  A trio of high-major recruits return along with others that will certainly contribute.  Ernest Udeh, a 6’10 senior, arguably had the best spring and summer of anybody in the country.  He went from being outside the top 100 prospects nationally to a candidate for the McDonald’s All-American Game and a Kansas signee.  Denzel Aberdeen, a 6’4 senior, signed with Florida.  His ability to score from a variety of angles and distances was on full display this spring and summer, garnering him a lot of offers.  Riley Kugle, a 6’5 senior, signed with Mississippi State and is as versatile a player as you will find.  He can play the “1”, “2”, or “3” spots and create mismatches all over the court.  Support comes in the form of Jordon Tillery (6’4 sophomore), Mason Sheffield (6’2 senior), Jonathan Caceida (6’6 junior) and Carter McDole (6’6 sophomore).

Oak Ridge moved from a more difficult Region Two to Region One and with the Pioneers’ bevy of talent, should reach Lakeland once again.  Senior Fabio Basilli (6’4) is an electrifying scorer and while 6’6 senior Lewis Jones can operate anywhere on the floor.  Challenges should come from Sanford Seminole and other schools in the Orlando Metro area.  Dr. Phillips will have no shortage of challengers in Region Two.  Orlando Olympia and Windermere in District 5, as well as Tampa Alonso, Tarpon Springs East Lake, Bradenton Lakewood Ranch, Lehigh, and Sarasota Riverview all could catch fire and make a Lakeland run.  In Region Three, Wellington has built a strong program and has been impressive in the Fall.  Brendan Williams, a 6’0 senior, is the leader of the group.  Terrell Edwards, a 6’6 senior provides an interior presence.  Wellington will have to get by the likes of Kissimmee Osceola, Vero Beach, and Lake Worth to win the region.  The Lightning of Cypress Bay might be a surprise pick, but they were impressive at a couple of team camps this fall.  The three-headed backcourt monster of 6’3 senior Noah Kattan, 6’4 senior Kevin Pazmino, and 5’10 senior Max Gordon provide a bunch of scoring power and experience.  Miami High, Miami Columbus, Doral, and Miami Palmetto are the likely schools to give Cypress Bay a tussle on the way to Lakeland.

At 6’10 with a generous wing span and plenty of athleticism, Udeh is a college coach’s dream.  He plays hard, runs the floor, controls the paint, protects the rim, and makes the most of his opportunities on offense.  His post scoring is coming along, but he still gets most of his buckets on lobs, offensive rebounds, and in transition. As good as he is now, Udeh’s best basketball is ahead of him.

Aberdeen is a scoring machine.  He has deep range and consistent accuracy on his perimeter shot, scores well in a crowd at the rim, and makes opponents pay at the free throw line.  He also has good court vision and makes good decisions with the ball.  Lane, a 6’6 senior, scores inside and out, can handle the basketball, and is a sneaky offensive rebounder.  He has the physical tools to be a disruptive defender.  Bryant, a 6’5 senior, nearly averaged 20 and 10 last year at Coral Gables.  His presence may bring back some of the glory days of Stingaree basketball.  Stewart is one of the best juniors in the country.  He is a good athlete with a strong frame, has a developing skill set, and can punish defenses inside or out on the perimeter.

Year in and year out, this program simply finds a way to not only compete but defeat supposedly “better” or “more talented” teams.  Lakewood Ranch features solid guard play, team chemistry, and a collective mindset to do all the little things that go into winning.

A 6’3 senior, Kattan can be found both running the point and playing off the ball.  He is far quicker and more athletic than given credit for and will blow by opponents that aren’t alert.  Kattan also is a dangerous shooter with deep range.  He will hit shots off the bounce as well as the catch.