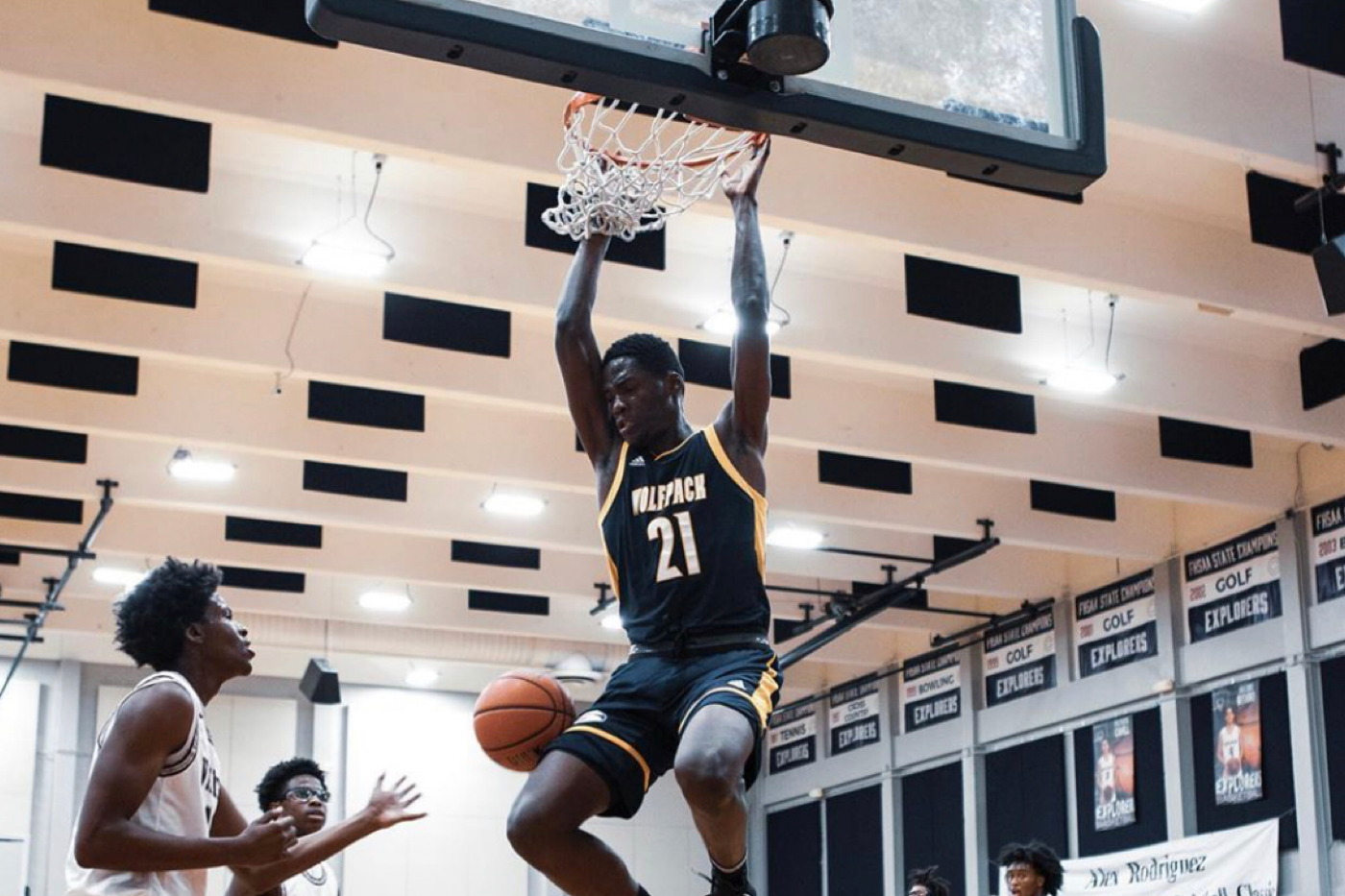 This trio may be as strong and athletic as any frontcourt group in the state, including high profile independent programs.  Glenn has signed with Michigan and should fit right in with the Big Ten’s style of play.  He plays with passion and energy at both ends of the floor and scores from inside as well as out.  Hendricks, a University of Central Florida signee, has a lot of skill for a player his size.  He may be the best perimeter shooter on the team.  With his ability to step out and score as well as post up inside and get buckets, Hendricks is a tough matchup on any level.  He is also a solid interior defensive presence.  Lorient transfers in from the Ocala area.  Bouncy with a solid frame, he has scoring tools out to the mid-range, runs the floor, and is quick off his feet for boards and blocks.  Lorient has signed with Florida Atlantic.

NBP has a more “traditional” Center-Power Forward-Small Forward Frontcourt.  Abson is a load in the post thanks to wide shoulders, good footwork, and a bevy of post moves.  He will score, go to the foul line, or both if facing single coverage.  Should Abson get doubled in the post, he is good at finding open shooters on the perimeter.  He can also step out and make shots from inside the arc.  In a bit of a surprise, Tesch will fill the “small forward” role.  He is a very good ball-handler and perimeter shooter for his size.  He can grab a rebound on the defensive end and push the ball up the floor in transition on his own.  Roberts is hyper-athletic, gets to the ball quickly coming off the glass and excels around the rim.  He is a highlight reel finisher in transition, when throwing down lobs, and when putting back missed shots.

Other than Mincy, the rest of the group are newcomers to Trinity from neighboring Forest after a coaching change.  Elijah Russell was a key factor in getting Forest to Lakeland last season.  A very active interior presence, he scores well in the paint and pursues every rebound with a vengeance.  Twin brother Jeremiah is athletic, challenges shots at the basket and covers a lot of ground defensively.  Mincy averaged close to double-digit rebounds last season.  He will likely get more scoring opportunities as defenses will be focused on either Elijah Russell or a potent backcourt.  Heard provides another big body that can rebound his area, set screens on the perimeter, and challenge opponents inside the lane.

This twin-tower combo is a monster for any opponent to handle.  Lubin, a Notre Dame signee, is a walking double-double. He scores in transition, around the basket on post-ups or offensive rebounds and by making open perimeter shots.  He is quite capable of guarding bigger players inside as well as guarding smaller players on the perimeter.  Hastings was very impressive in the summer.  His athleticism and coordination have greatly improved, as has his skill level.  Hastings has developed a reliable jump hook inside, can score with the jumper or drive from fifteen feet and is a solid rebounder and shot challenger on the interior.  One of his greatest attributes is his ability to communicate on defense and direct traffic for his teammates.

Riviera Prep didn’t play last season due to COVID concerns, but this group is ready to take the team to unseen heights.  Garcia-Araujo has been on the scene since his eighth grade year and continues to develop into a versatile performer.  He has the size, strength, and skills to punish opponents on the inside and the ball-handling, passing, and shooting skills to be effective on the perimeter.  Nnamoko is a solid combination of strength and athleticism around the basket.  He excels as a rim protector, aggressive rebounder, and opportunistic scorer on the interior.  Ametepe may not start but will most likely get starter’s minutes.  He is a bundle of energy that elevates the pace of the game whenever he is on the court.  Ametepe gets his name in the stat book via activity, energy, and aggression.