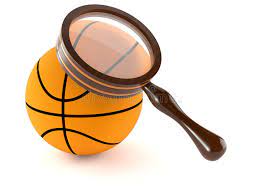 The Jaguars took the 5A crown last season.  They got bumped up a class this year but with four returning starters it sure looks like they are the favorites to take the title this year.  Kolby King, a 6’2 senior and St. John’s signee, is a do-it-all performer from the point guard spot.  He nearly had a triple-double in last year’s semi-final.  Geoffrey Sprouse and Caelum Etheridge, both senior guards, work well together.  Both are dangerous shooters from the outside, make good decisions and take care of the basketball.  Elijah Wyche, a 6’5 senior, is a high-level athlete that provides a punch in transition and pursues rebound with a vengeance.  Sammi Elkamel, a 6’8 junior, transfers in and provides support on the front line.

The bi-annual FHSAA re-classification really threw this classification into a tizzy.  Any number of teams could be the favorite in Region One which stretches from Pensacola to Jacksonville and down to Ocala.  We like the athleticism and depth of Matt Anderson’s club at Tally Lincoln.  Jaylen Austin and Bryce Cummings, a pair of 6’3 seniors, will be the team’s primary scoring options.  Expect them to get challenged by the likes of Milton, Lake City Columbia, Fleming Island, and Ponte Vedra.  Region Two, especially District 7, houses a host of contenders. However, we still like what Bartow brings to the table.  The two-time state champs have enough experience thanks to those championship runs and with 6’2 junior Kjei Parker and the presence of 6’6 senior Jaden Wynn inside, the Yellow Jackets will be a problem every night.  Not only is Bartow in District 7 but other contenders such as Winter Haven, Lakeland, and Kathleen will also fight to come out of that district.  There are a lot of unknowns in Region Three.  Wiregrass Ranch made the playoffs last season and return four of their top six scorers.  Josh Martin, a 5’9 senior, averaged just over 19ppg last season.  Deshawn Mann, a 6’0 senior and 6’1 senior King Gonzalez will need to up their scoring to double digits to get thru a challenging reason.  Expect programs like Largo, Hillsborough, and Wharton to contend.  Down south, there are a host of contenders that could make it up to Lakeland.  Palm Beach Gardens Dwyer, Stuart Martin County, Fort Lauderdale Dillard and Miami Southridge all have the necessary talent to emerge from a tough region.

The 6’3 senior and St. John’s signee flew a bit under the radar until he had a breakout spring and summer with Team Breakdown.  An aggressive two-way player, King plays in attack mode from opening tip to final buzzer.  He scores well off the bounce from both the perimeter and when attacking the basket.  King also makes good decisions on the move and finds open teammates for easy shot attempts.  Defensively, he has very quick feet, anticipates well, and is disruptive in the passing lanes and when double-teaming the basketball.

McNeal, a 6’3 junior, played up this summer and performed well.  A big point guard, he sees the floor and gets the ball where it needs to go.  He excels at getting to the basket and scoring in a crowd.  Davis, a 6’4 senior, plays bigger than his size.  He routinely outworks his opponents for points and rebounds.  Parker has been a star in the making since his freshman season.  After learning from now-Iona freshman Walter Clayton, Parker will have every opportunity to be the next great player out of Bartow.  James, a 6’8 junior, returns home after playing last year at The Rock School in Gainesville.  He has become a high-profile recruit because of his high skill level, size, and athleticism.

Fleming Island has relied on its guards the past couple of seasons for their success but this year their strength lies on the interior.  Seniors Ahman Greenidge (6’5) and Demarion Valmyr (6’7) are strong, tough, and will scoring in the lane and rebounding very difficult for opponents.

The 6’3 senior impressed at a couple of fall events.  He has a very high basketball IQ, knows where to be, how to get there, and what to do with the ball once it is in his hands.  A streaky but dangerous three-point shooter, Bloomberg does a good job of taking defenders off the dribble and scoring effectively with either hand around the rim.  He rebounds well for his size at both ends of the floor.