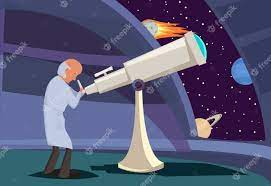 The Vikings are a very deep team and will come at opponents in waves.  Cameron Johnson, a 6’5 senior, will be “that guy” that does a little bit of everything, all of it to help his team win.  Lioneal Swaby, a 6’7 senior is the biggest of the bunch.  He will need to be very active on the glass at both ends of the court to keep Norland on the winning side.  Marcus Allen, a 6’6 sophomore, is considered one of the better players nationally in the Class of 2024.  Long and quick, he gets to the basket and scores in traffic and is capable of knocking down perimeter shots.  Another sophomore, 6’2 Clarence Burts, provides a steady hand at the point guard spot.  Other contributors will be 6’2 junior Carl Parrish and sophomores Jamal Ware (6’4), Triston Wilson (6’3) and Ken Johnson (5’11).

Choctaw was state runner-up last season.  They have an advantage over nearly every other team in the region when it comes to size.  Seniors Jaden Newell (6’8) and Brian Grant (6’8) along with sophomore Asa Newell (6’8) will own the glass.  The Indians should be able to find enough guard play to handle the pressure defenses and zones they are likely to see.  Teams such as Pensacola Pine Forest, Jacksonville Riverside, and Orange Park hope to block Choctaw’s path back to Lakeland.  The junior one-two punch of 6’8 Nehemiah Turner and 6’3 Kervin Knaggs gives the Bloodhounds a leg up in Region Two.  Turner has a big frame and can dominate the paint on any given night while Knaggs is a versatile scorer.  It won’t be an easy path to neighboring Lakeland as Leesburg, Orlando Jones, and Tampa Jesuit lie in wait.  St. Pete impressed at various fall events.  The combination of 6’5 senior Derrick Mitchell and 6’3 junior Tristan Gross are hard to handle.  Mitchell is in perpetual motion attacking the interior while Gross has a sweet jumper that he drops in from all sorts of distances and angles.  The supporting cast is more than sufficient.  Schools such as Clearwater, Punta Gorda Charlotte, and Naples hope to spring an upset in the region playoffs.  Norland will get challenges from Fort Lauderdale Stranahan, Riviera Beach Suncoast and Miami Northwestern in Region Four.

The 6’4 senior and recent Jacksonville University commit is very impressive with his creative ability to score from all three levels.  Sabino has surprisingly quick change of direction dribble moves that get him by defenders and into the basket area.  He connects on step-back jumpers from both mid-range and behind the arc and when the defense is able to contain Sabino, he is effective in finding open teammates for open shots.  He has very good defensive potential with active hands and feet as well as an aggressive attitude when guarding the ball.

Johnson plays bigger than his 6’5 size.  The senior is very active on the interior but is also an effective perimeter scorer.  Sasser, a 6’6 junior, has guard skills, can play and defend multiple positions, and scores at all three levels.  He is also a quality rebounder and passer.  James is an athletic, physical specimen that is a mixture of highlight reel finishes and old-school skills.  He is capable of carrying Leesburg back to Lakeland.  Mitchell is an energetic player that finishes well around the basket and is capable of knocking down perimeter shots.  He is also a high-level rebounder.

Terra brings back a trio of players that combined to average nearly forty points a contest last season.  Senior Mark Black tossed in 19 ppg while freshmen Jordan Delrio (11ppg) and Lucas Fernandez (9 ppg) proved they can fill it up as well.

The 6’7 senior is a combo forward with athleticism and skills. He scores inside and out and makes his presence felt on the defensive end.  He controls his rebounding area, quickly gets the outlet pass up the court, and sprints the floor in transition.  Steen finishes well above the rim at the end of the break as well as when putting back offensive rebounds.